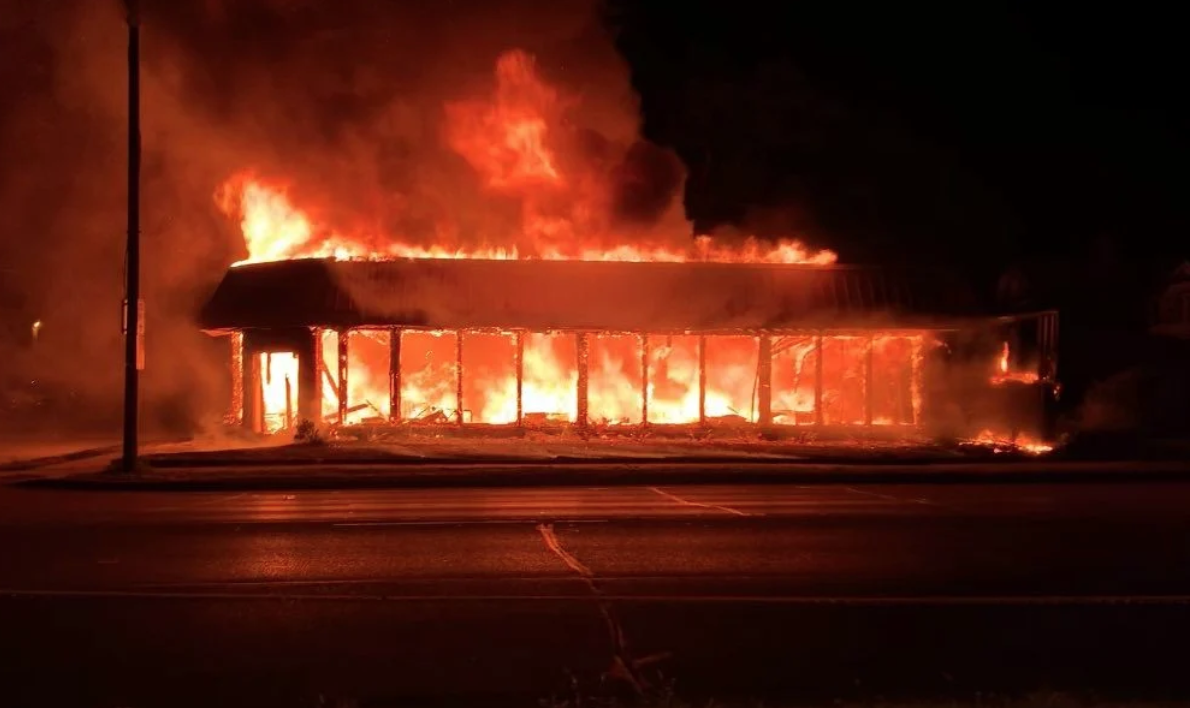 On Wednesday, President Donald Trump sent out help to Kenosha, after Democrat and Wisconsin Gov. Tony Evers finally accepted his offer to send additional support to quell the riots.

In a social media post, Trump announced, “TODAY, I will be sending federal law enforcement and the National Guard to Kenosha, WI to restore LAW and ORDER!” The president also gave an update that he had spoken with the Wisconsin Governor who had finally conceded to accept federal assistance.

The President also refused to stand back and watch as rioters wreak havoc across Democrat-led cities. In his post, Trump denounced the destruction of American cities and businesses, stating, “We will NOT stand for looting, arson, violence, and lawlessness on American streets.”

...TODAY, I will be sending federal law enforcement and the National Guard to Kenosha, WI to restore LAW and ORDER!

Initially, Trump told Evers in a social media post that the National Guard is ready to help.

Governor should call in the National Guard in Wisconsin. It is ready, willing, and more than able. End problem FAST!

However, in an interview with Fox News’s Tucker Carlson, White House Chief of Staff Mark Meadows confirmed that Evers denied Trump’s suggestion. Evers even blamed the unrest on law enforcement officers, despite admitting that he did not have enough details yet.

However, by Tuesday, things took a turn for the worse as the Wisconsin Governor finally agreed to activate the National Guard. In fact, only 250 federal officers were sent to protect the area. Evers explained that according to his Executive Order #86, he stated that federal officers are only limited to support first responders and protect critical public infrastructures such as fire stations.

He also put the city in a state of emergency and had set a curfew for residents in Kenosha, Milwaukee, and Madison. City officials also placed a protective fence around public landmarks and buildings to keep it safe from arson or vandalism attacks.

A day after, the Wisconsin Governor was forced to take even more drastic steps. Currently, Evers deployed 500 National Guard troops in the streets of Kenosha, following three shooting incidents in the city. Two of the victims died, while another was injured. It is yet unclear whether Trump had sent other federal officers aside from the National Guard, such as agents from the Department of Homeland and Security.

In a social media post by independent journalist Aaron Hernadez, he described the riots in Kenosha as a “scene out of hell” as rioters burned down several business establishments as well as car dealerships.

BLM rioters have set a car dealership lot a blaze in Wisconsin pic.twitter.com/9vtheKwtth

Up close look at the car dealership fire set by BLM arsonists in Wisconsin pic.twitter.com/Mv1CC7htiD

Like a scene out of hell, this is what BLM rioters have produced in Wisconsin pic.twitter.com/WjskzyRH5b