Wisconsin Gov Finally Asks the Help of the National Guard, Puts Kenosha in the State of Emergency 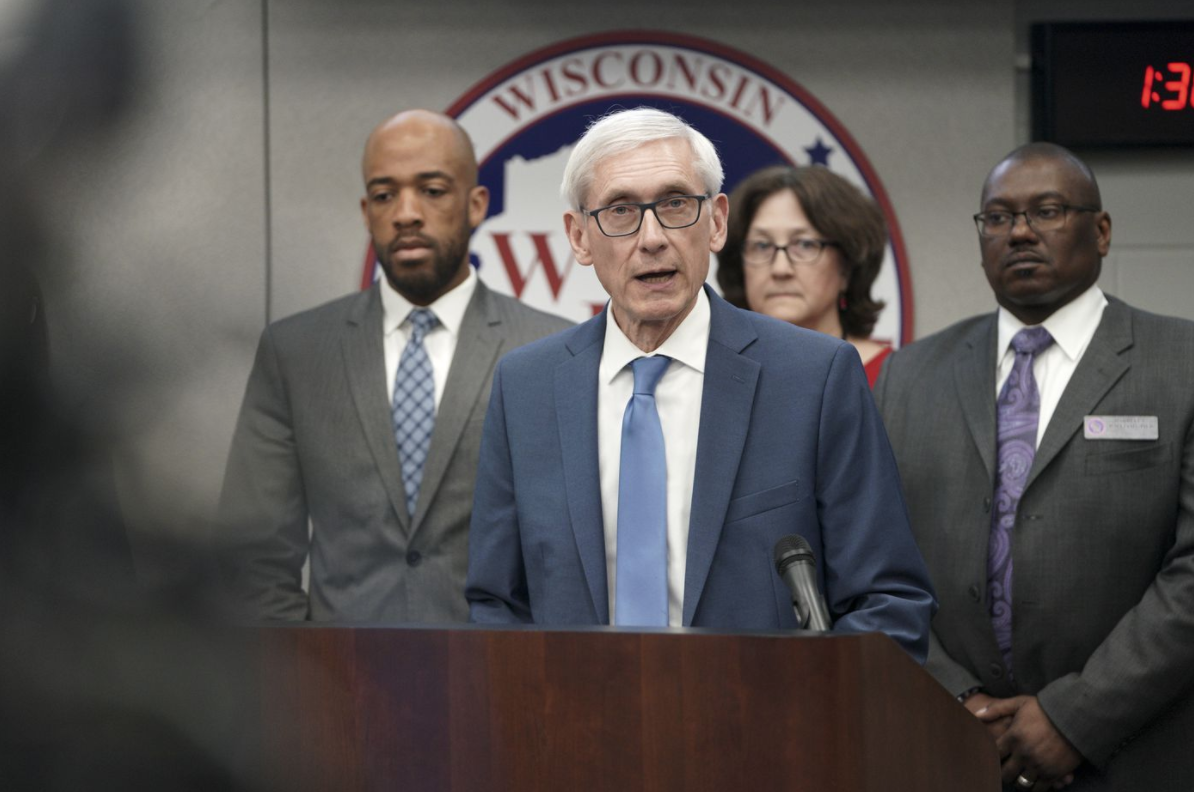 Following the unrest on Sunday night, Democrat and Wisconsin Governor Tony Evers finally heeded President Donald Trump’s suggestion to activate the National Guard as a way to control and de-escalate the growing tension in Kenosha.

In a social media post, President Donald Trump also responded to the incident by urging the Wisconsin Governor to employ the National Guard, noting that the administration is prepared to provide any additional support.

Governor should call in the National Guard in Wisconsin. It is ready, willing, and more than able. End problem FAST!

On Tuesday, Evers finally placed the city in the “state of emergency”. In connection to this, he had also set a curfew for residents in Kenosha, Milwaukee, and Madison. As Democrat leaders were constantly discouraged to ask the help of the National Guard, Evers insisted that he had only called for federal help to “protect protesters” and not to save the city from wide-scale arson and looting. In his Executive Order #86, the Governor placed Wisconsin in the “state of emergency” as a way to provide additional assistance to the state response and calls. They have also asked the National Guard to “support first responders and protect critical infrastructure and cultural institutions.”

Evers tried to defend his decision by saying that he knew that people would gather in Kenosha and other cities in Wisconsin. He continued to show his support to the protesters, stating that “Every person should be able to express their anger and frustration by exercising their First Amendment rights and report on these calls to action without any fear of being unsafe.” He also assured demonstrators that the National Guard’s role is only limited to protecting important buildings and infrastructures in the state, such as fire stations.

He also called out demonstrators to protest “peacefully”’ in their call to demand accountability. Evers also urged protesters not to listen to the radical left-wing activists who continue to wreak havoc in cities across America. Following the looting and arson incidents that had spread throughout the city, authorities had set up a protective fence around public structures to protect it from constant attacks against radical left-wing activists.

Previously, Evers condemned police officers in connection to the shooting incident. Despite admitting to the fact that he does not have enough facts to provide a full understanding of what had taken place that day. Other Democrats, such as former Vice President and Democratic nominee, Joe Biden also condoned the law enforcement authorities.

The violent unrest came after an African-American man named Jacob Blake was shot seven times at the back by a police officer while responding to a domestic disturbance. Based on the video footage, Blake managed to get away from a scuffle with police officers when he reached into the driver’s side door of an SUV. Currently, Blake remains in critical condition, and that doctors believe that he would be paralyzed from the waist down.