DEM CONSPIRACY THEORY: MSNBC Joy Reid Accuses Trump is Faking COVID-19 to Get Out of Debates 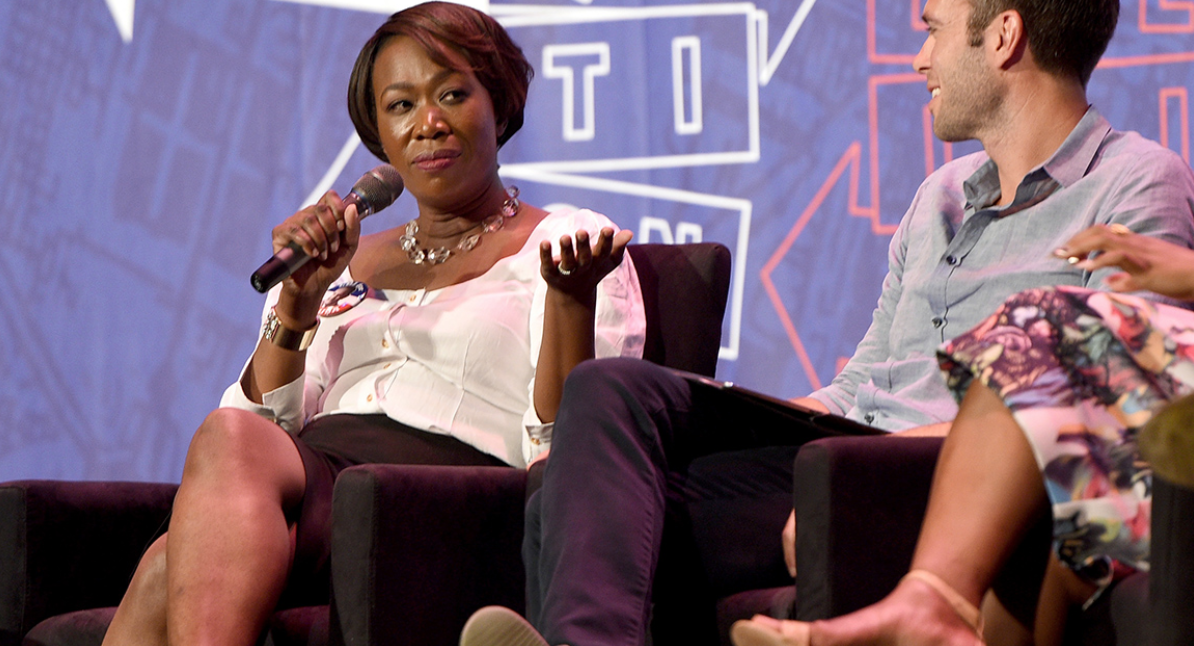 Following President Donald Trump’s COVID-19 diagnosis and his immediate discharge from Walter Reed Military Hospital, left-wing supporters suggested that the President’s illness was nothing but a publicity stunt.

In a social media post, MSNBC host Joy Reid accused President Donald Trump of faking his COVID-19 diagnosis as a way to get out of the Presidential debates. In her post, Reid wrote, “Here’s how wrecked Trump’s credibility is at this point: I’ve got a cellphone full of texts from people who aren’t sure whether to believe Trump actually has COVID.” She added that Trump “lies so much” one of her friends had to ask her whether “he just doing this to get out of the debates?’ The left-wing host reacted shortly after the President announced that he had contracted the COVID-19 virus.

It also came after the disastrous Presidential debate on Tuesday. While several left-wing establishments claimed that former Vice President and Democratic nominee, Joe Biden won, Trump believed that he was able to clearly dominate the debate proceedings.

Other Hollywood stars, such as Michael Moore, also shared his conspiracy theory. In a lengthy Facebook post, Moore referred to previous unfounded allegations from former FBI Director James Comey and former special counsel Robert Mueller. Moore went on to relieve the 2016 allegations of Russian collusion, which allegedly made way for Trump’s win.

The filmmaker continued that the Democrats have consistently underestimated Trump. Moore said that while the President seems to appear like a “buffoon,” a “jackass,” and a “dummy.” he reminded left-wing supporters that the President might appear smarter than what most people think. He went on to note that Trump could be “uncanny” and “clever,” especially since he had outsmarted Democrats and “outfoxed” Muller in the investigation of a collision. Moreover, Moore cited that Trump’s biggest accomplishment was when he tricked the electoral college of winning the elections, and beating Democratic nominee, Hillary Clinton.

Finally, Moore claimed that Trump is an “evil genius.” He also shared the speculations that the President might be using COVID-19 as a way to gain support and sympathy.

However, Republicans pushed back against the ridiculous conspiracy theory. The Hill media reporter Joe Concha responded to Reid’s accusation by citing the obvious political bias in her post. Concha wrote that it is quite concerning how a national primetime host could garner 65,000 likes while the country’s President is on his way to the hospital.

65K likes on this one from a national primetime host. Aged well with the president now on his way to Walter Reed. https://t.co/4wf51ThXvC

Your friends are basically Qanon but from the left, I’m not sure you’re doing you or them any favors by broadcasting this to the world... https://t.co/U8tkf3cANP

The same sense of insensitivity, and bias, was also seen with House Speaker Nancy Pelosi. In a report from The Patriot Hill, Republican Leader Rep. Kevin McCarthy slammed the House Speaker for saying that the President’s action leading to his diagnosis was “a brazen invitation for something like this to happen.”