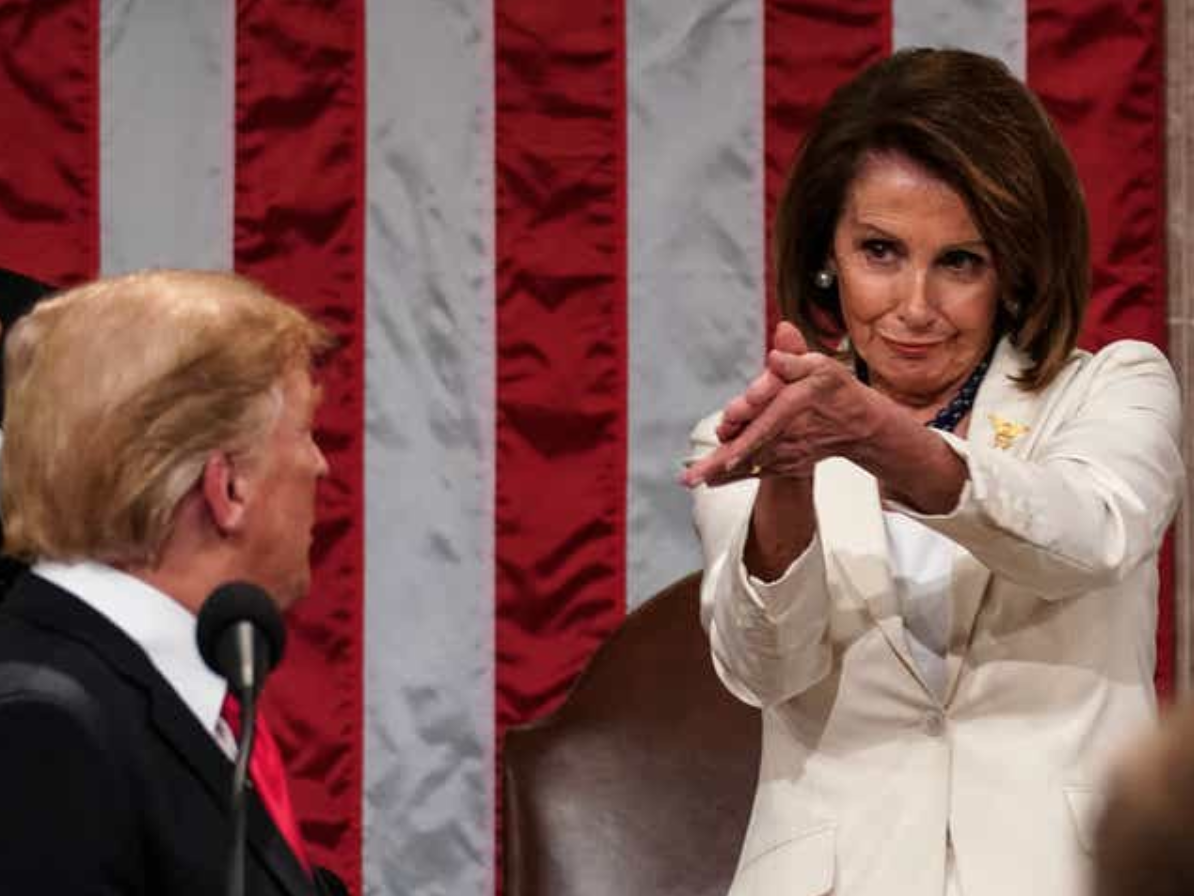 In return, Republican Leader Rep. Kevin McCarthy slammed the House Speaker for her “disgusting” comments against Trump. In a media appearance for “Sunday Morning Futures,” McCarthy claimed that the House Speaker should show more respect and consideration to the President, despite their own political differences. “This is uncalled for, especially in this time and place,” the GOP leader said. He continued that Trump’s diagnosis is a chance for America to unite and show what the country is. Instead, McCarthy criticized Pelosi for using Trump’s illness to push for a relief package. Moreover, the Republican lawmaker added that Pelosi’s attitude was “unbecoming.”

McCarthy also shared a conversation that he had with the President on Friday night. While the lawmaker expressed his concern for the commander-in-chief, Trump simply brushed it aside and said that although he appreciated the good wishes he still had work to do.

The issue started when the House Speaker made an appearance for left-wing media, MSNBC. In her interview, Pelosi said that while she was sad about the President’s diagnosis, she believed that the President’s action was “a brazen invitation for something like this to happen.” During the interview, Pelosi also pointed out that Trump’s test results should be used as an opportunity to pass her $3.4 trillion stimulus proposal which covers check payments for illegal immigrants. She also used the President and the First Lady as an example of how privilege and protection is still not a guarantee from a COVID-19 exposure.

Pelosi also claimed that while she is praying for the President and the First Lady’s rapid recovery, she argued that the results should serve as a reminder for Americans to wear their mask, and for Congress to push for more funding in terms of contact tracing.

The House Speaker also sent a letter to the House Democrats in which she indicated that her negotiations with the Administration will continue. Moreover, Pelosi also indicated the key selling points of her proposal including; unemployment insurance, finding for schools, and local governments, child tax credits, testing and tracing funds, as well as appropriations for Democratic priorities like transit.

Other Democrats such as Democratic Ohio Senator Sherrod Brown also extended her support to Trump and Melania. However, just like the rest of the Democratic Party, Brown criticized the President, his family, and staff in their refusal to wear masks during a recent event in Cleveland where the Republicans held a fundraiser. Brown also accused the President of endangering the people who have attended the said event.

In addition, Brown also blasted that Trump would not have to pay for his COVID-19 treatment, and would be shouldered by the American taxpayers. The Senator argued that while Trump could have access to the best doctors, the President, on the other hand, tried to undermine healthcare access to millions of Americans by going against the affordable Care Act, also known as Obamacare.

I wish the President, First Lady, and White House staffers a speedy recovery.

The President has the best health care in the world, paid for by taxpayers. I hope this might cause him to rethink his lawsuit to repeal the ACA in the middle of a pandemic. pic.twitter.com/iTqVubr3B8