Anti-Trump Protesters at Walter Reed: “Your Leader is Going to Die” 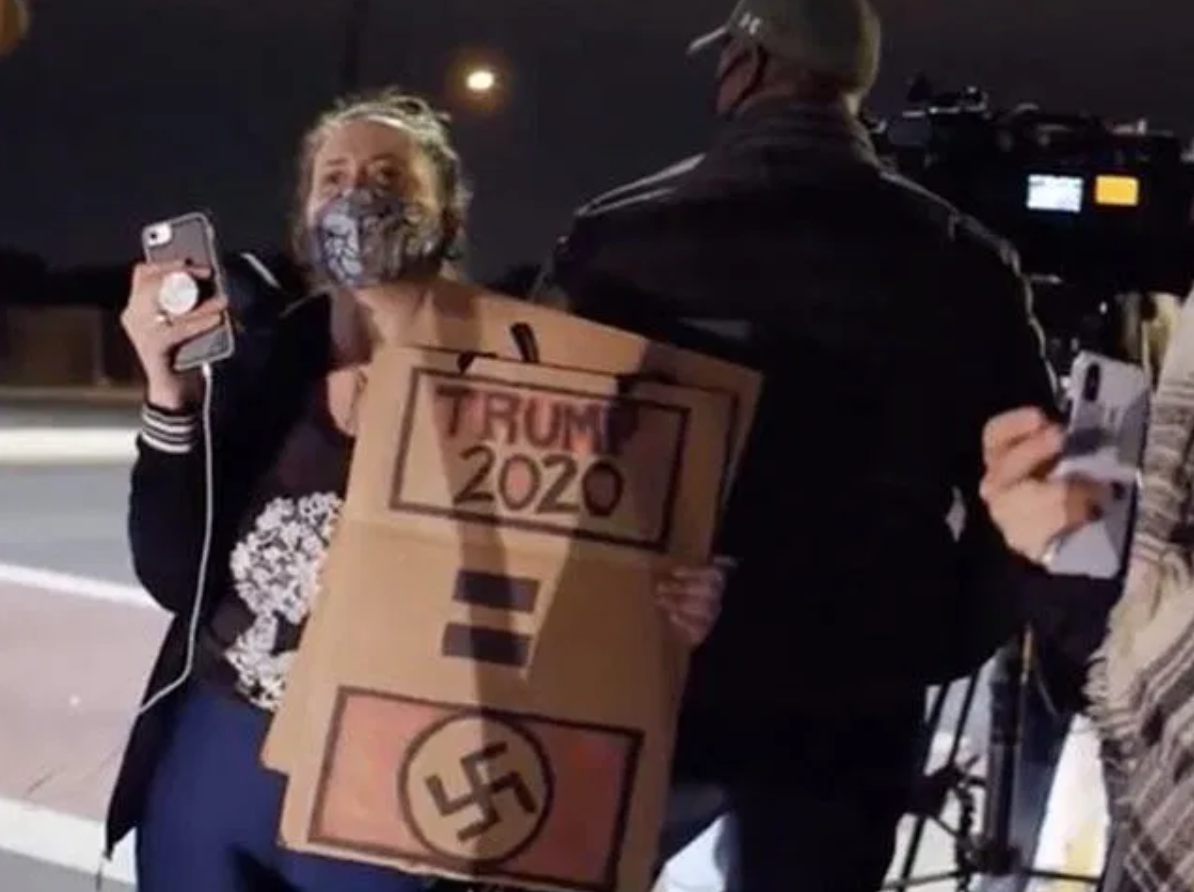 While President Donald Trump is battling a COVID-19 diagnosis, left-wing activists showed their support for the American President by taunting GOP supporters that their “leader is going to die.”

Over the weekend, Democratic supporters wasted no time in celebrating Trump’s hospitalization as they gathered outside of the Walter Reed Military Hospital. One of the protesters even waved a swastika flag and accused the President of being a “Nazi.” The protester also taunted MAGA supporters who held a “get-well” vigil outside of the facility by saying that their “leader is going to die.”

The woman made the awful remark after a MAGA supporter shot back that Trump would be America’s president in the next four years. In return, the woman retaliated by saying that “Wah wah, your leader’s going to die.” The women kept on repeating the same phrase, while the MAGA supporters were clearly agitated by the woman’s “hateful acts.”

An Antifa girl showed up to Walter Reed and is chanting “Wah wah your leader’s gonna die” from across the street pic.twitter.com/6Z3Vq66xLz

When the reporters asked the woman if she is happy that Trump contracted the virus, the woman did not try to hide her enthusiasm about the possibility of the President’s death. In fact, Politico noted that 40 percent of Democrats shared their optimism about Trump’s illness.

Another report from The Patriot Hill cited that Democrats are already openly considering options on who would step in as the next American leader if the president is unable to get well from the virus before the November 3 elections. In addition, the media outlet noted that three of the country’s top media establishments, namely, The Washington Post, The New York Times, and the Los Angeles Times, have come together to prepare for Trump’s obituary in the event of his unlikely death.

Unfortunately, the Democrat’s celebration was cut short, as White House physician, Dr. Sean Conley, D.O, assured that the president was in a stable condition. Conley admitted that while Trump was not feeling well following his admission to the hospital, the doctor assured that Trump is responding well to the treatment after he was given a dose of the emergency coronavirus drug, Remdesevir. Conley also noted that while Trump’’s initial oxygen level dipped, it immediately went back to normal.

On Saturday, Trump also gave a brief address on social media about his health condition. By Sunday, the commander-in-chief’s health seemed to improve as he gave a surprise drive-by to the MAGA supporters who were gathered outside of Walter Reed.

Then on Monday, the President announced that he was discharged from the hospital to return to the White House and resume his work. The press huddled outside of Walter Reed to take photos of the president leaving the health facility. Eventually, Trump came out wearing a surgical mask while pumping his fist in the air.

On his way to the Air Force 1, a journalist asked the President whether he is a “superspreader.” Trump did not entertain the question and gave the press a thumbs up. All of the members of the Secret service were also wearing a mask aboard Air Force 1.

BREAKING: Pres. Trump gives a thumbs up as he leaves Walter Reed Medical Center, where he was admitted Friday after testing positive for COVID-19.

The president did not answer a shouted question about others in his orbit who have tested positive. https://t.co/ycPCDibArs pic.twitter.com/YhMl1sC4P5

When he arrived at the White House, the President went upstairs to give his salute to the Air Force 1.