Melania Delivers Farewell Message: “You Will Be in My Heart Forever” 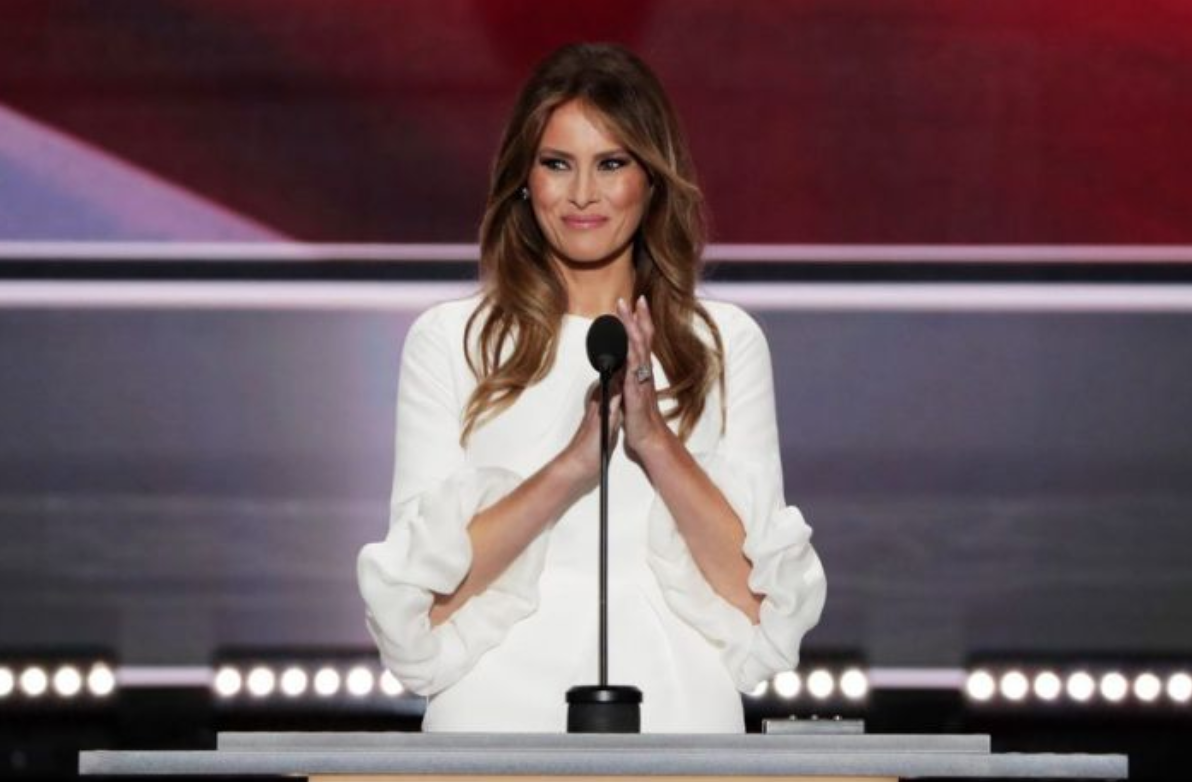 On Monday, First Lady Melania Trump delivered her farewell speech to the American people saying that she is honored to have served the country and that they “will be in my heart forever.”

In a seven-minute farewell address, the First Lady took the time to reflect on the issues and challenges that she had encountered in her four years in the White House. Melania began her speech by declaring, “It has been the greatest honor of my life to serve as first lady of the United States.”

The First Lady also took the time to thank individuals who continue to serve their communities, such as law enforcement officers, military service members, as well as caregivers, and health workers. She went on to say that their “courage, kindness, and grace” did not go unnoticed, and had continued to inspire their fellow Americans.

Melania also listed out the programs and issues concerning American children. She continued by recounting her experience visiting children in orphanages and hospitals and hearing out their struggles and difficulties. In addition, Melania also highlighted her “Be Best” campaign in her efforts to address cyberbullying.

The First Lady continued by saying that aside from her work with children, she had also worked with mothers who are struggling to overcome the opioid crisis, as well as their babies who are battling neonatal birth defects. Throughout her experiences, Melania claimed that she was “humbled” by the stories that she had heard, and celebrated the country’s diversity.

Moreover, Melania also praised doctors, nurses, manufacturers, and even truck drivers who have all worked together to save lives and ultimately resolve the COVID-19 pandemic. The First Lady also extender her sympathies for families who have lost their loved ones from the coronavirus, noting that “every life is precious/” She also urged all Americans to practice caution, and observe health and safety guidelines to prevent the spread of the virus.

She also referred to the recent Capitol riots, urging Americans to remain “passionate’’ in their advocacies, but also reminded them that “violence is not the answer.”

Finally, as Democrats continued to pursue her husband, President Donald Trump’s second impeachment, Melania delivered a message of hope and unity, encouraging Americans to see one another as a “national family.” The First Lady concluded, “No words can express the depth of my gratitude for the privilege of having served as your First Lady.” She added, “ You will be in my heart forever.”

According to reports, both the President and the First Lady are planning to break traditions and decided not to invite President-Elect Joe Biden into the White House a day before the Inauguration. They are also refusing to attend Biden’s inauguration, as Trump believed that the President-Elect had cheated his way to winning the 2020 general elections.

Melania and Trump are reportedly planning to reside at their Mar-a-Lago resort in Palm Beach, Florida, as moving trucks were spotted outside of the estate.