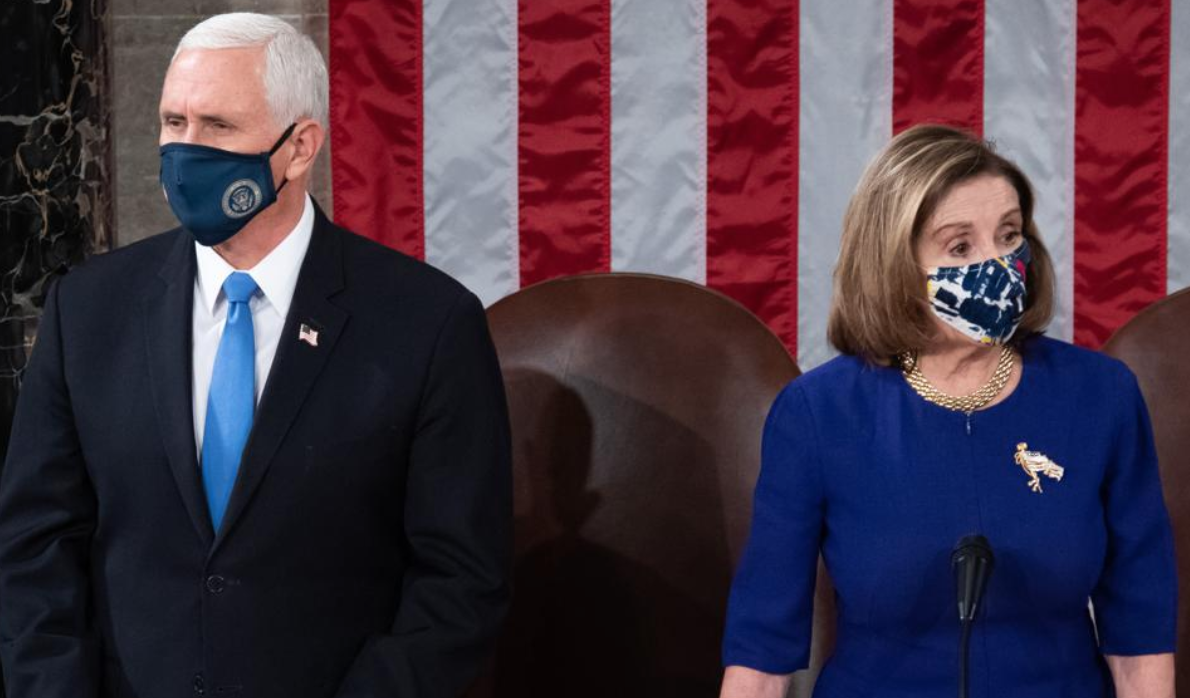 On Tuesday night, Vice President Mike Pence refused to invoke the 25th Amendment to remove President Donald Trump from the White House, by using president-Elect Joe Biden’s campaign line that it is now “time to heal” in his argument.

In his speech, Pence used the Democrat’s message of healing against Pelosi. The Vice President stated that he recognized the impact of the recent Capitol riots, adding that the American people were both “shocked” and “saddened” by Wednesday’s incident. Pence continued by saying that despite the disturbance in Congress, he still wanted to thank Congressional leaders for their commitment to reconvene and continue the certifying process.

“It was a moment that demonstrated to the American people the unity that is still possible in Congress when it is needed most,” the Vice-President said. However, Pence argued that with just eight days left from the Trump administration, he believed that invoking the 25th Amendment is not in line with the “best interest of our Nation.”

Pence continued to stand firm in his decision not to invoke the 25th Amendment. He continued by saying that despite the pressure from President Donald Trump not to certify the Electoral College votes, he still refused to follow his orders, believing that by doing so, he will go beyond his authority. This time, Pence also stood against the top Democrats including House Speaker Nancy Pelosi, and Rep. Chuck Schumer, stating that invoking the constitutional amendment will do more harm than good. In fact, Pence claimed that it was only a part of the Democrat’s political games. The Vice-President argued that the 25th Amendment was specifically designed to address instances when the President is incapacitated or disabled to serve from the office.

Then, Pence blasted Pelosi by using a bill that the House Speaker had recently filed in Congress. Pelosi’s legislation specifically provides for the removal of an incompetent President by establishing a 25th Amendment Commission. According to the bill, the Commission will be tasked to assess whether the President is fit for office based on science and facts.

He added that Pelosi’s bill specifically stated that the President’s competence to serve the public should not be dictated by a mere basis of comment or behavior, but rather by a medical condition. Pence concluded that using the 25th Amendment should not serve as a “punishment,” or a means of “usurpation,” adding that it will only become a “terrible precedent.”

Finally, Pence read a passage from the Bible, saying that “for everything, there is a season, and a time for every purpose under heaven … a time to heal … and a time to build up” and that now is that time for America.” He then urged that it is now time for the country to fulfill Biden’s message of healing. Pence ended his speech by telling Congress to avoid any actions that may trigger division in the American government, and instead work together to de-escalate the tension within the U.S government.

Despite the growing rift between the President and the Vice President, reports cite that the two were able to reconcile their difference during an Oval Office meeting. News sources even claimed that the two parted ways on good terms and had a “good conversation.” In their discussion, Pence had also assured Trump that he will not invoke the 25th Amendment to remove him from office.