Republicans Turn Against Trump after Capitol Descends into Chaos 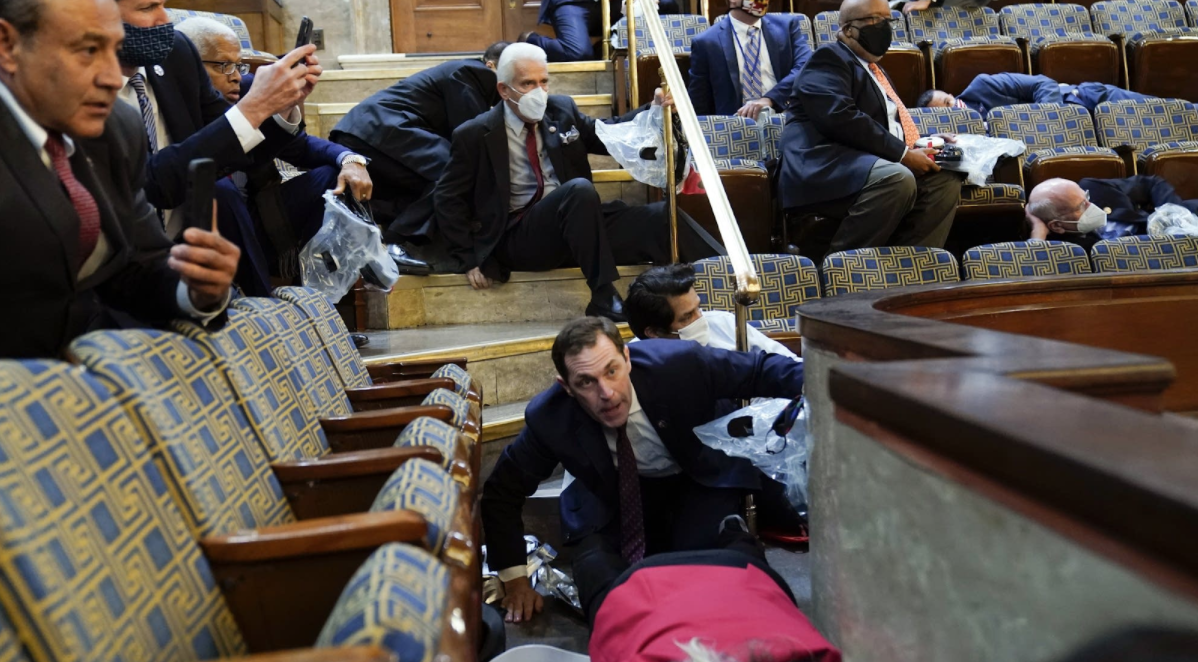 On Wednesday night, Congressional Republicans turned against President Donald Trump, following the chaos that took place in the Capitol during the certifying process of the Electoral College votes.

The session took a dramatic turn after several MAGA supporters stormed the Capitol building to show their objection against the election results. As protesters were able to force their way into the building, U.S. senators and representatives along with Vice President Mike Pence, had to be evacuated.

While the Capitol police were able to stabilize the situation at around 4 p.m, the results of the chaos were enough to stir several Republicans to turn against Trump. This is in spite of the fact that several Senators and House representatives have previously aired their support for the President’s contention against the dubious 2020 presidential election results.

After the session had resumed, Republican Sen. Josh Hawley, one of the key figures who supported Trump’s objection, admitted that the President is partly to blame for the incident. He said that while he does not think that encouraging people to storm the Capitol was a “good idea,” Hawley still believed that “the responsibility of violent criminal acts is with a violent criminal.”

Another Republican Senator, John Thune, believed that the President’s action did not help resolve the situation. In addition, Georgia Senator Kelly Loeffler, who had lost against Democratic candidate Rev. Raphael Warnock by a slim one-point advantage, also withdrew her support for Trump. While Loeffler previously vowed that she would contest the results in Congress, she earned resounding applause after she changed her mind following the afternoon’s violent incident. “I cannot now in good conscience object to the certification of these Electors,” the Georgia Senator said.

She was also joined by GOP Sens. Marsha Blackburn and Bill Hagerty, who has openly admitted that they will not join with Hawley’s plan to challenge the results. Instead, both Blackburn and Hagerty vowed that they would definitely certify Biden’s win.

Republican Sen. Mitt Romney also condemned Trump as he continued to lay the blame on the U.S President. In a statement, Romney claimed that the incident was a result of one, Trump’s injured pride, and second, the “outrage of supporters.” Romney claimed that Trump had misled the voters to believe that they can overturn Biden’s election win. In response, MAGA supporters fired back by calling out Romney as a “traitor.”

Sen. Tom Cotton also agreed with Romney. In his opening speech, Cotton urged Trump to concede with his election loss, citing that he had misled the American people to believe that they can override the Electoral College votes results. Sen. James Lankford also agreed, stating that at this point, Biden will definitely become the next President.

On the other hand, key Republican figures also condemned the ”insurrection.” Senate Majority Leader Mitch McConnell said, “This failed insurrection only underscores how crucial the task before us is for our republic.” Moreover, Vice President Mike Pence also shared the same sentiment, announcing that he will continue to certify the results.

During the incident, Trump tried to pacify the situation by releasing social media videos he continued to urge his supporters to “go home” peacefully. He also advised MAGA supporters not to harm the Capitol police.