Trump: “No Way I Lost in Georgia” 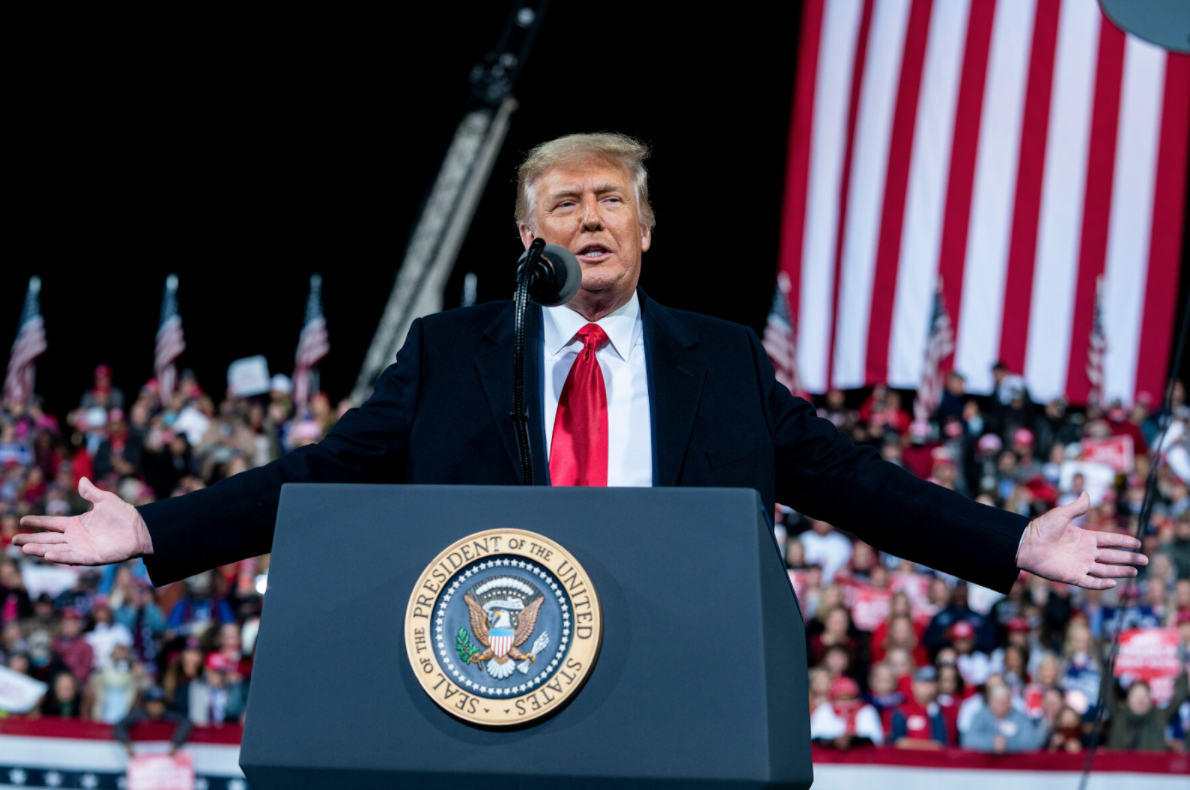 On Monday, President Donald Trump continued to insist that he had won in the state of Georgia during a campaign rally for Republican Senators Kelly Loeffler and David Perdue.

The President made a visit in Dalton, Georgia, to campaign for the two GOP senators ahead of Tuesday’s run-off elections. In his speech, the President remained adamant that he did not lose in the previous election. Instead, the President believed that former Vice-President Joe Biden cheated his way in the elections.

“There is no way we lost Georgia,” Trump said. He continued, “That was a rigged election.” However, the President refused to give in to increasing media pressure to step down and vowed that he will continue to fight the election results. “No, no, I don’t think so. I don’t concede..” He warned, “You’re going to see what happens”.”

The President claimed that he had two elections in Georgia, and in both cases, he won. In fact, Trump claimed that he earned more votes in the last elections than he did in 2016. To prove this, Trump cited that he was named as Gallup’s most admired man, noting that he cannot lose against Biden who is further down the list.

He also continued to allege that Democrats flooded the states with absentee ballots. Interestingly, Trump claimed that the failed gubernatorial candidate, Stacey Abrams had also manipulated the elections by taking out state Republicans to the “cleaners” in an effort to change the Georgia election procedures. The President also mocked Hillary Clinton by saying that she must have been asking the Democratic party why they did not do the same thing for her. The crowd responded by chanting the phrase, “lock her up.”

He also addressed the reports that several Republican senators led by Sens. Ted Cruz, and Josh Hawley will object to the certifying process of the results from the Electoral College. Hawley and Cruz will specifically challenge the results in key battleground states including Georgia, Pennsylvania, Arizona, Nevada, and Wisconsin.

Trump declared that no one can stop the GOP senators from challenging the election results. With this, the President reminded the audience that it is important for voters to choose Loeffler and Purdue since the Senate serves as the “last line of defense.”

The Commander-in-chief also proudly shared the success of the country’s economy. In his speech, Trump said that the country had never seen such unprecedented economic growth. Despite the economic shutdown from the coronavirus pandemic, Trump boasted that the stock market remains at an “all-time high.”

Trump also credited the success of the “Operation Warp Speed” in developing and distributing the vaccine. He believed that no other President might have been able to accomplish his success, or that it would have taken them longer to do what Trump did in the past four years.