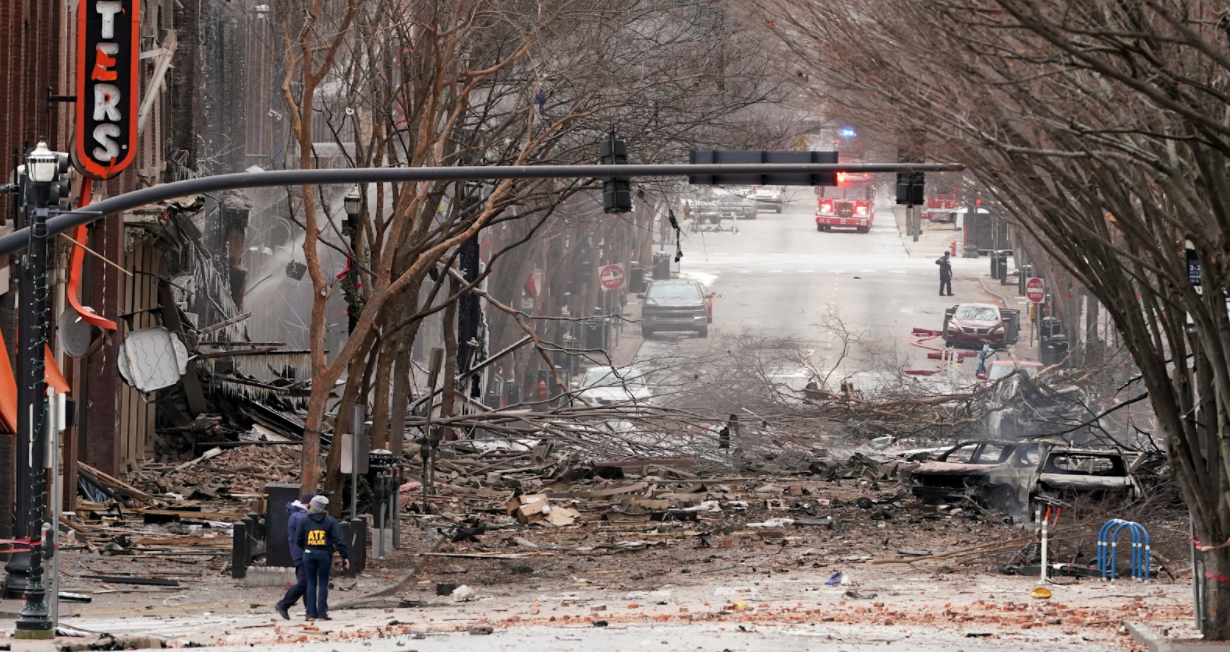 Nashville was rocked by a massive explosion on Christmas morning. The explosion caused widespread damage to the area and has affected dozens of businesses, the hospitalization of several people, and caused disruptions to the internet and mobile service in the area. Authorities have also grounded planes and the mayor of Nashville has imposed a curfew on the historical part of the city where the blast happened.

“This is not how anybody wanted to spend Christmas morning,” Nashville Mayor John Cooper said. “We are very lucky that there were not more injuries. One more event in Nashville’s 2020,” he added. The incident comes during the holidays that people are hoping would bring a sense of calm and order to an otherwise chaotic year. Instead, the explosion has brought more uncertainty not just to Nashville but to the entire country that is still struggling with the effects of the pandemic and the uncertainty brought about by the irregularities of the November elections.

The police and officials of the city of Nashville say that the explosion is intentional and they are promising to use all of their resources in identifying who perpetrated the attack. While there is no confirmation yet as of this writing of fatalities, reports say that possible human remains have been found in the blast site. Authorities are examining the remains to determine if they are really human.

At around 5:30 a.m. residents living along Second Avenue which housed restaurants and bars heard what seems to be an amplified recording of gunshots. Then there was a recorded voice coming from an RV that warned them about an explosion.

Betsy Williams who lived near the blast site described the recorded voice: “It was a computerized message of ‘Evacuate now. … This vehicle has a bomb and will explode,’” she said.

After that, the recorded message switched to a 15-minute-countdown. The police responded to reports of gunfire, instead, they found the RV with the mysterious countdown going on. They immediately called in the bomb squad to check the vehicle. At around 6:30 a.m. the bomb within the RV detonated causing widespread damage near the area.

“We do believe the explosion was an intentional act,” Aaron, the spokesman for the police department said though they still have no idea as to who is responsible for the bombing and why they would target Nashville.

According to the White House, the President has been briefed about the incident and that he will continue to get regular updates.