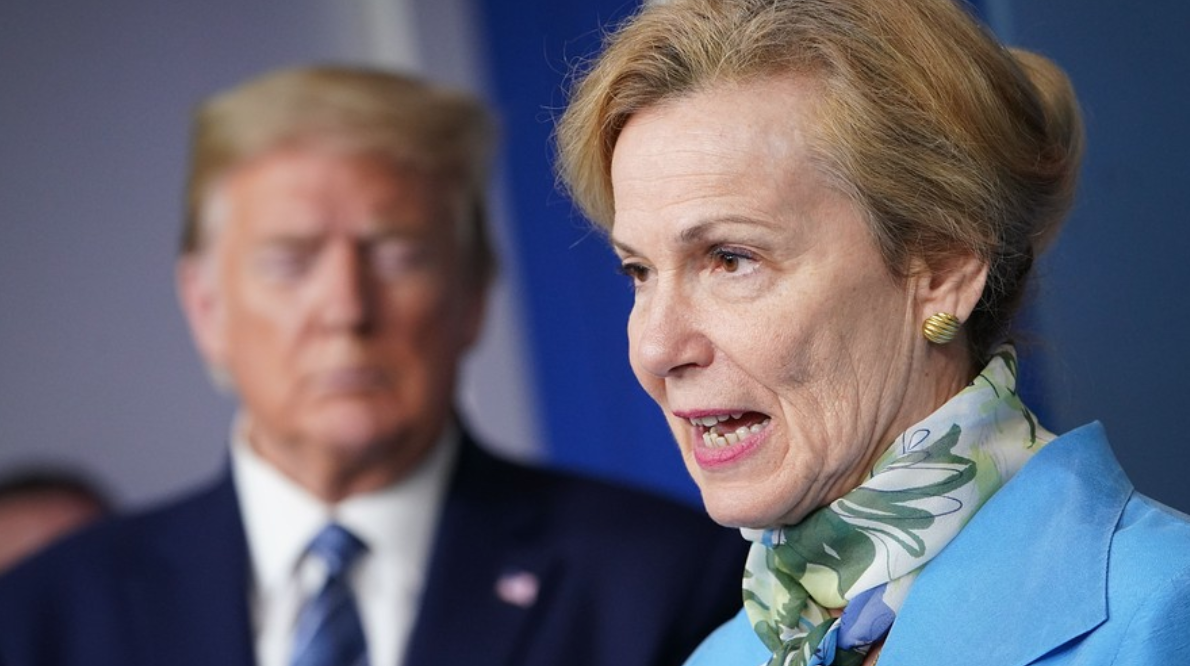 A day after Thanksgiving, White House coronavirus coordinator Dr. Deborah Birx violated her own health advice, as she warned Americans to remain “vigilant” and to limit celebrations to immediate members of their household.

Unfortunately, Birx failed to follow her own stern guidelines after she traveled to her vacation properties on Fenwick Island in Delaware. During her trip, she was accompanied by three generations of her family, including her husband, daughter, son-in-law, and her grandchildren. Since the White House coordinator is currently based in Washington, D.C, while her daughter lives in Potomac, Maryland already means Birx and her daughter come from two different households.

To make matters worse, the Disease Control and Prevention discouraged Americans from traveling to meet with their family members, as coronavirus cases continued to rise. The CDC specifically instructed that “People who do not currently live in your housing unit, such as college students who are returning home from school for the holidays, should be considered part of different households.”

However, Birx denied that they were made up of two households and instead insisted that they were all a part of her “immediate household.” Birx explained that while she and her daughter live in two different homes, she called her Potomac home a “three-generation household,” which houses her daughter and mother. The White House later clarified it as a four-generation household. Moreover, Birx denied that she went home to Delaware to celebrate Thanksgiving. She claimed that the real reason for her trip was to deal with the “‘winterization” of her property for a potential buyer. The White House coordinator added that she was unable to work on it simply because she had become really busy in the past few months,

The leading immunologist then refused to have an interview or provide further information. While Birx continued to hold a position as a member of the coronavirus task force, reports suggest that she does not have any plan to step down and shared that she wanted to have a more “significant role” as former vice-President Joe Biden “transitions” to the White House. According to the Associated Press, Birx had made it clear to the new administration that she would still want to continue working for the coronavirus response effort. In fact, the AP was excited that the White House coordinator “envisions” herself to take on bigger roles for the Biden administration and had already reached out to the transition team to ensure her post.

However, Birx’s colleagues believed that her actions should be enough to remove her from the task force. Dr. Angela Rasmussen, a virologist at the Georgetown Center for Global Health Science and Security, believed that Birx’s actions should immediately “disqualify” her from any future positions as she endangers public health.