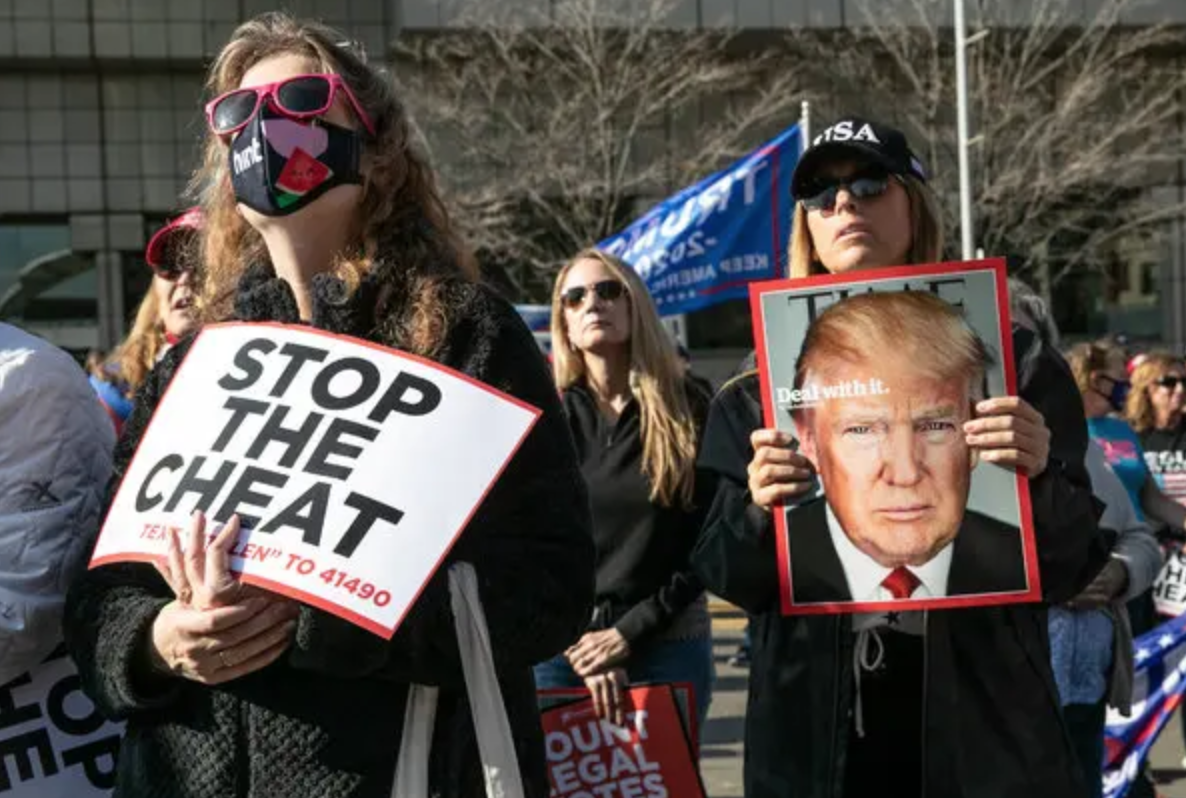 Shockwaves rang across the state of Michigan after Wayne County reversed their decision to certify former Vice-President Joe Biden’s win following a 2-2 deadlock among Republican and Democratic canvassers.

The state’s biggest county made the decision after an angry crowd of Democratic supporters hounded and bullied the two Republican canvassers, forcing them to reverse an earlier decision that they had made that day. According to a report from the Washington Post, the election board, which was composed of two Republican and two Democratic canvassers, arrived at a deadlock on whether they would have to certify after they have observed disputes and discrepancies over the election results.

The news was celebrated among Republican supporters, as it would delay the announcement for Biden’s win. In a statement, Michigan GOP Chairwoman Laura Cox proudly announced the results. Cox believed that the decision is proof that there is “enough evidence of irregularities and potential voter fraud was uncovered, resulting in the Wayne County Board of Canvassers refusing to certify their election results.” The GOP Chairwoman continued by saying that the delay would give election officials to get at the “bottom” of such serious allegations. Cox finally concluded that the decision is to assert that the people of Michigan deserved a “fair,” “open,” and “transparent” election.

Unfortunately, despite the evidence, the Republican victory remained short-lived. Within a matter of hours, thousands of angry Democrats had pressured the Republican canvassers to backtrack from their own decision. In a report from Detroit News, Wayne County residents protested against the deadlock. Rather, the Republican canvassers were compelled to certify with the elections, with the belief that Secretary of State’s Jocelyn Benson would conduct a “comprehensive audit” on the irregularities of the results.

However, the state has yet to confirm whether the audit was conditional or a mere request. The news came after canvassers noticed that some of the results from the County precincts simply did not add up. In fact, the number of ballots cast did not tally with the number of ballots that were counted. According to affidavits that were filed by over 100 observers, they claimed that several individuals had seen ballots that were being counted multiple times, or even ballots arriving at the dead of the night. Worse, some of the observers were also blocked from watching the counting process.

In addition, a virtual meeting was broadcasted to promote transparency; however, it seemed that the link was not working. The video only started to work when Republican member William Hartmann announced that the vote had been made in favor of giving the election certification to Biden.