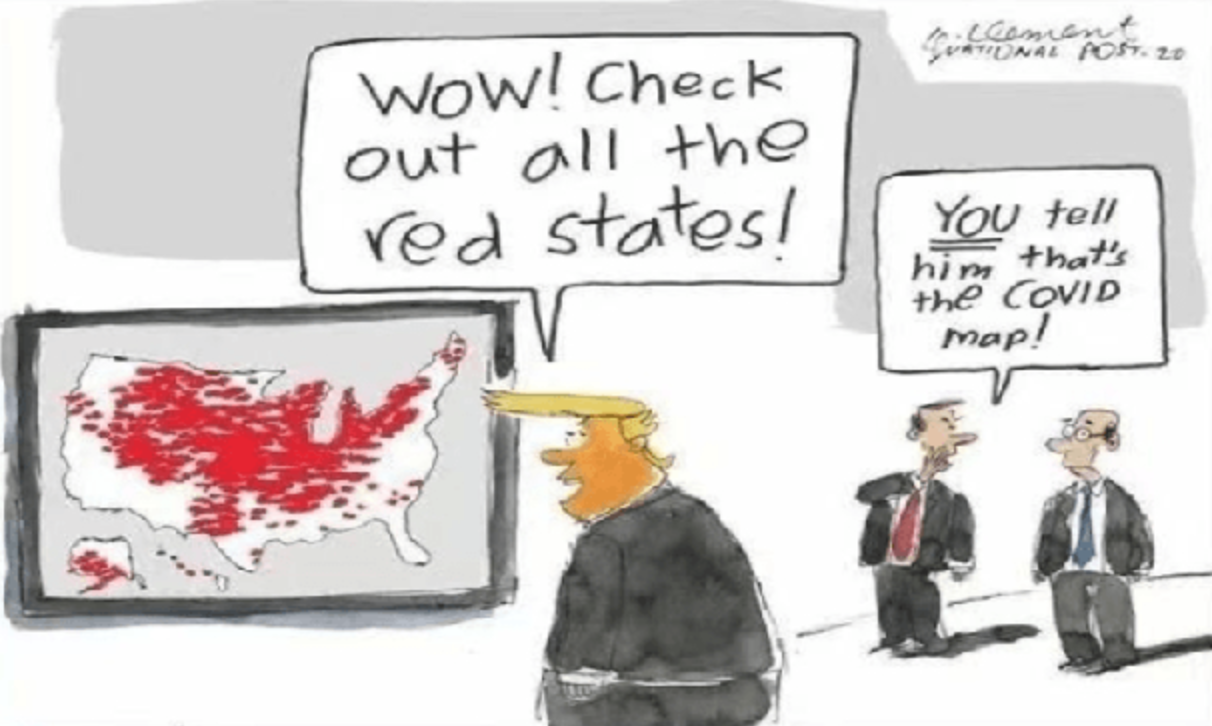 Of course, the claim of the paper is highly doubtful. Social media in China is tightly controlled and there is only limited access to information outside. It is highly unlikely that ordinary Chinese citizens would be aware of what’s happening in the United States to make fun of it.

Some of the puns made use of Biden’s name. “If Biden is elected, I can really see China-U.S. relations go smoother, as Beijing’s For-Biden City,” said one of the most popular jokes. Others make fun of the fact that Biden sounds like “waiting for nothing” in Chinese.

The jokes directed at President Trump were a lot more mean-spirited. One cartoon which became popular showed President trump standing in front of the United States. The President appears to be impressed by all the areas which are showing red but it turns out those are places affected still by the coronavirus.

The Chinese Communist Party is definitely against the reelection of President Trump since he is the one who has escalated the trade war to fight for American rights. They would want to see someone like Biden, who is weak and is cognitively declining. Also, Biden has been connected with making business dealings with Chinese Communist officials through his son Hunter.

If they cannot do business with Biden, they can just walk all over him when it comes to negotiations and diplomatic dealings. It’s the same thing that they did with Obama, whom they disrespected to his face. They know that they can disrespect someone like Biden and not face any consequences.