Republican Voters Protest in Arizona over Allegations of Voter Fraud 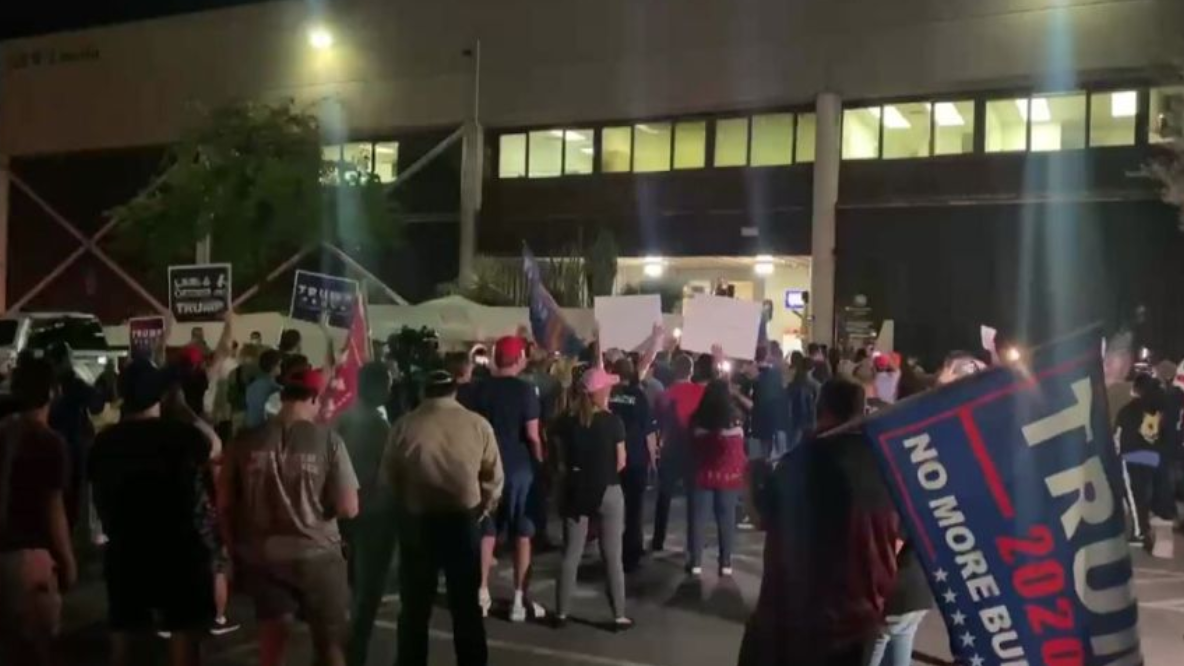 On Wednesday, voters in Maricopa County, Arizona, rushed into their polling stations to demand election officers to let them in and witness voting counts, following allegations of a possible election fraud.

According to a report, a crowd of 150 voters went to their election office to protest the results. The crowd began chanting the phrase “Fox News sucks!” and “Shame on Fox!” after the media outlet claimed that the state had favored former Vice-President and Democratic nominee, Joe Biden as their President.

At that time, around 600,000 votes remain uncounted in the state. The Republican voters also called out for four more years of the Trump administration. As the protesters swarmed the election office, left-wing media tried to depict the protestors in a negative light. In a now deleted social media post by Chris Houck, he wrote that left-wing networks such as MSNBC are scared of pro-trump voters. “This is what the double standard looks like – listen as this crowd is being treated like a mob that’s about to commit mass violence,” Houck noted. The crowd also knelt down in prayer, saying that “good will prevail”.

As of this writing, the President’s electoral count remains at 213, while Biden is only a mere six points from winning. The number of electoral votes in Arizona came in at 80 percent, with Biden having 50.5 percent. The state remains one of the three highly contrasted areas in the rust belt. Other voters in key swing states have also mobilized to demand vote recounts. These include, Atlanta, Georgia; Phoenix, Arizona; Detroit, Michigan; and Philadelphia, Pennsylvania. Results are yet to come in by next week in Pennsylvania and North Carolina, while Arizona still has to wait until Friday to announce their results.

However, the President remained determined to contest the elections, specifically over allegations of a possible voter fraud. In fact, the President’s campaign team had already assembled a team of lawyers to implement a legal strategy. The campaign team called out state and election officials for a more transparent and accurate election process.

Despite the pandemic and several health restrictions, the country continued to see the highest voter turn-out in the last 120 years at 66.9 percent. Currently, Biden enjoys a narrow lead of 70.5 million votes, while the President is close by with 67.2 million votes, an additional four million votes than what he had earned in 2016.