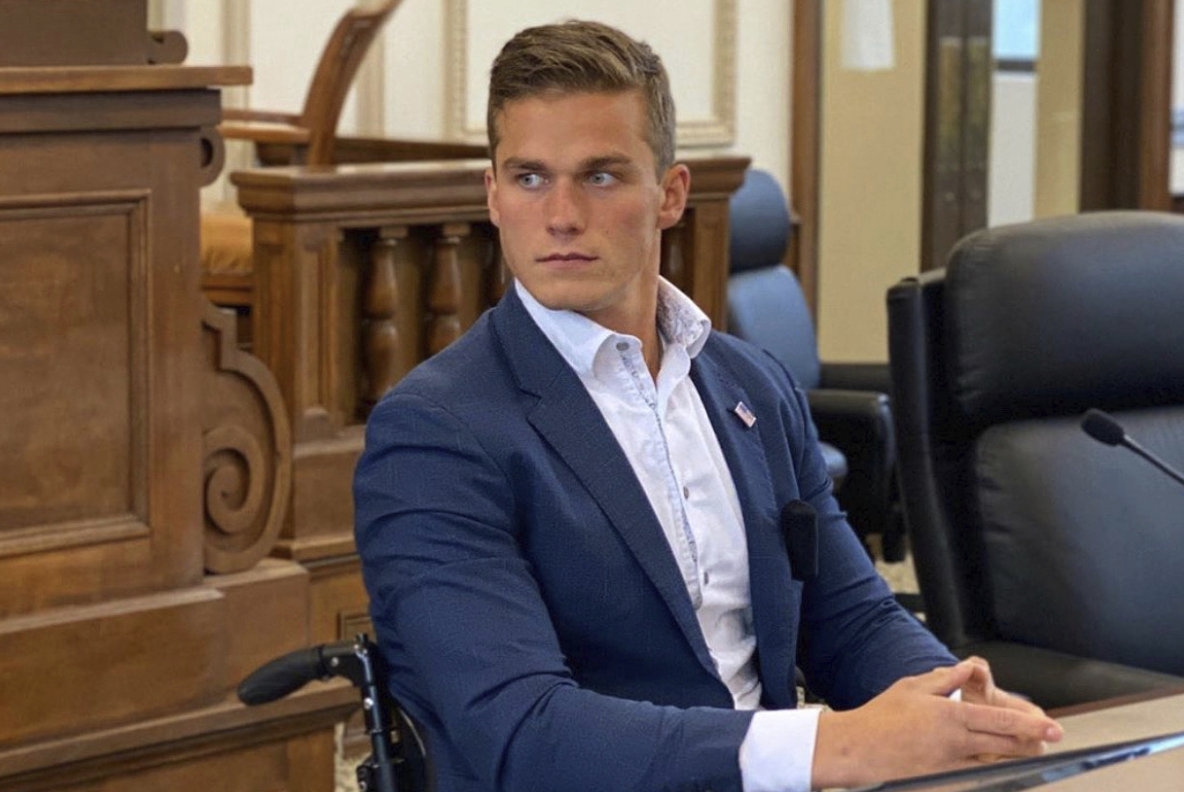 Cawthorn, who is considered the “rising star” of the Republican Party, had secured the seat in NC Congress that White House chief of staff Mark Meadows left vacant. Aside from his age, the lawmaker also gained recognition because of his disability. In fact, Cawthorne was partially paralyzed after a car accident in 2014.

He also made headlines during a campaign in which he was filmed on a football field. “Are you tired of politicians who stand for nothing? You vote for these people to stand up for you. But when was the last time you saw a politician take a stand for anything?” he asked the voters.

In the said footage, Cawthorne continued by saying that to be an American is a “‘gift from God.” The lawmaker added that being able to live under the American flag should be considered as a blessing. Contrary to the radical-left activists that had incited violent riots and looted local businesses, the young politician vowed to respect the flag, and proudly claimed his American heritage.

Cawthorn defeated Democrat and retired Air Force Col. Moe Davis, who had also served as a prosecutor at Guantanamo Bay. He also came into prominence after he defeated Republican candidate Lynda Bennett in a runoff primary election.

During the campaign period, Davis came under fire after someone had unearthed his previous tweets. In the social media posts, Davis made profane attacks against the Republicans. In an interview with local radio host Pete Kaliner, the Democrat was asked to explain his vulgar tweets in which he called out Cawthorne as a “white supremacist,” a “racist,” and a “Nazi sympathizer.” Moreover, Kaliner added that he had also called the young Republican as an “extremist” and a “bigot.” In another post,the radio host also cited that Davis had also described Cawthorned as someone who had embodied the “poster child” of Donald Trump. He also added that the Republican is “petty,” “uneducated,” “pampered,” and even suggested that he is incompetent.

Following his primary win, Cawthorne was given a chance to speak at the Republican National Convention. The freshman lawmaker believed that a lot of conservatives had only focused on politics, and not on culture. However, Cawthorne believed that it is important for them to make voters realize the destructive agendas that were pushed by the left. Moreover, he also addressed the growing age gap between the republican voters and the Democrats. Cawthorn believed that if the Republican Party would not make an effort to appeal to younger voters, a “generational bomb” would potentially explode, leading Republicans to lose in the next succeeding elections.