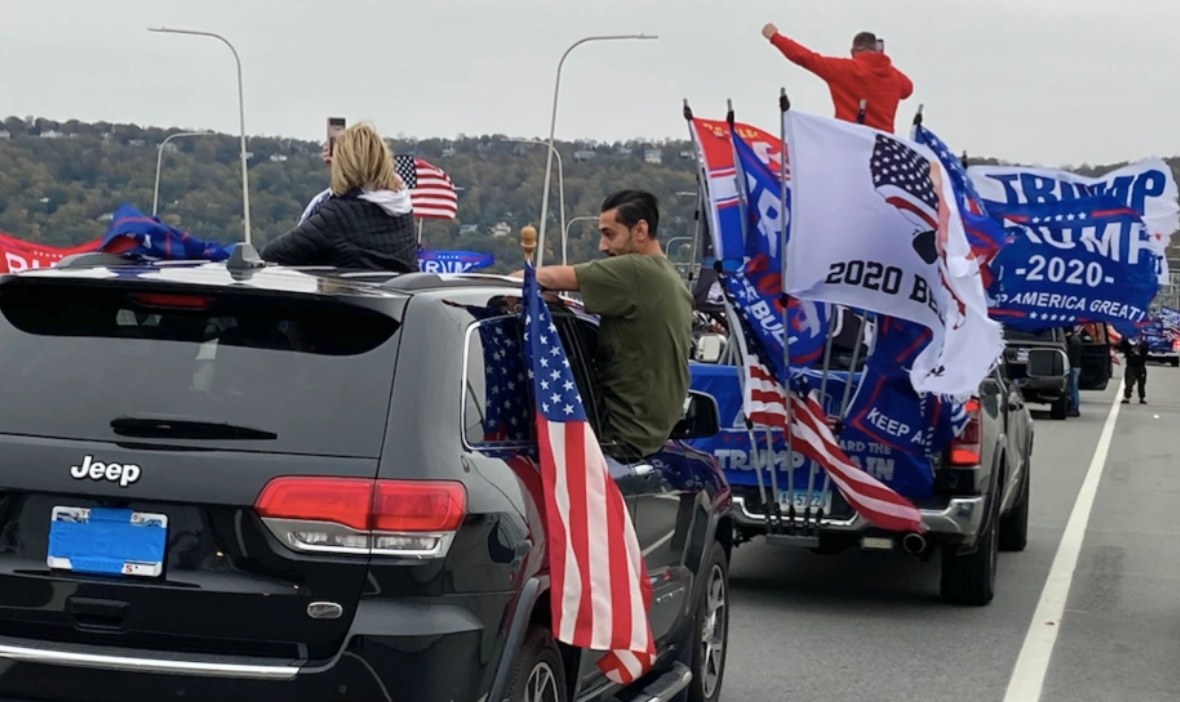 Days before the upcoming 2020 general elections, thousands of MAGA supporters came together to show their support for President Donald Trump as they cruised through Blue state Highways.

Over the weekend, close to 1,000 vehicles joined the Trump Train caravan in Texas. Due to the number of participants, Houston Police Chief Art Acevedo had to give an advisory to those who were not a part of the parade to avoid going through South Loop 610 because of heavy traffic.

In Cheesequake, N.J, GOP supporters filled the roads with pro-Trump flags as hundreds of vehicles gathered through Garden State Parkway. While Republicans enjoy a jubilant atmosphere, some of the Democratic supporters were not amused.

In the state of New York, several Trump supporters made a convoy starting from Seaford and Montauk in Long Island.

Other Republican voters in Maryland and California also held their own Trump 2020 parade.

Unfortunately, the Trump Train ran into some trouble after staffers from Democratic nominee Joe Biden’s campaign team called 911. The staffers claimed that they felt unsafe as pro-Trump trucks surrounded their bus during a rally stop in Texas.

During the incident, MAGA supporters honked their horns and waved their flags as they passed by Biden’s bus on their way from San Antonio to Austin. Unfortunately, Biden staffers were intimidated by the parade. They complained about the caravan, saying they feared the trucks would run off their campaign bus while on the road. The said incident even drew in federal officials to launch an investigation on the person that was involved in the parade.

However, President Donald Trump argued that the federal officials were only barking at the wrong tree. In a Twitter post, the President defended GOP supporters, “In my opinion, these patriots did nothing wrong.” Trump wrote. The president continued by saying that the FBI should be focusing on radical left-wing supporters who had wreaked havoc and chaos across America in the last few months, rather than chasing peaceful MAGA supporters. “Instead, the FBI & Justice should be investigating the terrorists, anarchists, and agitators of ANTIFA, who run around burning down our Democrat-run cities and hurting our people!”

In my opinion, these patriots did nothing wrong. Instead, the FBI & Justice should be investigating the terrorists, anarchists, and agitators of ANTIFA, who run around burning down our Democrat run cities and hurting our people! https://t.co/of6Lna3HMU

As of the moment, the campaign team had yet to release evidence to prove that they were harassed by members of the Trump Train caravan. In addition, neither Biden nor his running mate, Kamala Harris, was onboard the vehicle.