Melania Blasts Biden’s for Hiding in the Basement, Says He has “Wishful Thinking” 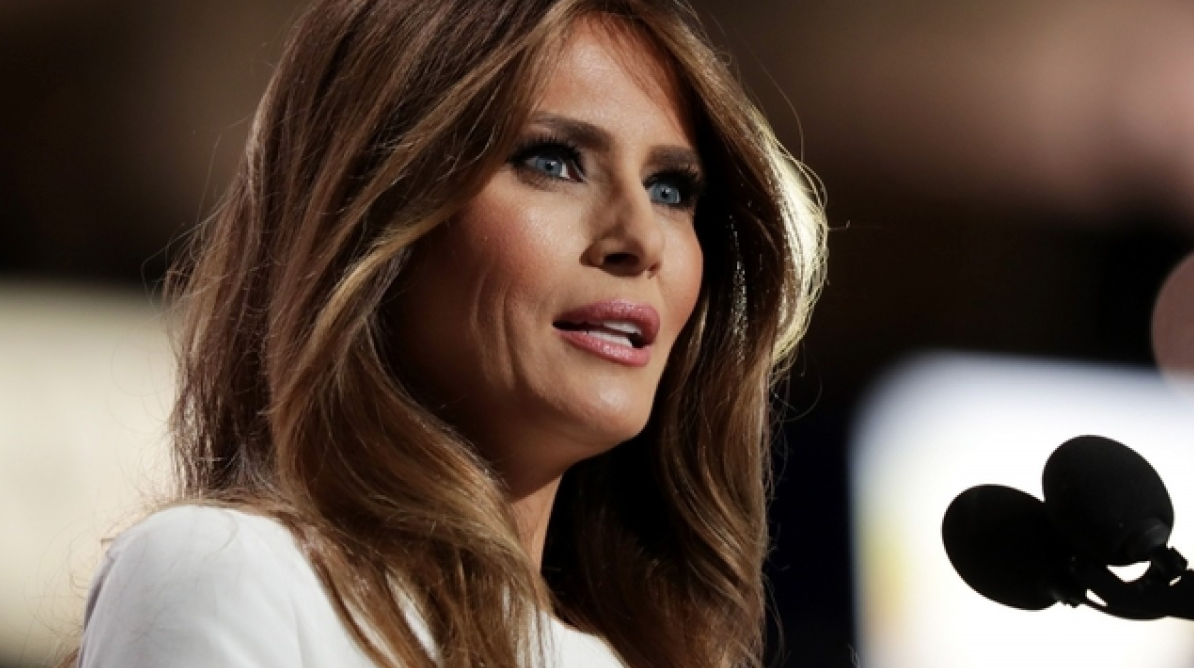 On Saturday night, the First Lady had some fiery words against the Presidential nominee as she accompanied her husband, President Donald Trump, in Wisconsin. In her speech, Melania blasted Biden for cowering in the comfort of his own basement, while the rest of American had to deal with the ongoing coronavirus pandemic. The First Lady also did not mince her words when she said that Biden believed could have been a better President than Trump. In fact, the First Lady simply shrugged the nominee’s thoughts as “wishful thinking.”

“Joe Biden says he could do a better job leading our great nation. Apparently, when you hide in a basement, you feel safe communicating your wishful thinking,” the First Lady hits back. She also responded to Biden’s prediction that a “dark winter” is looming ahead if Trump wins his re-election bid.

The First Lady scolded the nominee, saying that such comments should not come from someone who considered themselves as a leader. Melania also said that Biden only encouraged Americans to follow his lead in hiding in their own basement, rather than helping the economy to re-open.

Melania also had strong words for the media, saying that they have spent the same time and attention on reporting Trump’s impeachment than they did with the COVID-19 pandemic. The First Lady claimed that while the rest of the country was able to benefit from the administration’s strong economic policies, the media and the rest of the Democratic party would rather spend their time launching a smear campaign against the administration. She blasted left-wing media outlets stating that they would prioritize “gossip” from unverified sources over substance. She also cited several controversies, including the Russian hoax, and the impeachment, all of which had disproved accusations against the President. “When will they stop?” the First Lady asked.

Despite the recent challenges that the country continues to face, Melania decided to end her speech on a more positive note. The First Lady reminded Americans to observe health and safety guidelines from the CDC, especially since it is almost time for the holiday season. She also went out to those who are feeling “lonely and uncertain” and reminded them that they are not alone. The First Lady assured that life would soon go back to normal, as the administration continued their efforts to find a vaccine against COVID-19.

Melania concluded that the country needs someone who would be willing to work, rather than hide in fear. For the First Lady, it is the promise of action that makes America stand out from the rest of the world, “When my husband talks about the future, it is filled with [continuous] possibility and forward-thinking,” she said.

Melania believed that the upcoming election will have a lasting impact on the American people. The First Lady poignantly said that it is through these times that Americans can stand together through strength, compassion, and determination.