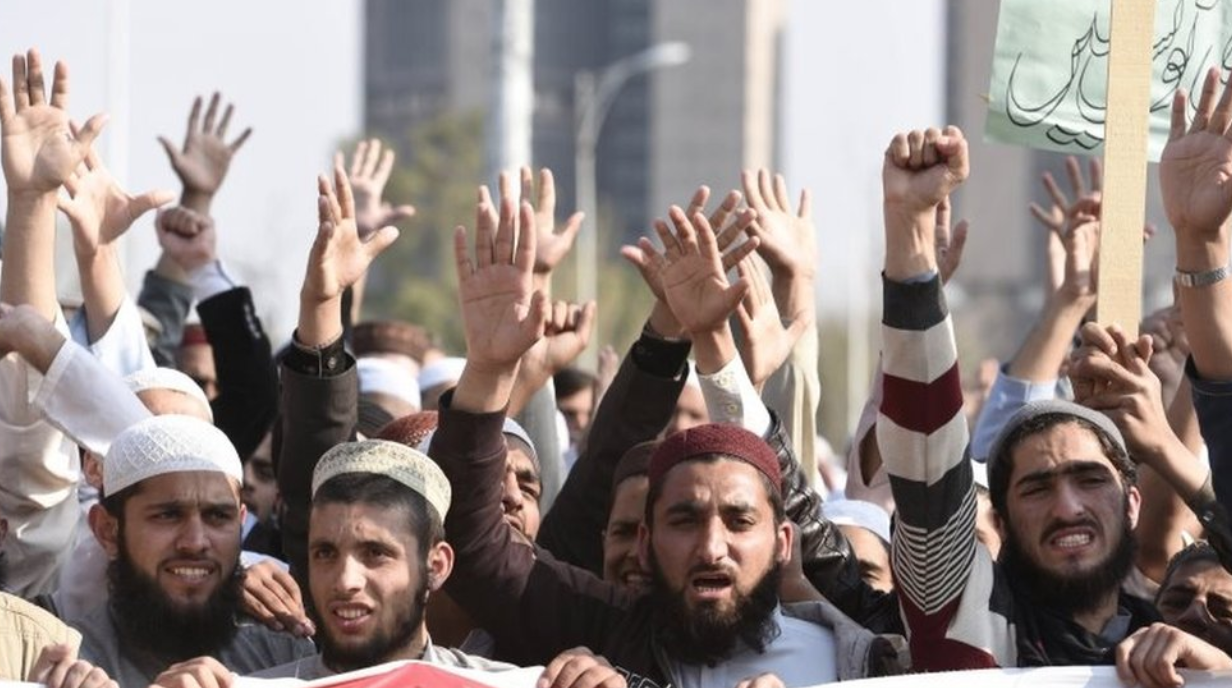 Pakistan is demanding that Facebook censor any kind of criticism of their religion. At the same time, the prime minister of Pakistan has criticized French President Macron over the measures he has taken to protect France from radical Islam. This comes after a French teacher who was trying to teach the concept of free speech to his students was decapitated by a Muslim student because he did something blasphemous to Muslims.

The prime minister of Pakistan Imran Khan wrote a letter to Facebook CEO Mark Zuckerberg demanding that the social media giant ban anything criticizing Islam. “I appreciate you taking the step to rightly ban any posting that criticizes or questions the Holocaust, which was the culmination of the Nazi pogrom of the Jews in Germany and across Europe. However, today we are seeing a similar pogrom against Muslims in different parts of the world,” Khan wrote in his letter to Zuckerberg. He then went on to demand the censorship of those who say anything against their religion.

Khan then sent out a tweet that accused Macron of attacking Islam, which would likely result in further radicalization of people. “This is a time when President Macron could have put a healing touch and denied space to extremists rather than creating further polarization and marginalization that inevitably leads to radicalization,” he said in his tweet. “Sadly, President Macron has chosen to deliberately provoke Muslims, including his own citizens, and encouraged the display of blasphemous cartoons targeting Islam and our Prophet, he added threateningly.” 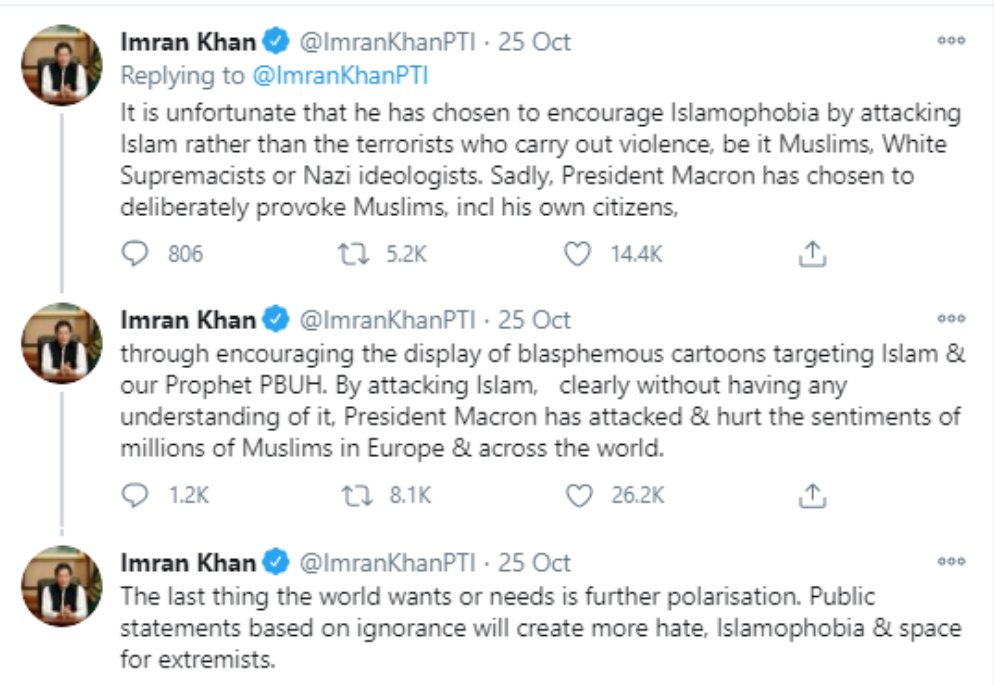 France and other European countries are now starting to feel the effects of having a liberal immigration policy. They have sizable communities from other cultures that refuse to assimilate and are now trying to impose their own laws and customs on the locals.

Khan makes no mention of the fact that the country he leads is ranked as the most dangerous country for Christians. There is very little tolerance for people of other faiths in Pakistan.