Barrett Wins Supreme Court Nomination, Vows to “Do My Job Without Fear or Favor” 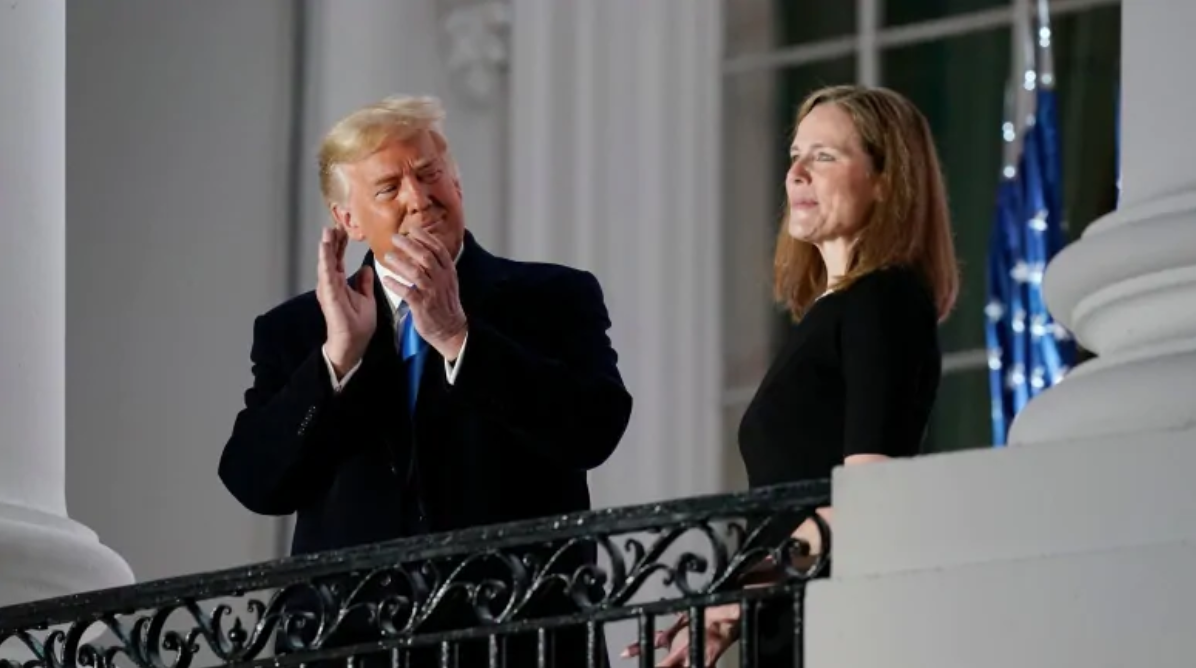 The bipartisan vote resulted in an almost close call of 52-48. Upon her appointment, Barrett will join the ranks of conservative Justices such as Brett Kavanaugh and Neil Gorsuch. Earlier this month, Senate Majority Leader Mitch McConnell had already forecasted that the Republicans already have enough votes to confirm the Judge’s nomination.

While Barrett’s confirmation fared well compared to the drama that Kavanaugh’s Senate confirmation hearing had, it did not come without dissent. In fact, Senate Minority Leader Chuck Schumer believed that Barrett’s confirmation will be “one of the darkest days in the 231-year history of the United States Senate.” Other Democrats, such as Sen. Mazie Hirono, declared no way she would approve the Judge’s confirmation before storming out of the room.

Moreover, Judge Clarence Thomas administered Barrett’s swearing-in ceremony instead of Chief Justice John Roberts. During the event, her family and friends joined the new Trump appointee at the White House Lawn. Moreover, the President also gave an opening speech for Barrett’s swearing-in ceremony. Trump began by saying that the new SC Justice’s confirmation marks a “momentous day” for America. The President continued to stress the importance of the American Constitution and how it serves as the “cornerstone of the Republic.” With this, Trump believed that he had made the right call to appoint Barrett.

The President even went on to describe the new SC justice as one of the country’s “most brilliant scholars.” The president also praised Judge Clarence, who had administered the ceremony. Trump noted that the Judge is one of the longest-serving members of the court.

In his speech, Trump also honored the late Supreme Court Justice Ruth Bader Ginsburg. The President even drew comparisons between Barrett Ginsburg, noting that it fits Ginsburg to be replaced by another pioneer woman. In fact, The President boasted that Barret had made history for being “first Justice in American history to serve on the court as a mother with school-age children.” The president added that Justice’s seven children had become popular and loved by the American people.

In her confirmation speech, Barrett also vowed to stay true in her philosophy of strictly adhering to the concept of textualism and originalism in interpreting the Constitution. Barret went on to thank Trump as well as the Senate for giving her the privilege to serve as the country’s new Supreme Court Justice. Barret then went on to promise that she would do her best to give a fair and just decision, “The oath that I have solemnly taken tonight means at its core that I will do my job without any fear or favor.”

According to reports, the newly appointed Supreme Court Justice will handle several landmark cases, including the election, particularly in the motion to extend the deadline for the receipt of absentee ballots. Barrett would be also likely to issue a decision on the controversial Obamacare as well as the controversy of the Muller reports.