Trump: “We Can’t Lock Ourselves in the Basement Like Joe” 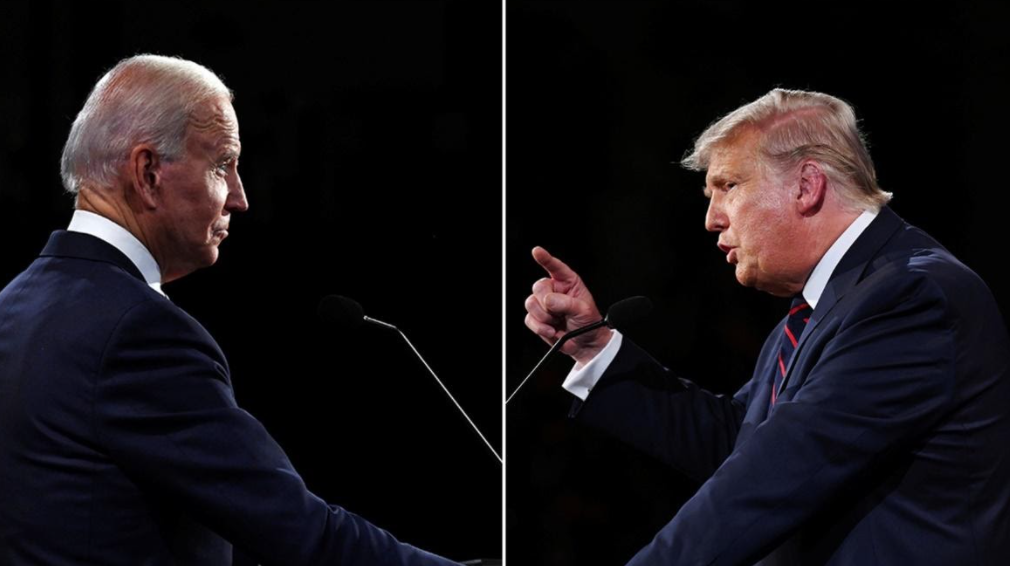 On Thursday, President Donald Trump blasted former Vice President and Democratic nominee Joe Biden for enjoying the privilege of staying in the comfort of his own basement during the most part of his campaign.

Both Biden and Trump confronted each other in Nashville for the second and last round of the Presidential debate. In the exchange, the Democrat accused Trump of downplaying the real extent of the coronavirus pandemic. The nominee added that the President made false promises that the pandemic will soon be over.

Trump shot back, “We can’t lock ourselves up in a basement like Joe does. He has the ability to lock himself up.” The President also referred to the Democrat’s recent controversy, “I don’t know, he’s obviously made a lot of money someplace, but he has this thing about living in a basement.” The President added that for him, hiding during a crisis is unacceptable. Trump laughed, saying that as a President, he cannot sit in the basement of the White House and wait until the virus disappeared.

TRUMP: "We can't lock ourselves up in a basement like Joe does. He has the ability to lock himself up. I don’t know, he’s obviously made a lot of money someplace but he has this thing about living in a basement." pic.twitter.com/Zr8nKXeXrB

In the weeks following the election, Biden had become noticeably absent from the usual rallies, and instead opted to continue his campaign from his basement in Wilmington, Delaware. In fact, Biden even decided to stay home five days before the debate to prepare.

Moreover, the President also referred to the bombshell report from the New York Post, which revealed an email sent by one of the Burisma executives to his son, Hunter, and thanking them for setting them up with a meeting with the then-Vice President. This contrasts with the statements that Biden made, saying that he did not know his son’s business deals. In fact, aside from his Ukrainian ties, Breitbart News also reported that Hunter, along with his business partners, also held sketchy negotiations with communist China, in return for special favors from the Obama administration.

During the debate, Biden also repeated what independent fact-checking source, Polifact labeled as “Like of the Year.” In his statement, Biden said that Obamacare did not take away private insurance from the Americans.

In addition, the President also called out Biden for representing regular politicians. In fact, Trump asserted that it was because of the people like Biden who had encouraged him to run for Presidency. The exchange took place while Biden and Trump were discussing issues on criminal justice reform. Trump argued that the Democrat’s promise of a criminal justice reform rings hollow, especially since they were unable to implement such changes during the eight years of the Obama administration. He even added that their administration “did nothing” for the country.

“But why didn’t he do it four years ago? Why didn’t you do that four years ago, even less than that,” Trump asked. The President also slammed the Obama-Biden administration of doing a “poor job” in running the country.

TRUMP: "I’m looking at you, you’re a politician. I ran because of you." pic.twitter.com/eTADG8WPLV