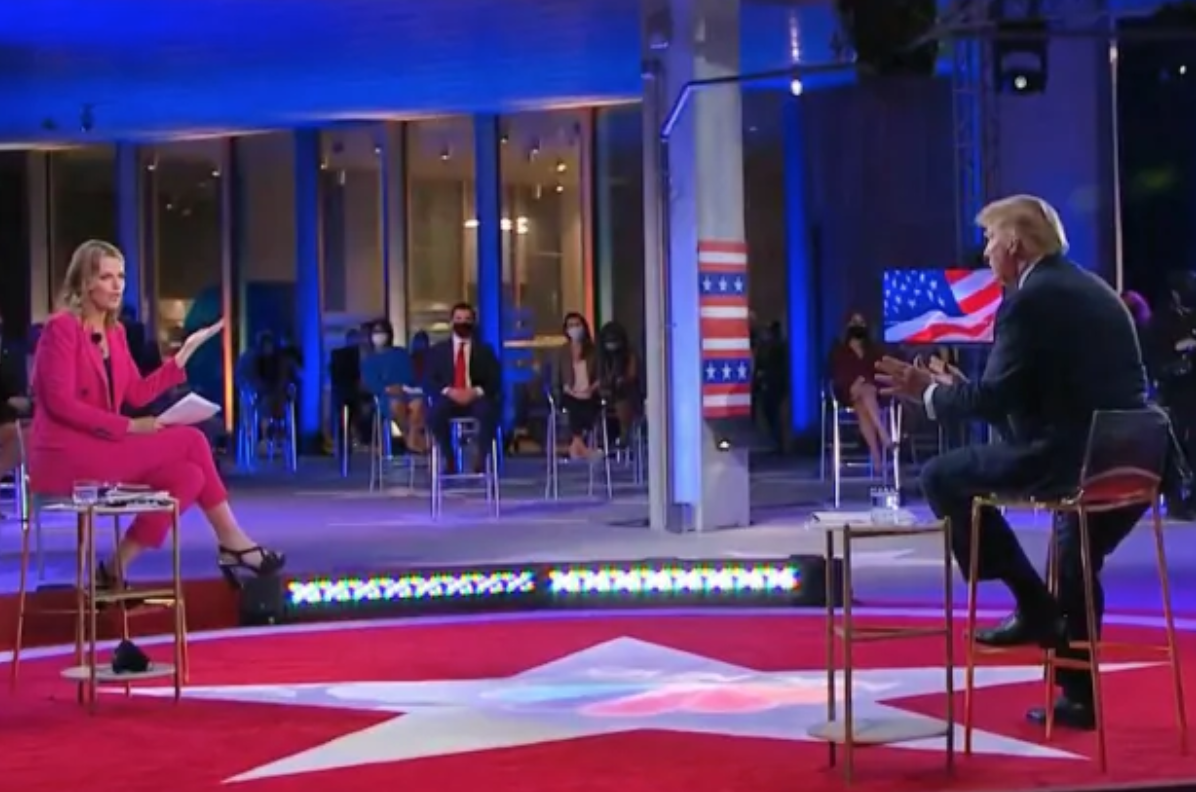 The debate kicked off with the President sparring against NBC’s Savannah Guthrie as the host attempted to shame him. The heated exchange began when Guthrie tried to press Trump if he had tested negative from the virus and assured Americans that he was safe to attend the debates. The moderator also attempted to shame the President for holding a White House event where most of the attendees were not wearing a mask.

In response, Trump said, “I’m good with masks,” he continued. “I’m OK with masks. I tell people to wear masks.” The moderator insisted, “You can see with a mask, though, right.” Guthrie was referring to a statement the President made. In the said statements, he claimed he needed to “see people” and that he cannot stay in an empty room. Trump also went on to say that masks are not a hundred percent guarantee that people cannot contract coronavirus. In fact, Trump pointed out that even people who were constantly wearing masks such Republican Sen. Thom Tillis, also tested positive from COVID-19.

However, Guthrie continued to insist on painting Trump as someone who’s advocating against mask-wearing. To prove her point, the moderator brought up the issue that former Republican New Jersey Gov. Chris Christie cited that Trump was wrong for not wearing a mask. Unfortunately, Guthrie failed to incite the reaction that she wanted from the President. Instead, Trump responded that Christie was a close friend and a “good guy.” However, the President went on to say that whether or not Christie was wrong, as president of the United States, he cannot stay locked into the room for the next few years and not to say anything. The President went on to share that it was important for him to attend certain events, especially a recent meeting with the loved ones of the fallen American soldiers.

Moreover, Guthrie refused to back down and brought up another issue. The moderator continued to spar with Trump over a “conspiracy theory” that he had previously retweeted which alleged Biden of “orchestrating” the death of Seal team Six as a way to cover up the fake death of international terrorist Bin Laden. The moderator claimed that it was extremely irresponsible for the president to tweet to his 87 million followers on a conspiracy theory against Biden. “Now, why would you send a lie like that to your followers? You retweeted it,” Guthrie asked.

The president responded that it was a “retweet,” which means that the opinion did not originally come from him but from someone else. Trump continued that he only posted it for Americans to read, and it is up for them to decide whether the allegations were true or not.

The moderator responded that she cannot wrap her head around the President’s response, “You’re the president. You’re not, like, someone’s crazy uncle who can just retweet whatever.”

Guthrie continued to grill the President for 20 straight minutes before allowing the audience to chime in. At a certain point, she even responded that Trump was wrong.

Due to the moderator’s lack of control and biased views, social media users urge viewers to boycott NBC.