Trump: Biden’s Family Got Rich While Americans Get Robbed 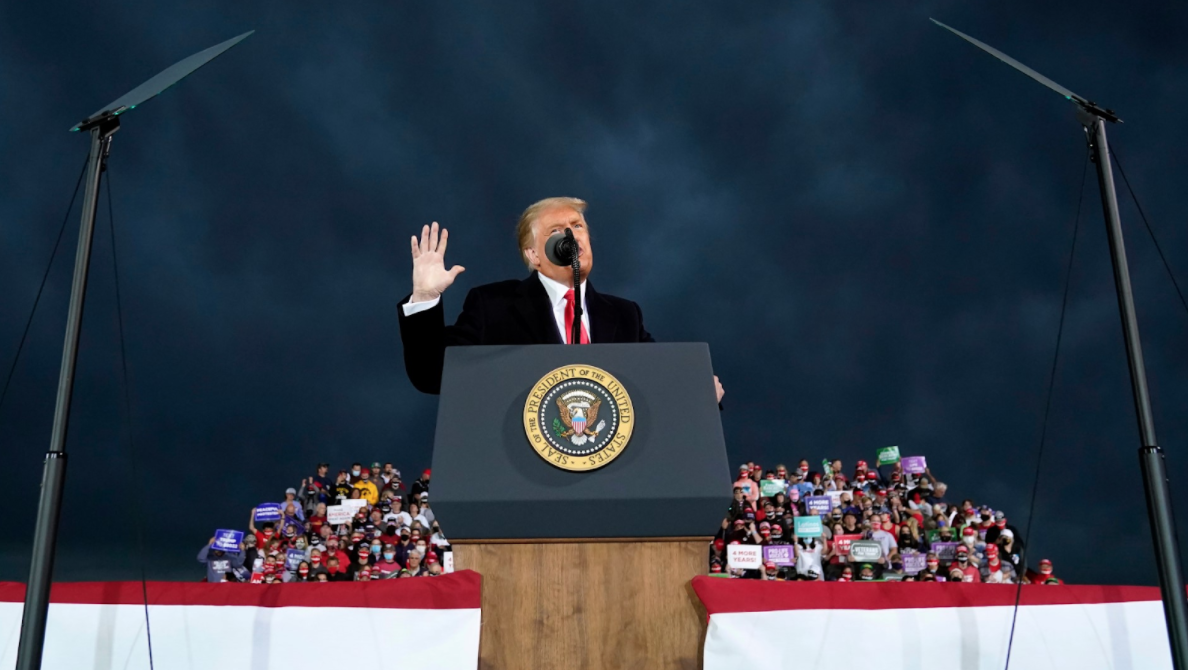 On Wednesday’s campaign rally in Des Moines, Iowa, Trump clapped back against his opponent. In a statement, Trump said, “The Bidens got rich while Americans got robbed.” The President continued, “The Biden family treated the vice presidency as a for-profit corporation flying around the globe collecting millions of dollars from China and Ukraine and Russia and other countries.”

Generally, the President was referring to the bombshell report from the New York Post. In the said report, the media outlet revealed a 2015 email sent by Burisma adviser Vadym Pozharskyi to Biden’s son, Hunter, thanking him for the opportunity to meet the then-Vice President.

A year after the said meeting, the former Vice-President would then push the Ukrainian government to fire its prosecutor general, Viktor Shokin. Suspiciously, Shokin had launched an investigation into the allegation of corruption from the Ukrainian natural gas firm where Hunter had worked for. At that time, Hunter was paid $50,000 and $83,000 for a month to sit on the company’s board of directors.

In his speech, Trump also dropped the suspicious allegation against Hunter, such as his close ties with former Moscow mayor’s wife, Yelena Baturina. In fact, the Russian oligarch wrote a check worth 3.5 million dollars to his firm, Rosemont Seneca Thornton. The payment was allegedly in return for Biden to give away the store to the Russians, as former President Obama allowed Putin to annex Crimea.

In his speech, Trump claimed that old politicians, like Biden, were only “bleeding the country dry”. Moreover, the President also cited another report which alleged that Joe Biden’s brother, James, received a billion-dollar contract to build houses in Iraq. Trump went on to urge voters to take a deep look at the Biden family, and how corrupt it is. The President concluded that Biden, who had served more than 47 years in Washington, is a clear personification of a “selfish and corrupt globalist” who used the American people to rise into power.

This is not the first time that Hunter had been involved in colluding with foreign countries. For months, Joe Biden had been constantly adopting a friendlier policy towards China. The reason might be because Hunter received a dubious $6 million for legal fees from a Chinese oligarch named Ye Jianming. According to an investigation that was launched by federal officials entitled “Hunter Biden, Burisma, and Corruption, the Impact on U.S. Government Policy and Related Concerns,” U.S agents were able to track the money trail from Jianming to Hunter’s law firm, Owasco. The money was then transferred to Jame’s firm, Lion Hall Group.

Jianming wrote that the transfer was part of the representation fees for his associate Patrick Ho who was charged for bribery and money laundering. However, what was suspicious is that according to court documents, Biden’s law firm did not represent Ho.

Biden’s campaign team continued to deny that the meeting took place, although they cannot rule out its possibility.