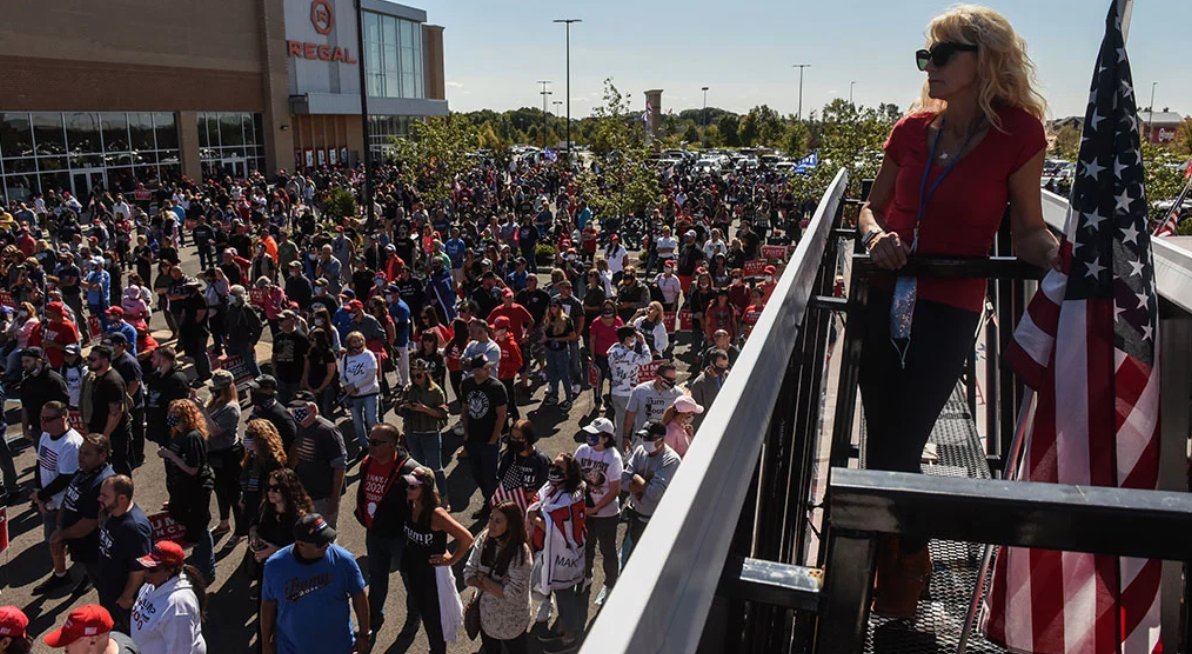 As the announcement of President Donald Trump’s upcoming Staten Island rally made the news, thousands of anti-Trump teens immediately signed up for the event as a way to boycott the rally. Unfortunately, Trump’s campaign team found a clever solution to hit back.

In an effort to clear out all the seats from the President’s rally, thousands of teens went on the Chinese owned social media platform, TikTok to encourage others to hoard tickets for the GOP rally. Some of those who had signed-up used lewd names including “Ivana Punchyou,” “Grabemby DePussay,” and “F–kyou Trump” to get into the free get-out-the-vote event called the “TRiUMPh Rally.”

In a TikTok video posted by a 19-year-old social media user called Felisrae, she encouraged all Trump haters to unite, “Do you hate this orange bitch as much as I do?” Felisrae asked. She then revealed that the President is having a rally on Staten Island. The teen added, “So what I did was, I reserved myself two seats. But I’m pretty sure that I have something to do that day.” The teen’s 51-second clip had racked up more than 500,000 views and more than 100,000 likes.

In an interview for The New York Post, Staten Island GOP chairman Brendan Lantry claimed that at first, the event organizers only received 1,500 RSVP. However, they suddenly saw an influx of tickets skyrocketing to 10,000 and even going as far as 75,000. “We knew something was not right,” Lantry said. He also claimed that the registrations had also spread across states with people signing up from California, Chicago, California, and even Houston.

The teens had taken inspiration from June’s rally in Tulsa, Oklahoma, where Tik Tok users encouraged other teens to hoard event tickets. Unfortunately, the prank led to almost half of the stadium going empty. The event’s outcome became a huge celebration for Democrats. In a social media post, radical left-wing lawmaker, Rep. Alexandria Ocasio-Cortez congratulated the teens saying that they have made her proud.

Fortunately, despite the thousands of no-show tickets, Lantry claimed that they were able to fill the open air event. According to the organizers, they were able to garner 2,500 residents, who also sent a get-well message for the President following his coronavirus diagnosis.

Lantry said that the teens hated the President so much that they were willing to donate money to the GOP. The Tulsa campaign organizer also went on to thank the progressives for their effort to help fund Trump’s campaign.