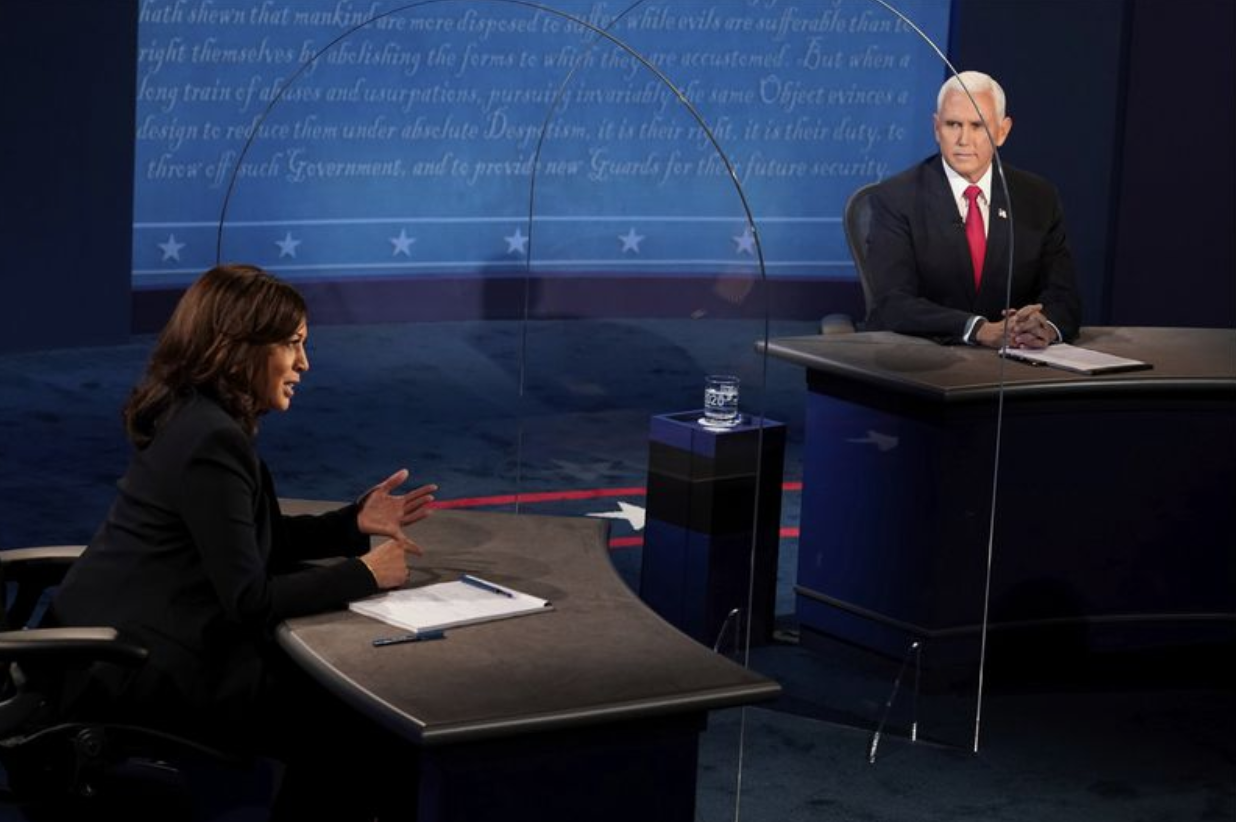 Vice President Mike Pence dominated the vice presidential debate on Wednesday evening. It was not an upset since most honest observers expected Pence to run circles around someone as unintelligent as Kamala Harris. As predicted, Harris did poorly, and the mainstream media which is allied with the Democrats, did everything possible to cover up the mess that Harris created. Media commentators settled on calling out Vice President Pence for “mansplaining” during the debate.

According to the Urban Dictionary, “mansplaining” is: “When a man explains something to a woman in a patronizing tone as if the woman is too emotional and illogical to understand.” In some ways, that is exactly what had happened. Harris was trying to appeal to the viewers’ emotions, but her smug smile and look just reminded everyone why she was so unlikable. While Pence remained calm and controlled throughout the debate.

The leftist commenters cannot find anything to criticize the Vice President, so they just accuse him of some made-up crime. According to CNN, Harris spoke longer than Pence overall, yet they’re still claiming that Pence was trying to shut down Harris.

The media has to come out and defend Harris because she could not counter the arguments presented by Pence. When she said that the Trump administration has made Americans feel less safe, the Vice President brought up the case of Kayla Mueller, an aid worker who was kidnapped by ISIS. The Obama-Biden administration refused to authorize a military operation even though the Pentagon has a plan for it. When Obama was finally forced to authorize an operation, it was already too late. Mueller was later killed after enduring months of abuse. The Obama administration also threatened Mueller’s family with criminal charges because they tried to get her freed through ransom because Biden and his president refused to do anything for them.

Harris was unable to come up with a counter against those and others. That made her look bad, and even leftists had to agree that she did a lousy job of the debate.