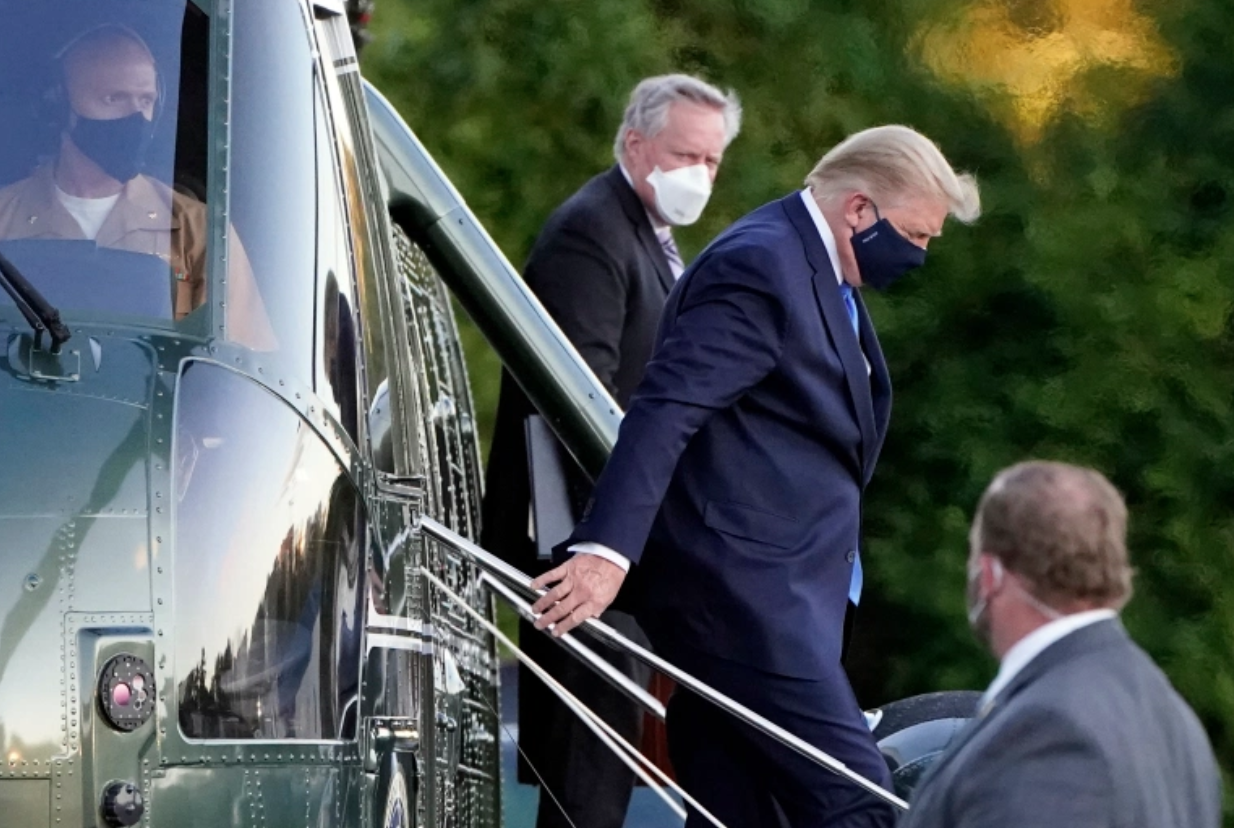 President Donald Trump was transferred to Walter Reed Military Hospital as a precautionary measure after he and the First Lady tested positive for the COVID-19. He will be hospitalized in the medical facility for several days “out of an abundance of caution.” The news of the President’s condition shocked the nation and the rest of the world. It comes at a critical time as the election draws nearer.

“Out of an abundance of caution, and at the recommendation of his physician and medical experts, the President will be working from the presidential offices at Walter Reed for the next few days. President Trump appreciates the outpouring of support for both he and the First Lady,” the White House Press Secretary said in a statement.

It was also revealed that the President was exhibiting mild symptoms and was working the whole day. Commander Sean P. Conley, the President’s physician, said that the President felt tired but was in good spirits after he tested positive. “He’s being evaluated by a team of experts, and together we’ll be making recommendations to the President and First Lady in regards to next best steps,” Conley added.

The President has received treatment for the virus in the form of Regeneron’s polyclonal antibody cocktail together with zinc, Vitamin D, famotidine, melatonin, and daily aspirin. The First Lady was reported to have a slight cough and headache while the rest of the First Family tested negative.

“Tonight, I tested positive for COVID-19. My symptoms are mild (light cough), and I’m feeling fine. I have begun a quarantine process in consultation with physicians,” Conway posted on Twitter. Conway is reported to be the sixth person who attended Judge Amy Coney Barrett’s Supreme Court nomination ceremony, who tested positive and that includes the President.