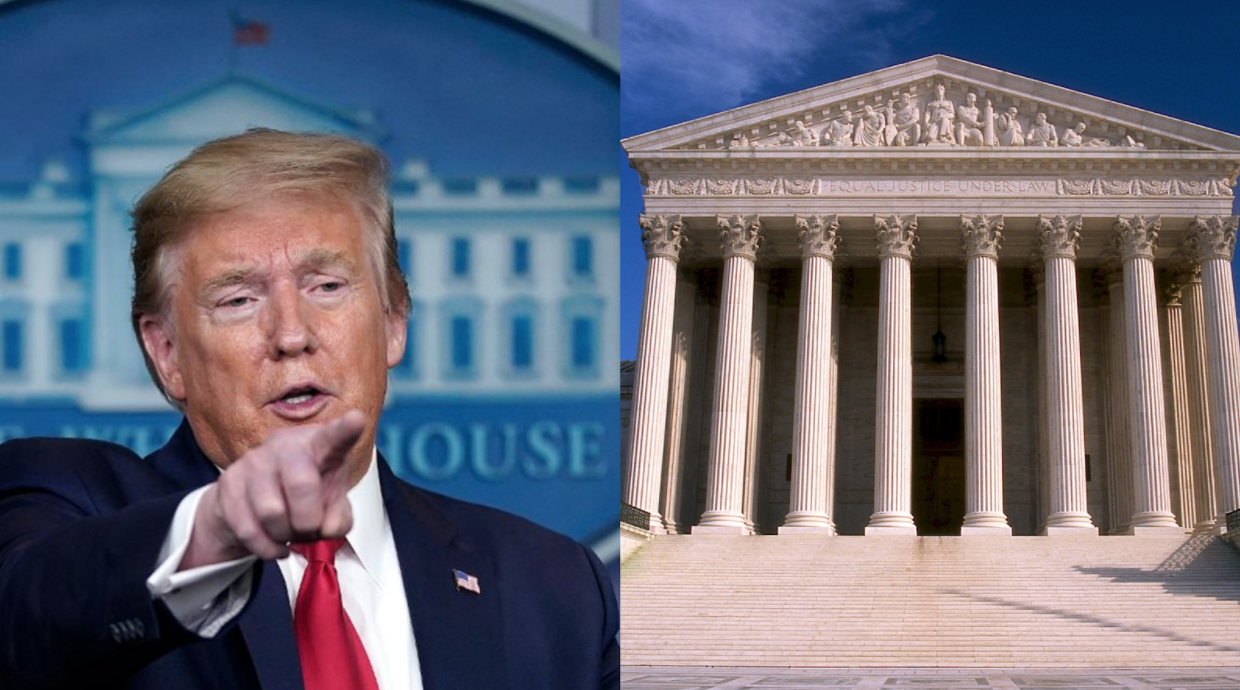 President Donald Trump is set to announce his choice of the Supreme Court seat that was vacated by the passing of Justice Ginsburg on Saturday. There are several media outlets that have reported that his choice will be Judge Amy Coney Barrett. Breitbart News claims that several GOP sources have confirmed the choice to them. The unnamed sources claimed that they have been preparing campaign materials that will be distributed after the announcement and that the image of the judge is on the materials. Breitbart also reports that several former and current administration officials have confirmed the choice, although they have warned that the President might change his mind and surprise everybody.

The President was asked on Friday if he had chosen Barrett and he has refused to confirm. “I haven’t said it was her but she is outstanding,” President Trump said. Barrett enjoys wide support among the Senate Republicans. Senate Majority Leader Mitch McConnell has reportedly talked to the President to endorse Barrett. The President is set to make the announcement at 5:00 p.m. ET Saturday, although he might change his mind.

Trump met with Barrett on Monday at the White House and sources say that he was impressed with her. According to sources, Barrett was shortlisted the last time that there was a vacancy in the Supreme Court although Justice Brett Kavanaugh was chosen back then.

It’s more likely that the President will be choosing a female to fill the vacant seat. It makes sense not only because the one being replaced was a female justice but also to avoid the kind of drama that took place with the appointment of Justice Brett Kavanaugh. At least this time, the Democrats won’t try to accuse the appointee of sexual harassment although they will come up with some kind of accusation for sure.

Whoever the appointee will be, the leftists will surely create some kind of smear campaign as they try all that they can to assassinate that person’s character. The mainstream media will facilitate that for them.