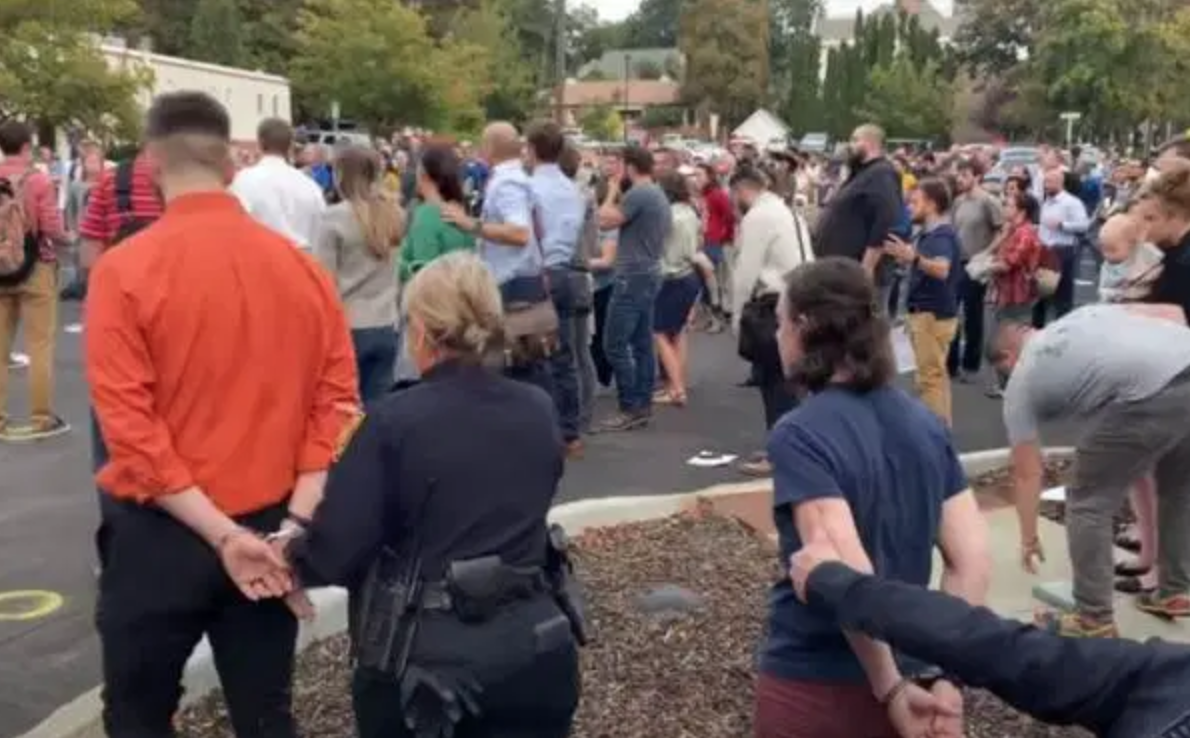 It seems that religious intolerance and religious persecution are making a comeback in America as churchgoers in Idaho were arrested on Wednesday, allegedly for violating social distancing rules. What makes it even worse is that the arrests were carried out even as the other church members were attending a service. The incident happened in the aptly named town of Moscow, Idaho. A church there decided to hold an outdoor event and a lot of people attended.

Videos posted online show three persons being arrested even as a church service was going on in the background. It showed the three persons refusing to comply with the order being given to them. It seems that the order was for them to show their ID. The three arrested have been identified as Gabriel Rench, Rachel Bohnet, and Sean Bohnet.

Rench, it turns out, is a co-host of CrossPolitic, a Christian political talk show. “You guys should not be doing this,” he told the police. “And doing this kind of crap for the mayor, this is embarrassing. You guys are stronger than this.”

Rench was released that same day, and he appeared on his talk show to share his experience. He also shared an extended video of the incident where one of his companions can be heard speaking to the police.``We backed you guys” referring to the riots and the protests. “They didn’t send you [to enforce social distancing] with BLM to go do that when they said defund you guys. We backed you guys.” That was actually true. Many of those attending the church service supported the police and were against the rioting. They are, for the most part, against defunding the police.

Ironically though, the police are being arrested while the BLM rioters are given a free pass to do anything they want. Rench explained what he experienced “I got booked in jail; I was in jail for about two hours,” he said. “And as they were de-booking me, or whatever they call it, I’m walking out, and I go by their office, which is right next to where I’m getting booked out. And there are three deputies in the office, and two of them aren’t wearing masks and sitting right next to each other. And I said, ‘hey, should they get arrested?’”