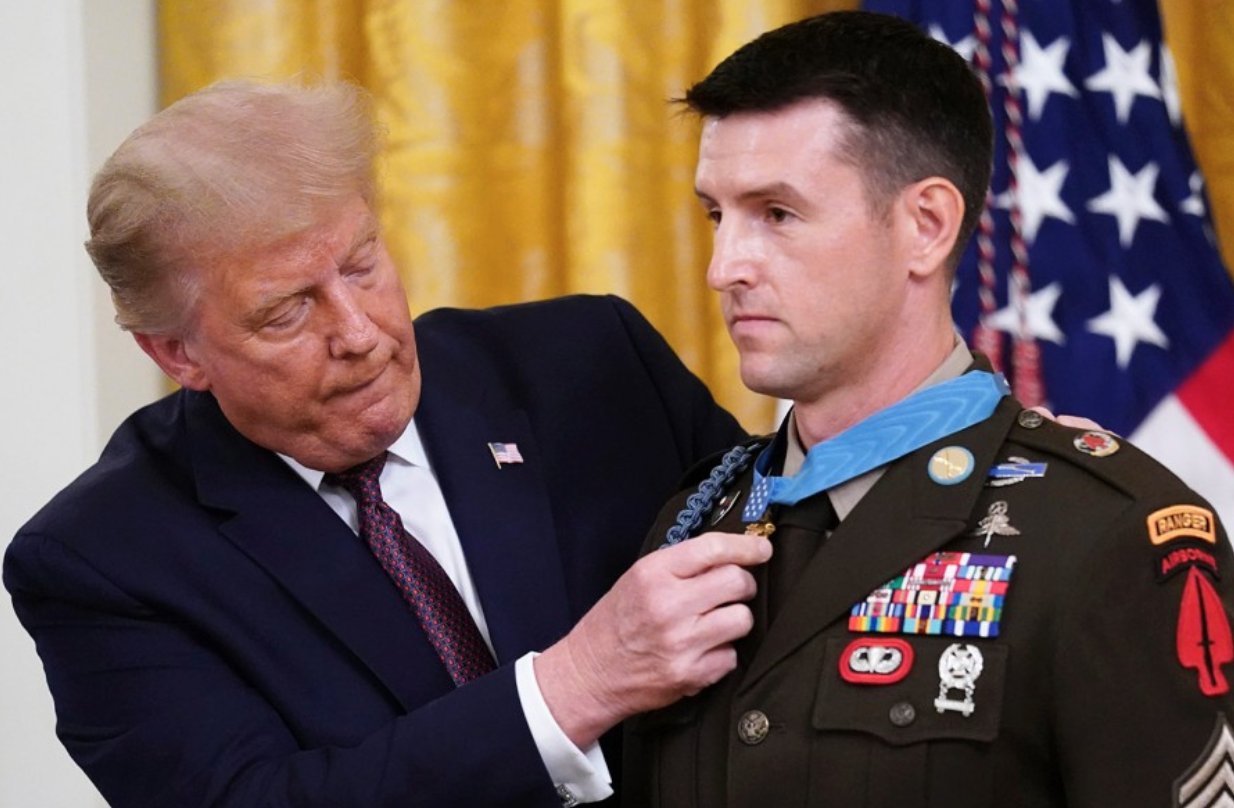 President Trump awarded the Medal of Honor, the country’s highest military decoration, to Sgt. Maj. Thomas “Patrick” Payne on Friday at the White House. Payne is a U.S. Army Ranger who has been assigned to the highly secretive unit known as Delta Force. Sgt. Maj. Payne led a special ops raid in Iraq back in 2015 that resulted in the freeing of 75 Iraqi citizens who have been held in captivity by the Islamic State. The operation also resulted in the death of over 20 terrorists.

Payne was recognized for his bravery during the firefight against the ISIS fighters and also for rushing into a burning building armed with a bolt cutter to free the Iraqi prisoners. “He wouldn’t leave, no matter what they said. No matter who ordered him to do it, he wouldn’t do it. He was the last one out,” the President said. “It was one of the largest and most daring rescue missions in American history.” The Medal of honor is the most distinguished award given by the American military for valor during combat.

Payne’s wife and six-year-old son were present during the ceremony. “I want you to know that your Dad is one of the bravest men anywhere in the world,” the President said to Payne’s son. “I think you knew that before we knew it.”

Trump also recognized the heroism of Army Master Sgt. Joshua Wheeler who was killed during the raid. “Our nation endures because fearless warriors like Josh are willing to lay down their lives for our freedom,” the President said about Wheeler. “We will honor him forever.”

Payne was wounded by a grenade while in Iraq and he had to be shipped back to South Carolina. While recuperating from his wounds, he was able to meet his wife. “Well, that was probably not a very bad wound then, wasn’t it,” the President joked. The event just shows how the President has so much respect for the military. He would never say anything that is disparaging about them. That’s why people would not believe the fake stories about the President saying something bad about veterans and those who were killed in combat.