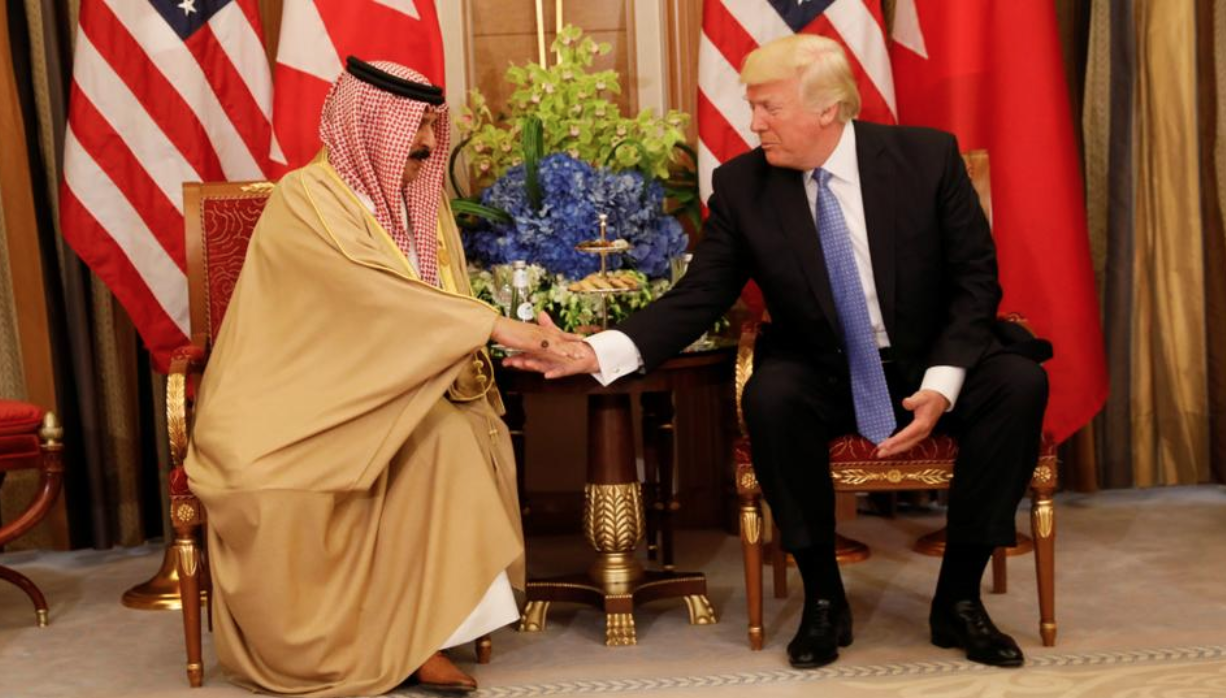 President Trump celebrated another milestone Middle Eastern agreement in the White House. The agreement was the normalization of the diplomatic relations between Israel and Bahrain. “The sand was loaded up with blood, and now you’re going to see that a lot of that sand is going to be loaded up with peace,” the President said.

President Trump spoke about the agreement on Friday while in the Oval Office. He said that he expected more agreements to be announced soon. “The good news is we have many other countries now in the Middle East that want this, and that means peace,” the President said. He also mentioned that he had spoken with the king of Saudi Arabia, hinting the possibility of an agreement between Israel and the powerful and oil-rich kingdom. He expressed the hope that the growing list of countries coming to an understanding in the Middle East would include Iran and possibly even the Palestinians in the future.

The President mentioned that he spoke with Israeli Prime Minister Benjamin Netanyahu and Bahrain’s King Hamad bin Isa Al Khalifa in a three-way call on Friday. He said that the two leaders would be going to the White House to mark the agreement on Tuesday. As part of the normalization of relations, the two countries will be exchanging ambassadors and would cooperate on key issues. This has been the second agreement between Israel and an Arab country that has been announced in the past few weeks, the first one was with the United Arab Emirates.

The President’s son-in-law and senior adviser Jared Kushner praised the agreement. “What President Trump has done here is unthinkable. He’s brought people in the Middle East together,” he said.

On top of the agreements between Israel and Bahrain, the President also announced that troop withdrawals from the Middle East will continue. The President has done so much more for peace around the world than any other president before him and he’s just on his first term.