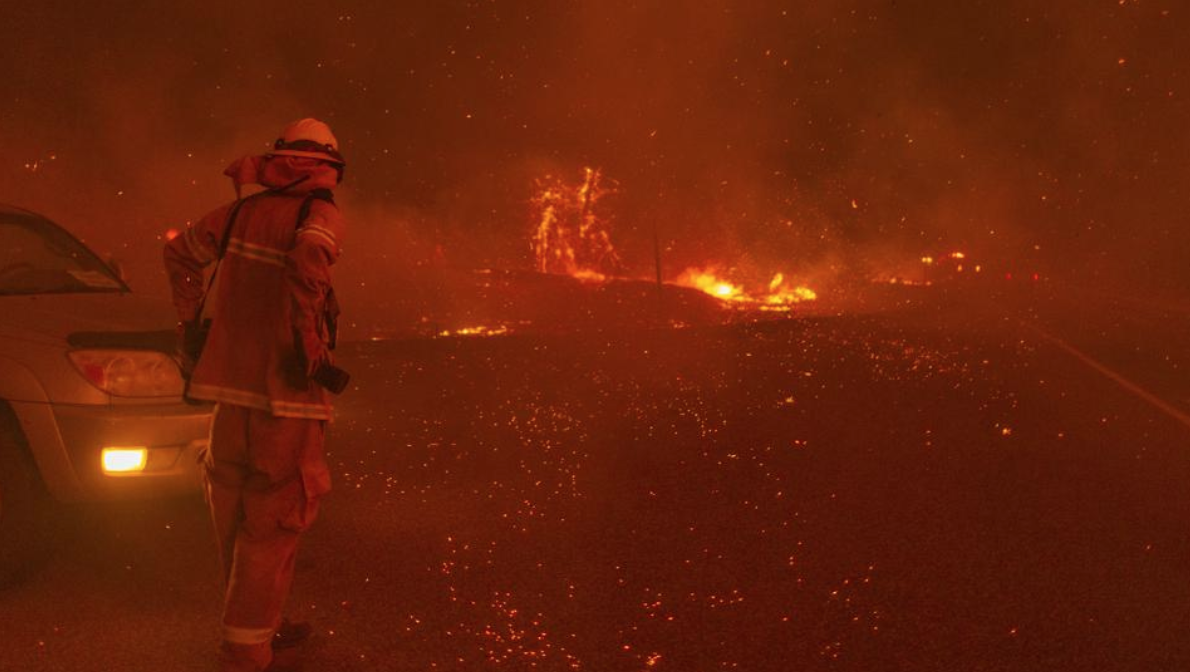 n Wednesday, massive wildfires rage across three American states, California, Oregon, and Washington. The wildfires had covered cities with thick smoke and left the skies in an eerie blood-red light.

As a result, eight people have died while thousands of local residents were displaced. The massive extent of fires forced fire crews to make strategic decisions on where to deploy the 17,000 firefighters who were tasked to respond to the fire.

In the state of Oregon, the extent of the damages remains unprecedented for three decades. Local authorities cite that at least three people have died from the incident, and covered five towns, ranging from the state’s southern borders and into the Portland suburbs.

On Thursday, Democrat Kate Brown claimed that the wildfires had burned more than 900,000 acres in the region while 80,000 local residents had to evacuate. The numbers were double the extent of land area that burns from wildfires in a normal year. The Democrat admitted, “We have never seen this amount of uncontained fire across the state.”

The Governor confirmed that the fatalities include two people who were killed in Marion County. According to reports, the pair, a 12-year-old boy and his grandmother were found dead in their career in an attempt to flee from the massive fire; in addition, another fatality was listed in Jackson County as confirmed by a police officer, Sheriff Nate Sickler stated in a press briefing. Other towns were also ravaged by the deadly fires, including Blue River and Vida. The fires even spread across residential areas, including Clackamas County and the Portland suburbs, which was also subsequently having violent protests.

On the other hand, the state of Washington listed one fatality after a one-year-old boy died while his family was trying to run from the fires.

In addition, the state of California recorded that at least three people were dead, and authorities cite that 12 more were missing as the wildfires continue throughout the region. It is equally devastating for the county, given that it was also ravaged by the 2018 CampFire.

While the origin of the fire is now under investigation, experts believe that it might have been fueled by strong dry winds that gust 50 mph, record-breaking heat waves, and drought.

While natural conditions might have contributed to the spread of wildfires, most of the incidents were rather caused by human actions. For example, the El Dorado fires, which have engulfed more than 10,000 acres of the land area, was a result of a family using “pyrotechnic devices” during their baby shower.