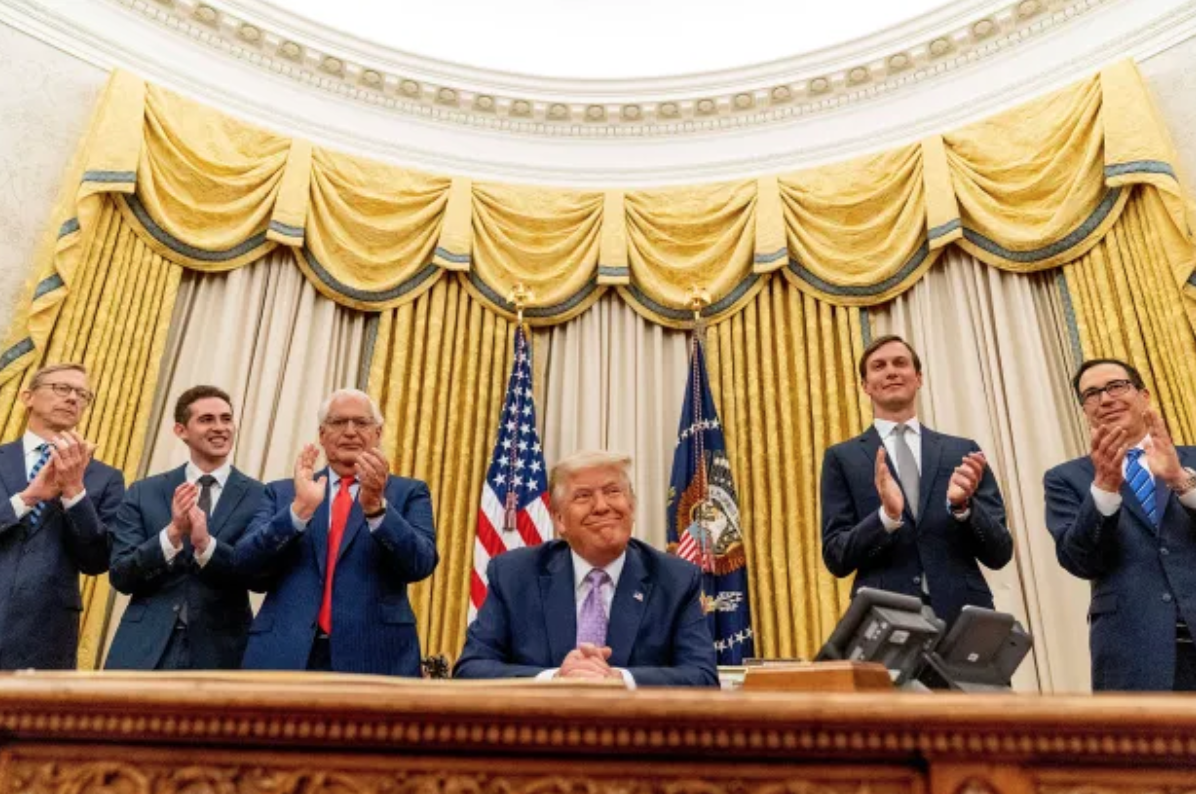 On Wednesday, Christian Tybring-Gjedde, a member of the Norwegian Parliament, submitted his nomination for U.S President Donald Trump for a Nobel Peace Prize in honor of successfully promoting a peace deal between the United Arab Emirates and Israel.

The peace deal was meant to achieve a “full normalization” between the two countries. According to Tybring-Gjedde, he explained that for 39 years, U.S. Presidents had brought armed conflict to the international stage. In fact, the conservative member of the Norweigian Parliament cited that the last president to avoid such conflict was Jimmy Carter, who also received a Nobel Peace prize in recognition of his work to achieve international peace.

Moreover, Tybring-Geddes clarified that he is not a “Trump supporter.” Rather, he believed that it is important for the committee to look beyond the mainstream media’s depiction of Trump as a “racist” and a “white supremacist” and instead focus on “facts and judge him on the facts—not on the way he behaves sometimes.” He continued, “The people who have received the Peace Prize in recent years have done much less than Donald Trump.” Tybring-Geddes dropped the name of former U.S. President Barack Obama, whom he believed did “nothing” to earn the prestigious award.

He cited the President as someone who had facilitated contact between the two parties. They believed that the new peace deal would become a catalyst in resolving other peace deals such as the Kashmir border dispute between India and Pakistan, as well as the escalating tension between North and South Korea.

The peace deal will be signed on September 15 in Washington. The new deal was named the “Abraham Accord” after the common ancestor between the three largest religions in the world, Judaism, Christianity, and Islam. Trump believed that the new deal would bring a greater sense of economic prosperity and serve as a “historic diplomatic breakthrough.”

In 2009, Obama was criticized for winning the Nobel Peace Prize, despite the fact that he did nothing to promote international peace. In fact, Geir Lundestad, former secretary of the Nobel Peace Prize committee who had served from 1990 to 2015, admitted that Obama’s win was a “mistake.”

Whether Trump would win the prize or not is completely up to the Nobel Committee, which is composed of five people who were all nominated by the Norwegian Parliament. After careful deliberations, the winner will be announced in October next year.