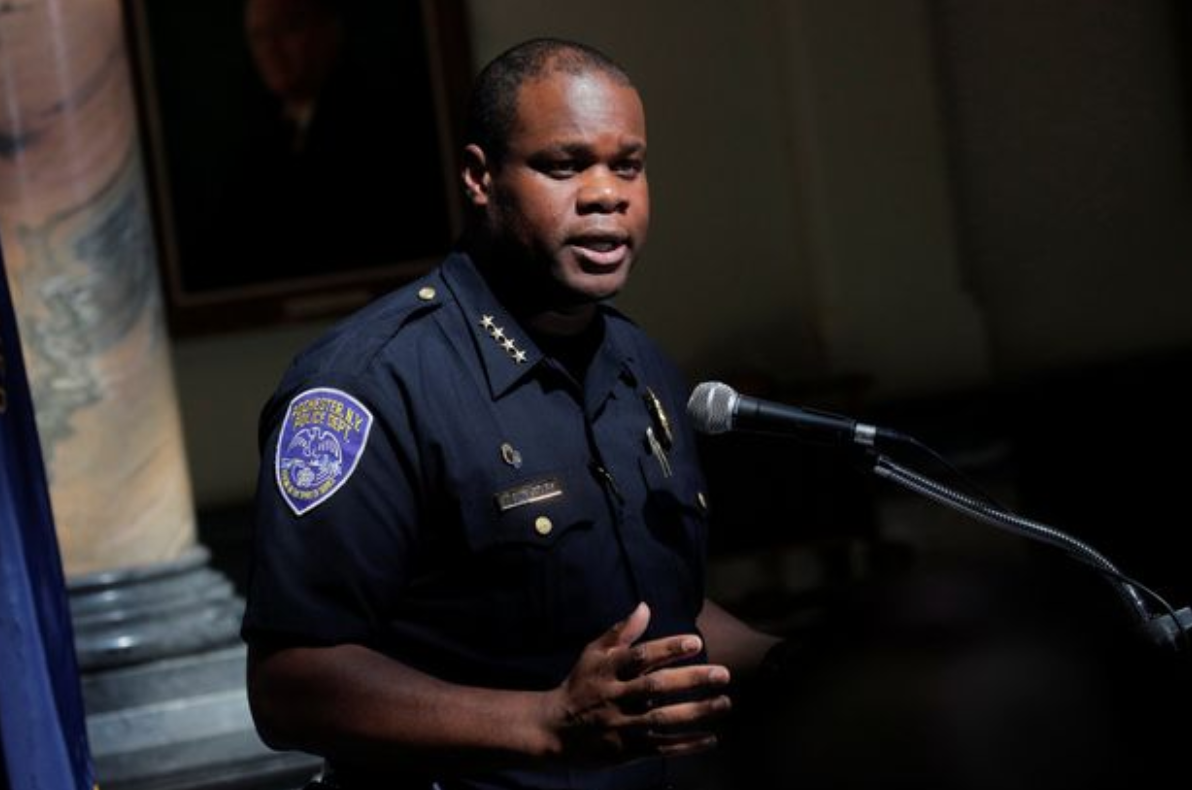 As violent protests erupted in Rochester, New York, over the death of an African-American man, Daniel Prude, under police custody, the Rochester Police Department refused to follow the lead of other Democrat-led cities who continue to tolerate the riots.

On Tuesday, the department’s entire command staff, including Police Chief La’Ron Singletary, announced his resignation after working 20 years for the department. In a report from BuzzFeed News’ Paul McLeod, wrote that Democrat Mayor Lovely Warren that the entire police staff had abandoned the city. When she was asked what the city would do without law enforcement officers, Warren was unable to provide any concrete plan and even admitted she is at a loss on what to do.

This came after Singletary, Deputy Chief Joseph Morabito, declared that he is leaving the force after 34 long years of police service. Another prominent police officer, Commander Fabian Rivera, also announced his resignation. Finally, Deputy Chief Mark Simmons and Commander Henry Favor will have to go back to their former ranks.

In a statement to the local media outlet, News 10 WHEC, Singletary said, “As a man of integrity, I will not sit idly by while outside entities attempt to destroy my character.” He said that the protests that had taken place over the last few days were an attempt to bring down and ruin his reputation and character. He also believed that the backlash was rather politically motivated and that the media has “characterized” him and the rest of the police department without having any factual basis. He also clarified that the incident should not define him and his beliefs.

Singletary also went on to thank the people who had worked to protect the community and those that had given him the change to live his “lifelong dream” to be a police chief.

The backlash came after a 29-year-old African-American man named Daniel Prude received national media attention following his death under police custody. While the incident had happened in March, the video had just been released. In the footage, police officers can be seen making a mental health arrest against a naked Prude, who is showing obvious signs of mental distress. During his arrest, the 29-year-old began spitting at police officers, which forced them to place a spit bag over his head.

A week later, Prude died after his family decided to take him off life support. The medical examiner also ruled his death as asphyxiation that might have resulted from the hood.

In a statement, Warren tried to ease increasing concerns over safety and security among residents in Rochester. Warren claimed that while she is trying to find ways to fill in the ranks, she will try her best to ensure that the local police department will continue to serve their duty to protect the locals. She also clarified that the Police Chief might stay for a month to help out with the increasingly violent protests.

Other Police chiefs from Democrat-led cities, such as Jamie Resch in Portland and Carmen Best in Seattle, have also stepped down from their positions following the massive protests and riots.