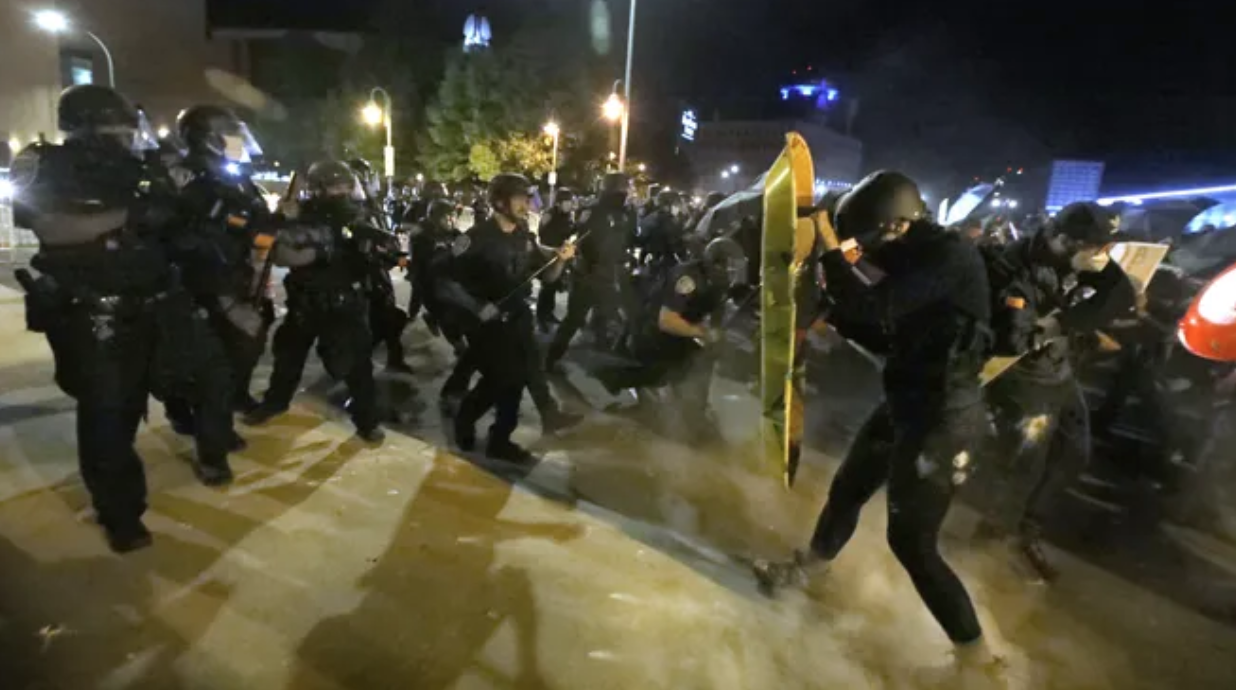 Rochester, New York is the latest city to fall victim to violent protests. Black Lives Matter activists took to the streets of the city after the release of the video concerning the death of Daniel Prude, a black who was a black man who died of asphyxiation after he was hooded by police in March. Michael Mazzeo, the police union president has stated that the police were following protocol adding to the outrage. Unfortunately, that was used as an excuse by Black Lives Matter activists to go out and riot in the streets.

The rioters are starting to target individuals this time, in a concerning change to their tactics. Videos shared online show the activists harassing restaurant patrons and throwing the chairs, in a deliberate attempt to cause inconvenience for ordinary residents. We’re shutting your party down,” one of the rioters shouted at restaurant patrons. Others were chanting, “if you don’t give us our shit, we shut shit down”:

#HappeningNow the protesters in Rochester NY are "shutting down restaurants", tables are broken, people running off scared #rochesterprotests pic.twitter.com/oxmlZp526w

Reporters on the ground shared videos of the harassment of ordinary residents. “#HappeningNow the protesters in Rochester NY are “shutting down restaurants”, tables are broken, people running off scared #rochesterprotests”, one of the reporters tweeted along with a video of the harassment.

The protests became increasingly violent. The rioters started throwing fireworks at the police. The authorities were soon forced to declare it to be a riot. They started to use pepper spray on the activists to limit the damage that they can cause. They continued to hurl objects at the police officers. Several officers were hurt and hospitalized because of the objects that were thrown at them by the rioters.

According to reports, only 11 people were arrested as a result of the riots on Friday, with three of them being charged with felonies. Many cities are being too soft on the rioters which is why more and more of them are being emboldened. It is also driving them to try even more outrageous things to escalate what they are doing. Now, they are targeting ordinary restaurant patrons. Next, they might hurt anyone who will not join them in rioting or they might target families inside their homes.