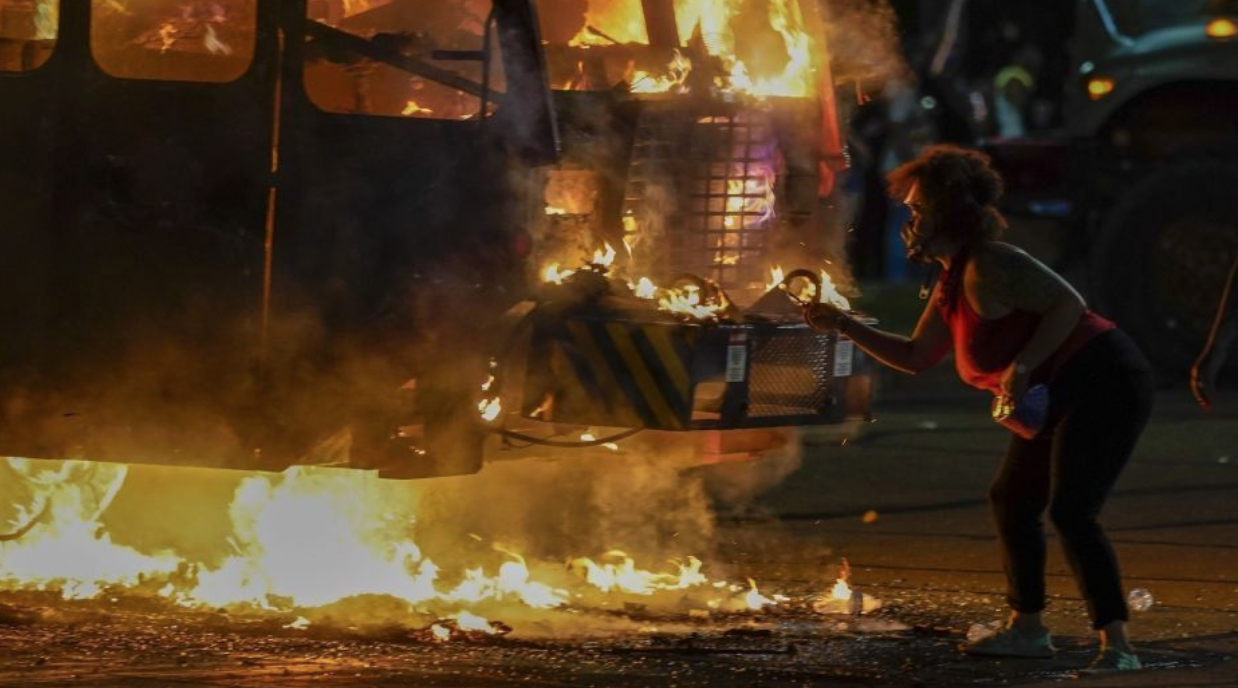 The Washington Post published what could only be interpreted as a threat to Americans on Thursday. The threat which was veiled as an analysis said that only a landslide victory for Joe Biden could save the country from even more violence. The article is just a set of situations that the writer has imagined. She claims they have consulted politicians, civil servants, and media experts but the scenarios they have written down all paint President Trump and his supporters as monsters who will not follow the rule of law.

They claimed that they came up with simulations and all ended catastrophically except for those under which Biden won by a landslide. The article is basically a threat to all Americans, saying that they should elect Biden,, or they would face more riots and looting.

One of the scenarios they have dreamt up read like a bad political thriller, “Trump refuses to concede, alleging on Twitter that “MILLIONS of illegal ALIENS and DEAD PEOPLE” have voted in large numbers and that the uncounted ballots are all “FAKE VOTES!!!” Social media fills with posts from Trump supporters alleging that the election has been “stolen” in a “Deep State coup,” and Trump-friendly pundits on Fox News and OAN echo the message.”

They claimed the scenario was based on exercises they have run, and out of those exercises, only a landslide Biden win ended without violence. The Washington Post is trying to scare American voters into thinking that they have to vote for Biden if they want the riots to end. But the Democrats have refused to condemn the rioting and the looting. They have done what they can to pretend that the riots are all peaceful protests. Kamala Harris has even helped for raising funds for rioters who have been arrested. This latest threat is just confirming the suspicion of some people that the Democrats are supporting these violent protests to benefit them politically.

It seems that the Democrats and their allies in the mainstream media are packing over reports that Biden’s lead in the polls is eroding in the face of rampant lawlessness happening disguised as Black Lives Matter protests. They are resorting to fear-mongering to trick people into voting for Biden.