Rochester Mayor Suspends Officers Who Placed a Hood over Naked Man, Strangling Him to Death 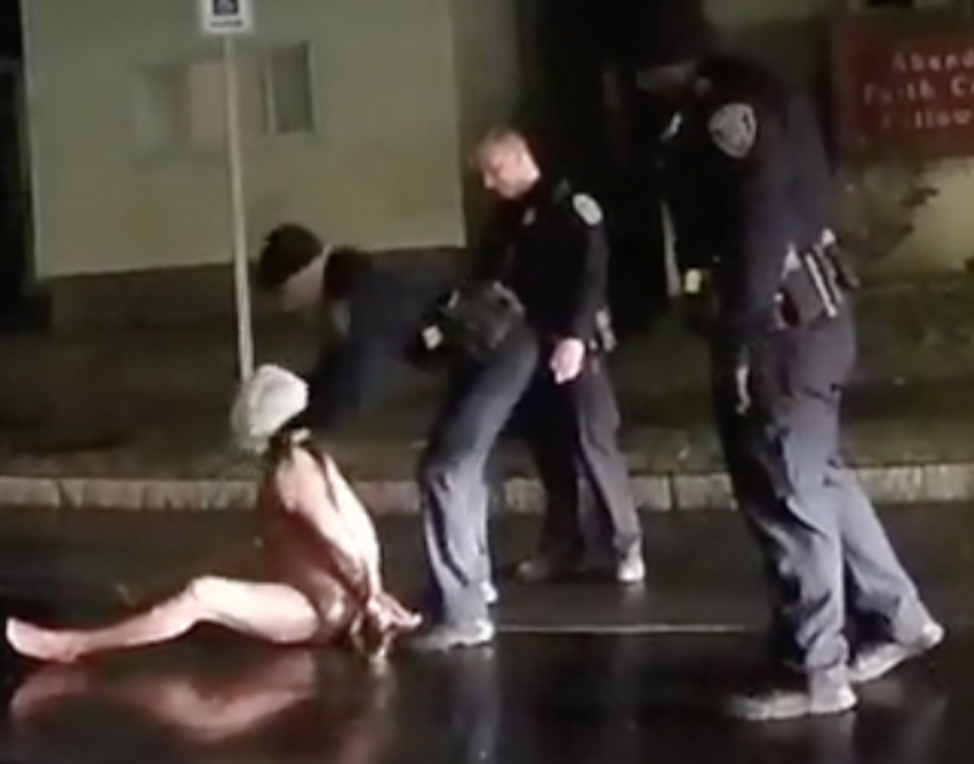 Several police officers were suspended in Rochester, New York, following the death of an African-American man who died of asphyxiation while being held under police custody. Based on the recently released video footage, officers placed a spit hood on the naked man while another officer pressed his face on the pavement for two minutes.

On Thursday, Mayor Lovely Warren announced that the officers were suspended with pay in connection to the death of 41-year-old Daniel Prude. His family members recounted that for some time, the 41-year-old had been experiencing mental health problems. Then on March 23, Prude left his brother’s home, still clothed in long underwear and a tank top. According to an eyewitness, the 41-year-old decided to take off all of his clothes on West Maine. Authorities also believe that the victim had also broken several store windows.

A concerned citizen decided to call 911, and at 3:16 a.m, police officers responded to the incident. They ordered Prude to lie on the ground with his hands behind his back, to which he compiled. While the officers attempted to conduct a mental health arrest, Prude became even more agitated and started spitting at police officers. Due to increasing coronavirus concerns, authorities also placed a spit hood on the victim to prevent him from spreading saliva.

Prude also demanded officers to turn over their weapons. When the officers refused to follow his request, he began shouting at the officers and attempted to stand up. An officer pushed his face on the pavement, instructing him to stop spitting and to calm down. On the other hand, another officer held his legs while a third officer placed his knee on the victim’s back.

Prude began screaming, “Trying to kill me!” he then pleaded with police officers to take off the spit hood. A few minutes later, the officers became increasingly concerned after Prude stopped moving. The victim fell silent as water started coming out of his mouth. One of the officers yelled that Prude was “puking.”

In a report from USA Today, Prude’s brother claimed that he came to police officers to report that his brother had run out of the house. He also cited that Prude was hospitalized earlier that day over suicidal attempts.

In a statement from The Monroe County Medical Examiner’s Office, they have concluded that Prude had died of homicide by asphyxiation, which might have been from the spit hood that authorities had made him wear. Initially, the incident failed to attract media attention until the victim died as family members decided to take him off life support.

On Wednesday, protesters gathered outside of the city’s Public Safety Building, which houses the police headquarters. A clash between the rioters and law enforcement took place, however, the situation quickly de-escalated after officers used pepper spray. Warren, who is a Democrat, also used the incident to further the left-wing agenda. “Mr. Daniel Prude was failed by our police department, our mental health care system, our society, and he was failed by me,” the mayor concluded.