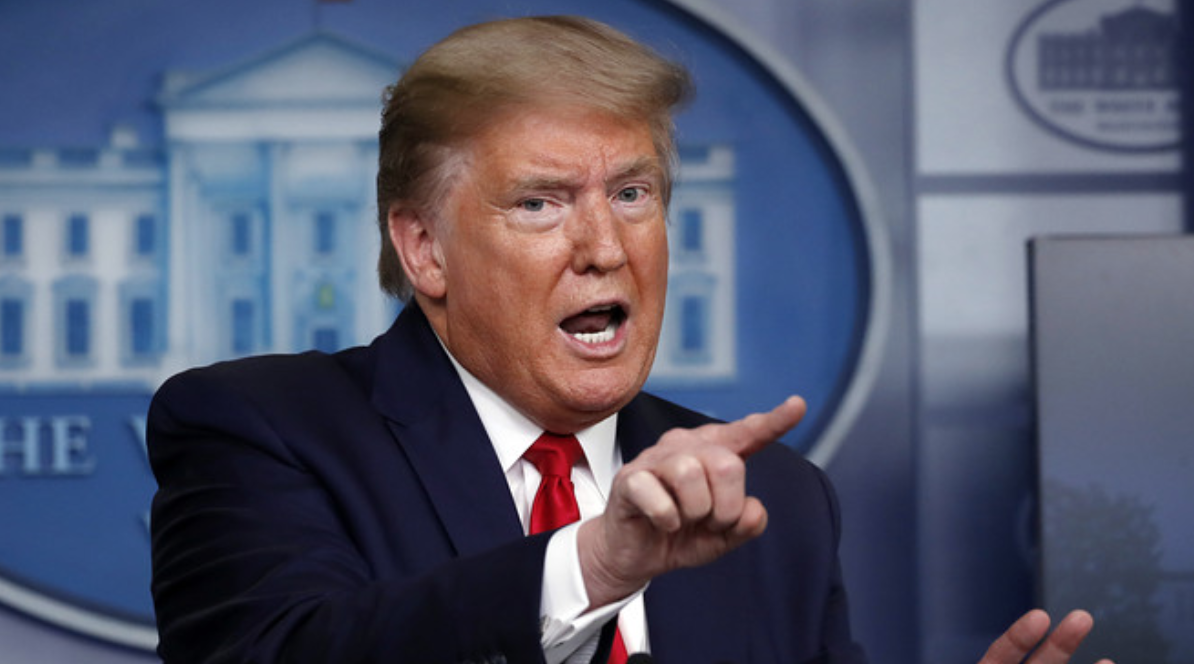 On Monday, President Donald Trump finally had enough after left-wing media outlet CNN criticized him over his decision not to condemn GOP supporters who came to Portland on Saturday night.

In a White House Press Conference, CNN reporter Kaitlan Collins asked Trump why he refused to condemn a group of right-wing supporters who had traveled to Portland to participate in a counter-protest. Originally, GOP supporters came to fight against radical left-wing protesters who had wreaked havoc and chaos across American cities such as Chicago, Seattle, Kenosha, and Portland.

However, things took a turn for the worse as radical left-wing protesters threw objects and debris against GOP supporters. As a defense, right-wing activists fired paintball guns from their pick-up trucks. In the midst of a violent and tense encounter, a Republican supporter, Aaron J. Danielson, was shot dead.

The President refused to back down and defended his supporters. He said, “That was a peaceful protest.” The President explained, “Paint is a defensive mechanism; paint is not bullets.” However, the CNN reporter shot back, “It’s a paintball gun; it’s a bullet.” The President responded, “Your supporters—they are your supporters indeed — shot a young gentleman and killed him,” Trump also expressed his disdain, he continued. “Not with paint but with a bullet. I think it is disgraceful.” The President added that the counter-protesters are people who were tired of watching Democrat-led cities, being burned down and destroyed as a result of the BLM riots.

Other mainstream media outlets, such as MSNBC, shared the same sentiment. The network’s news anchor, Joy Reid, made a ludicrous claim that suburban mothers feared GOP supporters who carried guns, while at the same time depicting “Black Lives Matter” protesters as innocent “kids” who carried “skateboards” and a “horn.”

Reid’s statements were a response to a discussion with another left-wing supporter, Washington Post opinion writer Jennifer Rubin who criticized the President for encouraging GOP supporters to carry guns in an attempt to target “Black lives Matter” thugs. She also described GOP supporters as “white vigilantes”’ who propagate “white supremacy.” The author also claimed that the incident was a clear result of the Republican Party’s lack of political platform and agenda, and had instead focused their campaign on inciting racial conflict. The author warned that the administration would pay a heavy price for encouraging violence, adding that it was not what families in the suburban neighborhoods are looking for.

However, residents in Portland do not share the same sentiments from the skewed beliefs of the mainstream media. Recently, a group of rioters stormed residential streets, bringing with them a guillotine, and burned down American flags. The left-wing activists were far from the picture of harmless “kids.” Rather, they are decked in full battle gear complete with helmets, shields, and even firearms. They also demanded the residents to let them into their homes.