Witnesses Claim GOP Supporter was “Hunted Down” and “Executed” 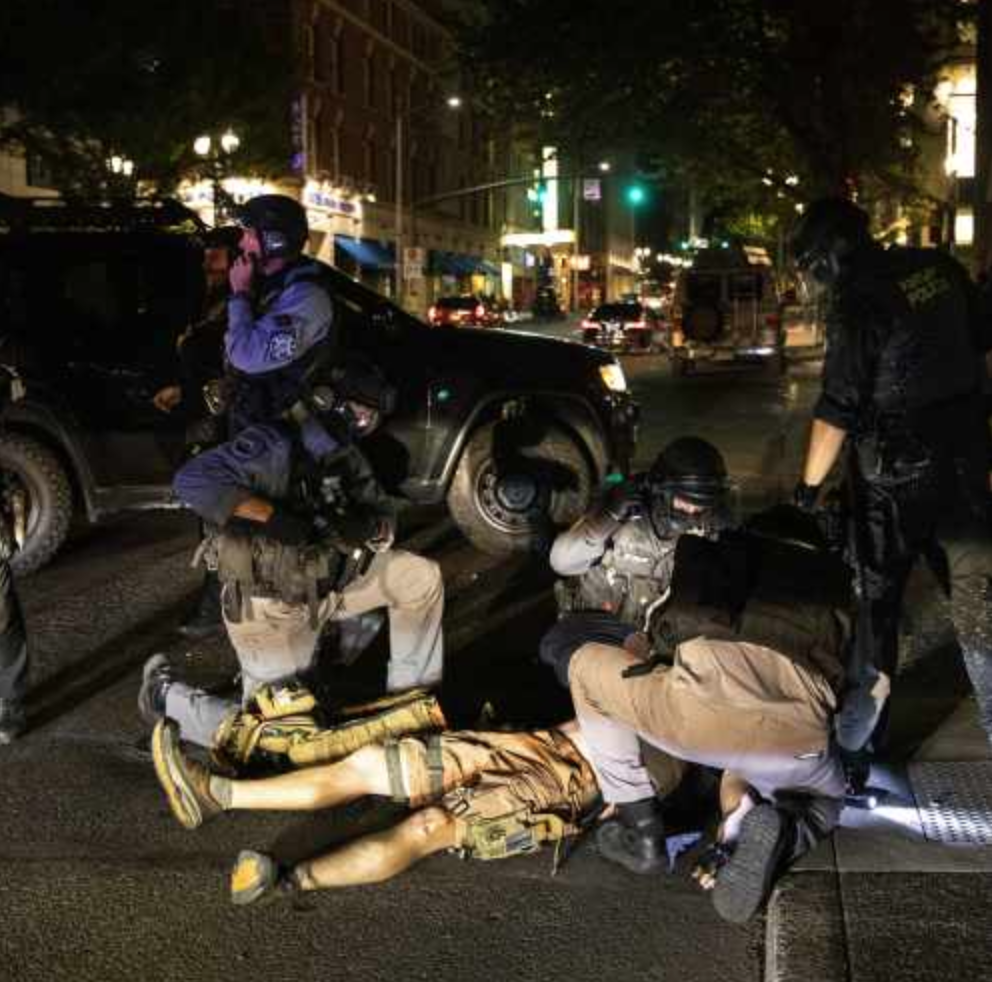 It was a tragic weekend for GOP supporters after one of their fellow counter-protester was gunned down on Saturday. Now, witnesses are coming forward with allegations that Antifa and Black Live Matter thugs had hunted them down and had deliberately executed one of their fellow Trump supporters.

In a media interview, a friend of Aaron “Jay” Danielson, a GOP supporter who was gunned down by left-wing activists, claimed that his friend was executed simply because he was wearing a “Patriot Prayer hat.” Danielson’s friend said that he had witnessed the entire incident, leading to his best friend’s death. He recounted that during the counter-protest, things escalated quickly. “They hunted him down. They hunted us down. They recognized their Patriot Prayer hats,” Danielson’s friend said. He went on to say that a group of left-wing activists found them and yelled that they should be pulled out.

He recounted that as they turned around, he did not realize that another man was pointing his gun at them. As shots rang, he said that they both ran. The incident took them by surprise that they had to take a few moments to realize what had happened. By the time that he had a grip on the situation, he found his friend was already dead. He also shared the collective anger that he felt with Danielson’s death simply because he did not have the same beliefs as other protestors do. “He didn’t do anything to earn a bullet in the chest,” his friend said.

He also explained that the Patriots Prayer hat was inspired by its founder, Joey Gibson, whom he described as a “good man” and a conservative citizen’s advocate. He also praised Gibson for his Christian ideals. The man also shared that just like Gibson, his friend, Danielson was a good person and not as a “racist”’ or “xenophobe,” just like most mainstream media outlets have constantly depicted Republican supporters.

Danielson’s friend also asked President Donald Trump to finally put an end to the violent riots that had swept the nation in the past months. He pleaded that Trump should send his “troops”’ to de-escalate the growing political unrest. He also described Portland as the “most corrupt place you have ever seen.” In addition, He also shared the growing sense of injustice with how GOP supporters were being treated by the city. He claimed that while his friends had to take felony charges, radical-left wing supporters, who had instigated the riots, were allowed to roam free. The man claimed that they were just waving flags, while rioters and anarchists carry explosives.

He also believed that based on what he had seen in Portland, more people would have to die especially when city leaders such as Democrat Ted Wheeler continue to “antagonize” and “provoke’” violence on social media.

In fact, the man’s sentiment was shared by other law enforcement authorities. Just this month, the Oregon State police withdrew their support in Portland. The police agency explained that while they were risking their lives to put peace in Portland, rioters whom they have arrested were allowed to go back into the streets without having any legal repercussions.