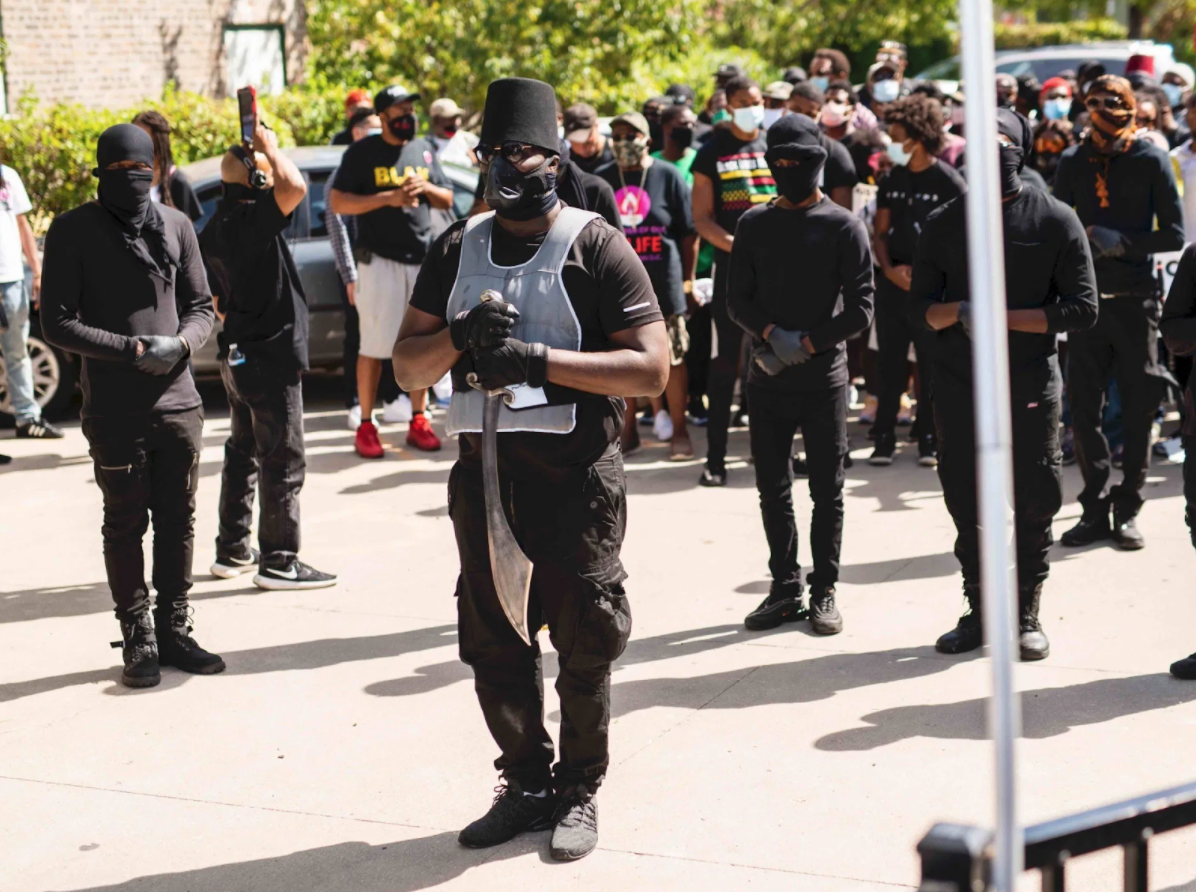 On Saturday, A Kenosha rioter in Wisconsin, warned law enforcement authorities and made a bold statement, declaring that, “If you kill one of ours, it’s time for us to kill one of yours.”

Initially, event organizers set a peaceful rally to protest against the shooting of 29-year-old Jacob Blake who sustained several gunshot wounds from police officers. The rally includes prominent community leaders such as Lt. Gov. Mandela Barnes. The Lieutenant gave out a positive message of strength and resilience. While Barnes admitted that the country continued to face issues that they had years ago, he believed that people should continue to fight to ensure that justice is for everyone. He also stated that the Kenosha Police Department’s mission is to protect the community, with respect and compassion.

Other speakers also include Jacob Blake Sr, the victim’s father, who spoke passionately about his son’s experience. The older Blake admitted that he was mad after what had happened to his son. However, he believed that it is important to not lose control of one’s emotions.

Last week, Jacob’s uncle, Justin Blake, also spoke on behalf of the family, to outrightly denounce the violence which took place after his nephew’s violent shooting. During the interview, Justin pleaded that they will continue to seek justice and accountability in a peaceful and legal way.

According to the local news site, Kenosha News, the event was filled with passionate speakers who took the stage to demand accountability for the violent shooting incidents. The media outlet cites that a huge crowd of around 1,000 to 2,00 people joined the peaceful gathering. However, despite the city’s best efforts to maintain a violence-free protest, other rioters had made their way to the crowd. During the event, one speaker went off the course and had gone as far as to incite violence. The man who was introduced as “our president” made a bold declaration, stating that “If you kill one of us, it’s time for us to kill one of yours.”

The man admitted that while it does not seem good to hear that they should avenge the death of a black person, he believed that they should not keep on burying black people, especially when they did nothing wrong. The tone was greatly different from what speakers had said during the rally. In fact, most speakers advocated on changing the system and focusing on social justice, rather than physical and even grave revenge.

Currently, violence continues to escalate in Democrat-led cities. On Sunday, law enforcement officers arrested three individuals in connection to another shooting incident in Los Angeles, where they targeted a pro-Trump caravan in Woodland Hills. Fortunately, no one was hurt. Officers then blocked 20600 blocks of Ventura Boulevard on Sunday.