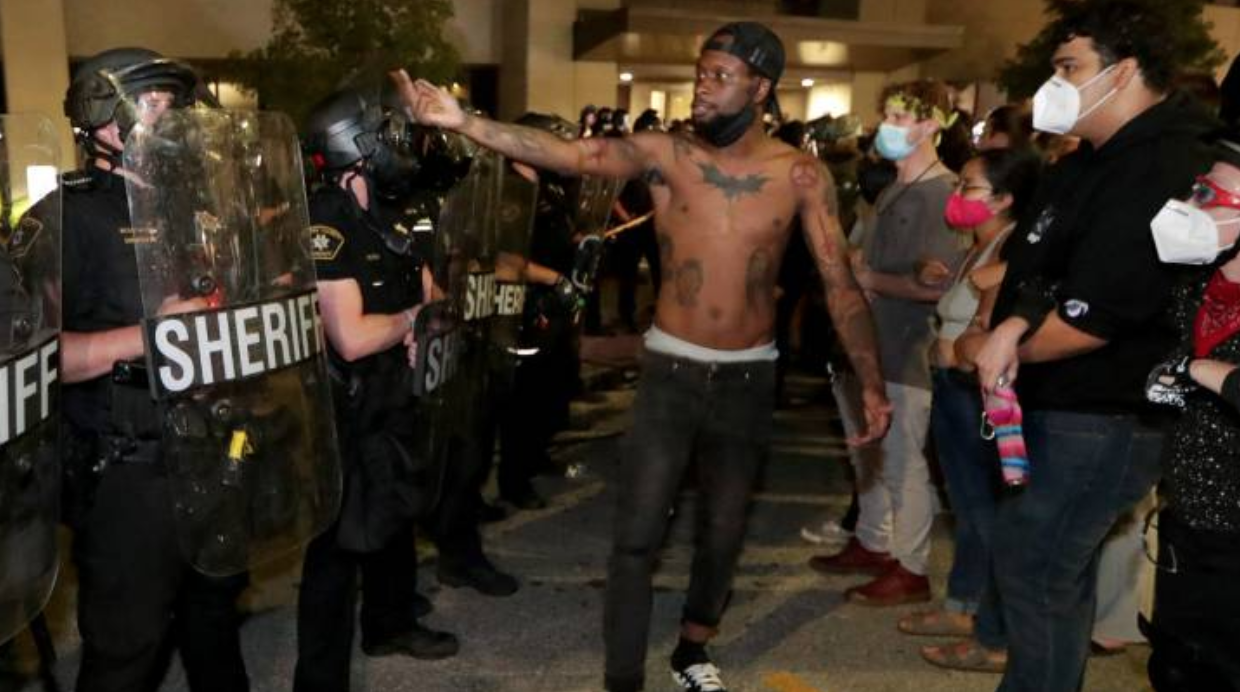 Video has emerged showing Jacob Blake fighting with police officers before he reached inside his vehicle ignoring the warnings of police officers and he was shot. The video was published by the Daily Mail and it appears to be taken right before the shooting. This is a crucial proof that the police officers have been justified in shooting down Blake who appears to be a violent individual, contrary to what Black Lives Matter activists are saying.

It seems that the incident that led to his shooting is not the first time Blake had to deal with law enforcers. Prior to that, he has been charged with sexual assault, trespassing, and disorderly conduct related to domestic abuse. So, just like George Floyd, Blake is not really the innocent black man as what the BLM rioters are claiming. The police are actually justified in shooting him since he ignored their orders and was grabbing something from his car right after fighting them physically.

Blake had an arrest warrant issued against him in July. It is not immediately clear whether that arrest warrant has something to do with his altercation but it seems that he also has a history of resisting arrest. He had resisted arrest back in 2015 when he pulled out a gun at some people in a town near Kenosha.

The shooting is now being used by BLM terrorists and looters to cause mayhem in cities. They don’t really care if the police are really justified in using force to stop Blake. The mainstream media is also playing a part in making the rioters angry since they are not reporting the full details of the incident. The Democrats are also to blame for this since they have refused to condemn the riots and have actually blamed the police.

The National Guard has already been deployed to Kenosha but that has done little to deter the looters and rioters from doing damage. They have destroyed businesses and vehicles in the area. Their savage display of destruction has very little to do with the call for justice, which they claim is their aim for going out in the streets. This is a dramatic escalation that will further make the problems of the riots in the cities even worse.