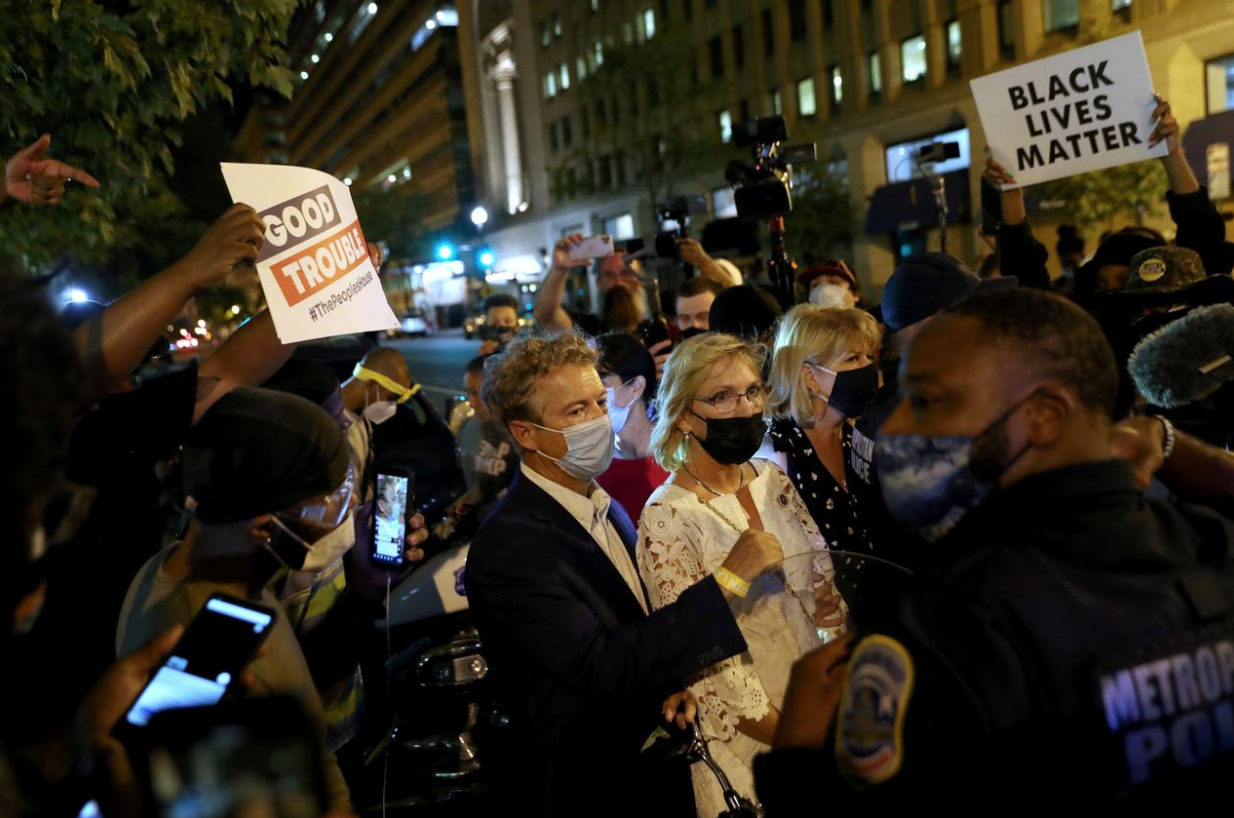 Republican Senator Rand Paul was attacked by a group of Black Lives Matter thugs as he walked back to his hotel from the White House after listening to the President’s speech on Thursday. In videos that have been posted, a group of activists with signs were trying to close in on Paul and his wife. Police officers can be seen trying to protect them. They had to be escorted back to their hotel to ensure their protection.

When Paul appeared on Friday on Fox News Channel’s “Fox & Friends,” Paul said that they were verbally assaulted by the thugs. “The threats were to f— you up, to you know, to kill you,” Paul said. “The threats were if they could get a hold of you, and I truly believe with every fiber of my being, had they gotten at us, they would have gotten us to the ground. We might not have been killed. We might just have been injured by being kicked in the head or kicked in the stomach until we were senseless. You’ve seen the pictures. Most of the networks will not show the pictures of this. This is happening in all of our cities. It’s got to stop and thank God for the police.”

“Had we not gotten to the police, I truly leave that the police saved our lives, and we would not be here today, or we’d be in a hospital today had the police not been there,” Paul continued.

Senator Paul has reason to fear for his life. The rioters who have been causing so much damage in different cities have been known to harm people. Just this week, they attacked an elderly person in Kenosha, Wisconsin who was trying to protect a building from looters and arsonists.

The mainstream media is trying to downplay the incident. Some news outlets are reporting it as if Paul is only claiming that there was an attack. CNN, on the other hand, mentioned that Paul and his wife were not actually touched by the protesters. They did not mention that the attack came in the form of verbal assaults. They also did not mention that the only reason why Paul and his wife were not attacked physically was because of the police who helped them out.