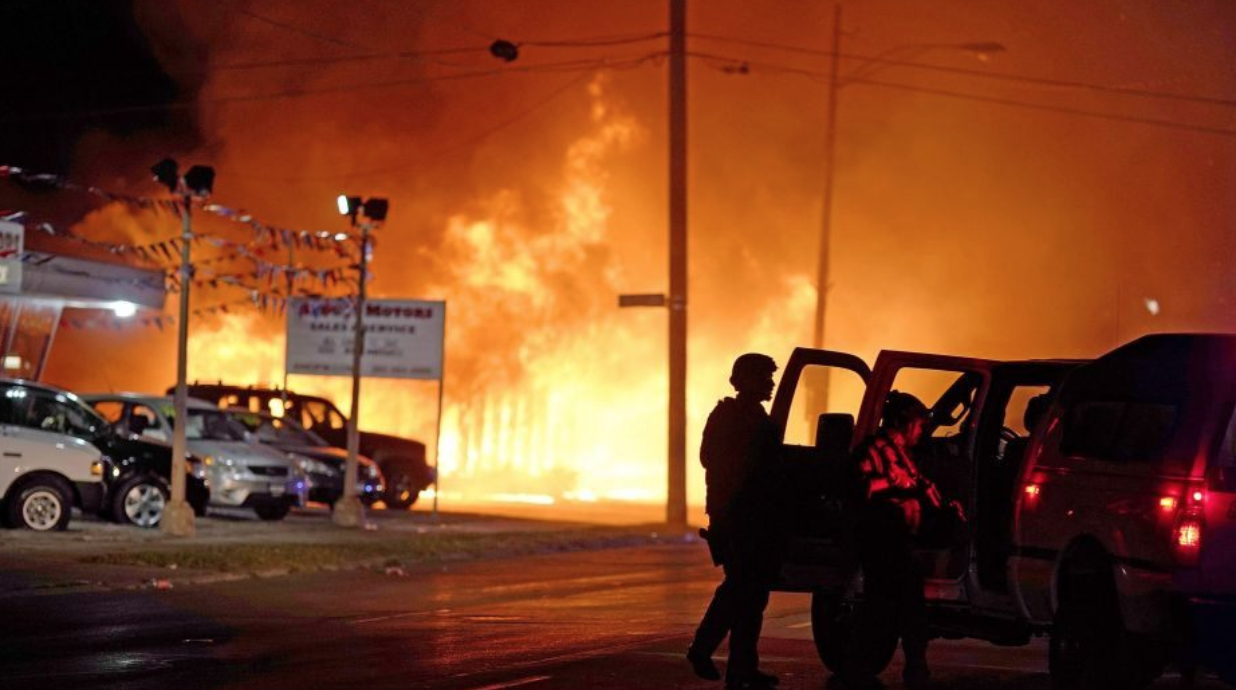 The rioters in Kenosha are trying to escalate the things further by shouting anti-American and anti-police slogans. The riots and protests started when a black man was shot by police officers. The black man resisted arrest and fought with the police. He tried to grab something from his vehicle which prompted the police to shoot him. None of that matters to the Black Lives Matter and other left-wing activists who are just waiting for an excuse so they can go out and loot again after the issue the outrage over the death of George Floyd has died down.

Reporter Julio Rosas shared several videos of the left-wing activists as they shouted their slogans. One of the videos he shared showed a woman shouting, “Kill the police!”

An American flag was just burned outside the Kenosha County Courthouse. One woman screams, “Death to America!” and kicks the fence. pic.twitter.com/vI8U6EOGBv

Another woman was caught on video shouting “death to America!” The woman then kicked the fence that was erected to protect the Kenosha County Courthouse. Soon, the rioters started to throw objects at the police and the National Guardsmen who were trying to protect the courthouse. Violence is starting to escalate in the city as businesses and vehicles are torched. Some establishments have been looted. An elderly man was beaten unconscious by Black Lives Matter activists when he tried to protect the building of a charitable institution.

The Democrats and the mainstream media have refused to condemn the violence of the protests. In fact, the media is choosing to defend the destruction and the violence by describing what is happening as peaceful protests. The Wisconsin governor has condemned the police for the shooting which is causing the riots without conducting an investigation. He has chosen to side with the activists even though it is obvious that the shooting was justified. Now he is doing very little to stop the riots which he is partly responsible for.

The governor is being urged to accept help from the federal government to help quell the riots but it is highly unlikely that he will allow federal troops to come in and help the ordinary residents of Kenosha who are the ones suffering the most because of the riots. There are a lot of small businesses that have been devastated caused by the wanton destruction caused by the activists.