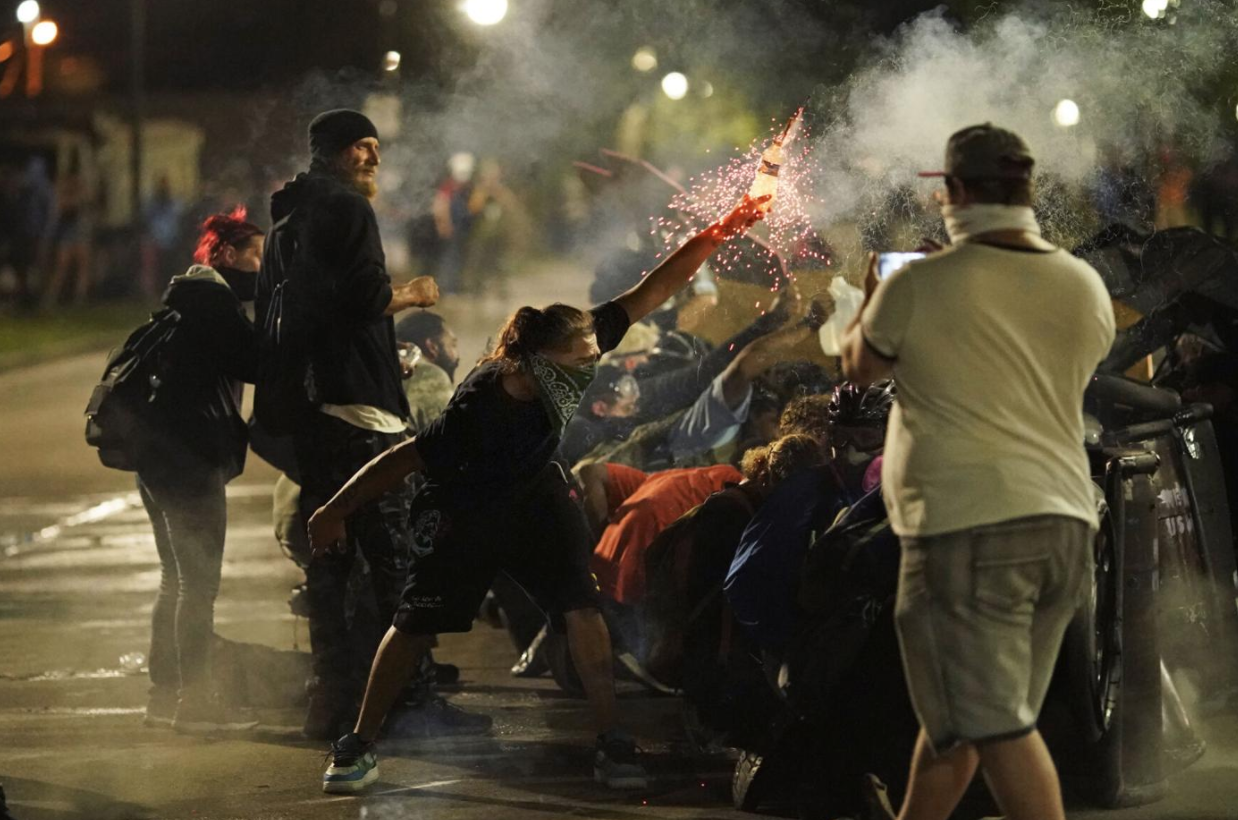 “Protesters. You know what I say? ‘Protesters, your ass!’ I don’t talk about my ass,” the President said as the audience laughed. “Those are anarchists, agitators, rioters, and looters.” President Trump was referring to the hundreds of leftist activists who gathered outside of the White House when he gave his acceptance speech during the Republican National Convention. Some of the activists harassed the people who were coming from the convention.

He then criticized the Democrats and the media for not condemning all the violence and the mayhem being caused by the leftists. They have even encouraged the protests since they wanted to attract the far-leftists. The President pointed out how they have no complaint about the rioters who are causing damages to the cities while restricting law-abiding citizens who just want to go to work.

The Democrats have not come out to denounce the rioting and the looting. Like the media, they have claimed that the protests are mostly peaceful. They did not even mention it during their national convention. They cannot mention them because most of the cities that are suffering from the lawlessness of the activist are Democrat-run cities. It’s only now that Joe Biden is saying that the violent protests are bad because they are starting to see that it has an effect on the polls.