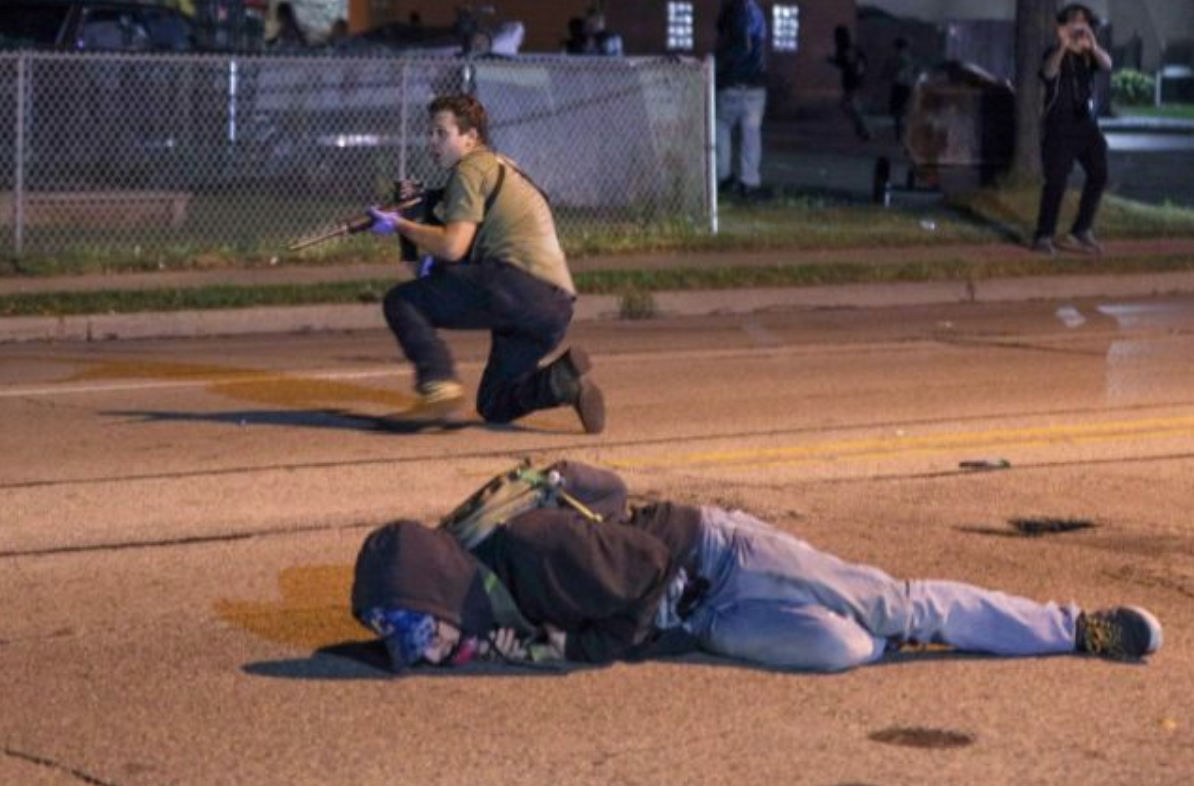 On Wednesday, law enforcement officers arrested and charged 17-year old Kyle Rittenhouse with murder after he shot two individuals from looting a property.

According to reports, Ritterhouse had crossed state lines from his home in Antioch, Illinois to take part in the riots in Kenosha. He was also armed with an AR-15 and had shot three people on Tuesday night, following another violent riot. Unfortunately, two of the victims died while another was severely injured.

The entire incident was caught in a cell phone video and had since gone viral. Bystanders claimed that the teen appeared to be more “‘erratic”’ and seemed “on the edge”’ compared to other protestors. He was also spotted the night before guardian with other militia members outside of Kenosha’’s local businesses.

A Kenosha resident named Koerri Elijah recounted that earlier that night, an organized protest took place. In an effort to protect public buildings, police officers pushed the crowd away from the police station and courthouse. However, after the protest, a group of looters began looting and destroying business establishments. Others even smashed and burned down vehicles.

In an effort to defend other business establishments, Ritterhouse along with a small group of people took it on themselves to guard Kenosha other establishments including a gas station. Elijah claimed that at first, Ritterhouse who was armed did not seem to appear as a grave threat. However, the teen suddenly turned erratic, and shot two victims in the head, while another victim was immediately rushed to the hospital.

After shooting his victims, Rittenhouse approached a group of police vehicles and put his hands up. When the vehicles drove away, the teen waved at the officers.

(Warning, Graphic/Violent)
A crowd chases a suspected shooter down in Kenosha. He trips and falls, then turns with the gun and fires several times. Shots can be heard fired elsewhere as well, corroborating reports of multiple shooters tonight #Kenosha #KenoshaRiots pic.twitter.com/qqsYWmngFW

In another video footage, a teen who appeared to be Rittenhouse jogged away from a group of people, screaming “I just killed someone.” There was also a video where Kyle was asked why he was there. Rittenhouse explained that he was only there to guard property and businesses.

CONTEXT: I spoke with the alleged shooter earlier in the night who stated he was there to protect property

He did not make racist comments, condemn #BLM, or mention political motivations for his actions

He said that he was there to protect property & was carrying a firearm pic.twitter.com/ViYUB65tiy

A photographer also took a photo of Rittenhouse cleaning vandals in the city’’s public buildings.

In his social media post, the 17-year old appeared to be an aspiring cop, and was a big supporter of the “‘Back the Blue” movement.

USA Today’s Nick Penzenstadler gave an update that Rittenhouse will be charged with 1st degree homicide for the death of the two individuals. He was also assigned with a public defender, and is scheduled to appear in court. As of the moment, the tenn’’s family refused to provide a statement.