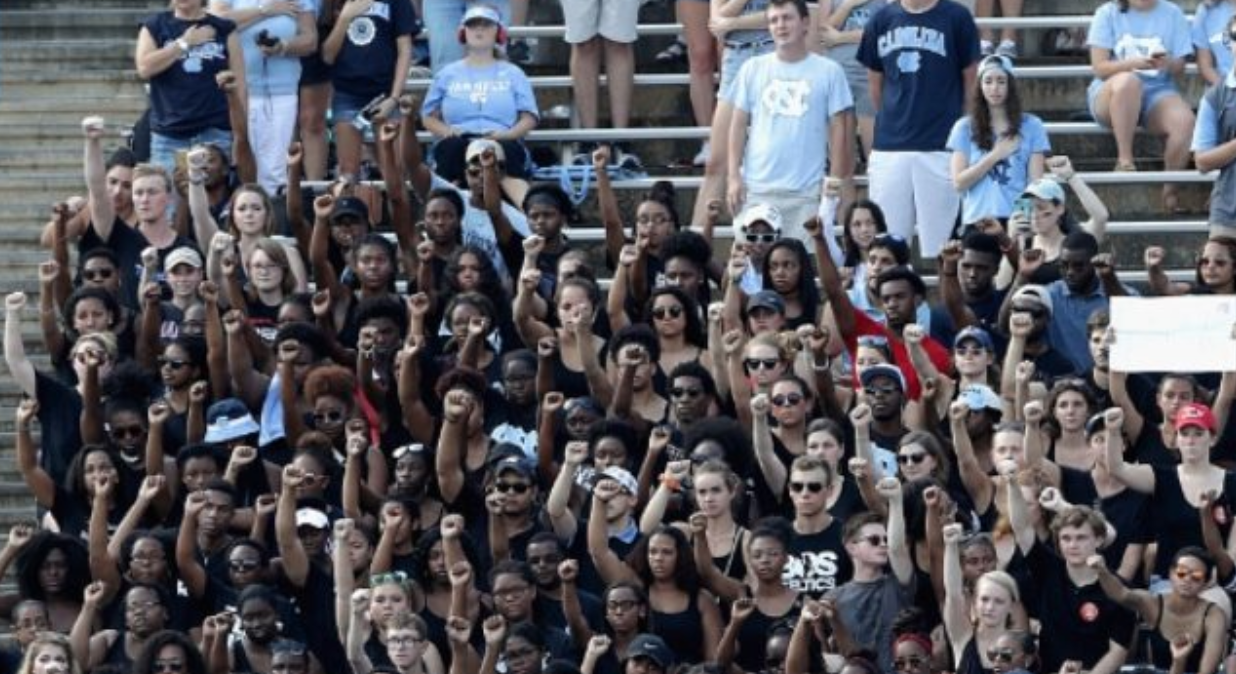 The National Collegiate Athletic Association (NCAA) is joining the bandwagon as it announced that it would let its players place social justice slogans in their jerseys when they’re playing. The NCAA is just the latest sports organization to bow down before the Black Lives Matter to allow itself to become a propaganda tool. On Thursday, the college sports body announced that it authorized its players to wear commemorative patches for the 2020 and 2021 seasons.

“The patch on the front, which most sports already allowed, as authorized by the school or conference, may be a commemorative/memorial patch (names, mascots, nicknames, logos, and marks) intended to celebrate or memorialize people, events or other causes,” the organization said through a statement. The players will also be allowed to place messages on their jerseys in place of their names at the back. This would mean that they can write BLM propaganda slogans on their jerseys as they play.

It was not made clear by the NCAA if they will be issuing a list of messages that they will permit the players to wear but considering the trend right now, the players are likely to wear BLM propaganda. The NCAA is just the latest sports organization to bow down to the pressure of BLM and social justice activists. Major League Baseball was the first to go. Then just this week the NBA demonstrated that they were willing to bow down to their demands. In a game between the Lakers and the Clippers, all the players and coaches took a knee during the national anthem. It seems that it will be the new normal now for the basketball league and anyone who disagrees might end up in hot water. That’s the kind of environment that the leftist activists are promoting, they’re basically asking for anyone who disagrees with them to be de-platformed.

Lebron James was one of the players who took a knee during the game. He’s basically protesting against America and the American way of life while at the same time he refused to condemn the actions of China against Hongkong and their Muslim minority. That’s the level of hypocrisy that the NBA and many of its players are showing the world right now. When they’re money is going to be affected, their principles go out of the window. Now, the NCAA is following in the footsteps of its professional counterpart and going down the path of being woke.