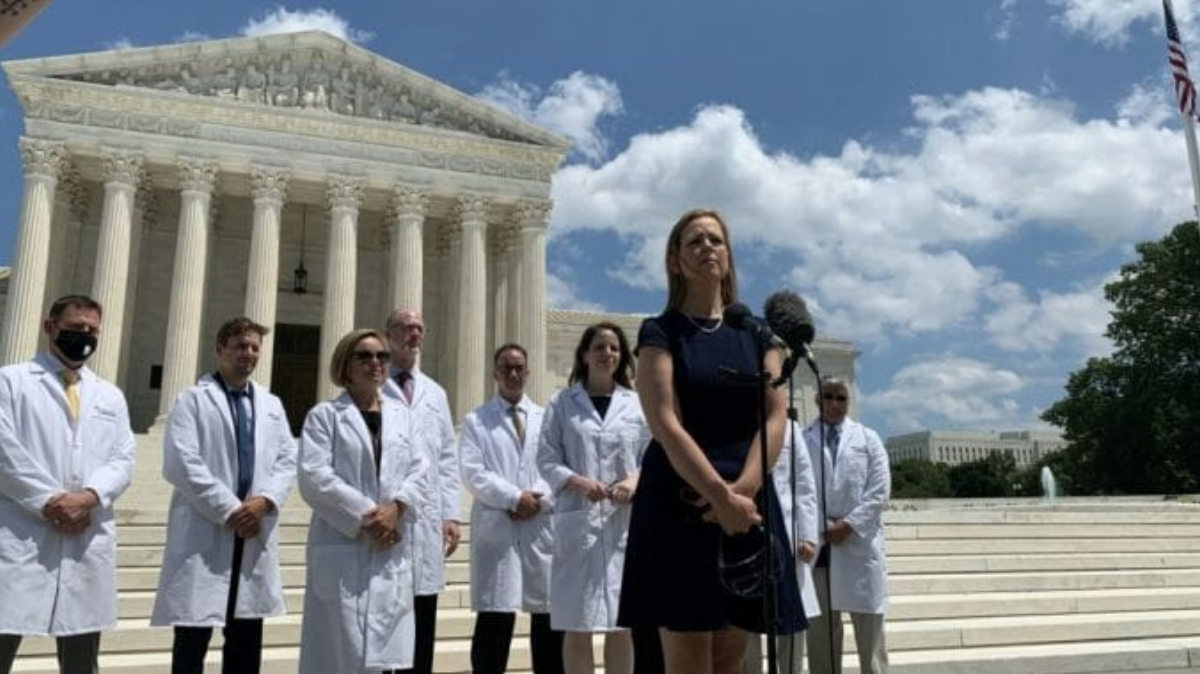 On Tuesday, U.S. doctors held a press conference on Capitol Hill to fight the growing media censorship against big tech platforms such as Facebook, Youtube, Google, and Twitter.

The incident all started out when a group of American doctors held a D.C. press conference to combat what they believe as a “massive disinformation campaign” about the coronavirus outbreak. The speakers came from America’s Frontline Doctors and organized and sponsored by the Tea Party Patriots. It also featured Republican Rep. Ralph Norman.

Within just eight hours, the video had garnered more than 17 million views and is considered as the top-performing video across several social media platforms. In fact, it had even surpassed prominent accounts on Facebook, such as Hillary Clinton, Rev. Franklin Graham, and even celebrities like Kim Kardashian.

Unfortunately, Facebook and other big tech platforms such as Youtube ( which is also owned by Google) took down the video for apparently sharing false information. Andy Stone, a Facebook spokesperson confirmed to Breitbart News that the social media giant had indeed removed the content. “We’ve removed this video for sharing false information about cures and treatments for COVID-19,” Stone said. However, the company failed to cite what specific facts or statements that the doctors have made for Facebook to take down the video.

In a Twitter post, Stone said that the doctors had violated the myths that were already debunked by the WHO.

Also, one other thing to note. We're showing messages in News Feed to people who have reacted to, commented on or shared harmful COVID-19-related misinformation that we have removed, connecting them to myths debunked by the WHO.

However, even the esteemed international organization had spread false information on the true extent of the COVID-19 virus. In fact, in January, the WHO claimed that they had found no “clear” evidence to prove that the virus could spread from human to human transmission. According to reports from the British media outlet, The Guardian, the health organization issued the statement as a way to “balance out the science” amid growing fears and concerns over the disease.

Preliminary investigations conducted by the Chinese authorities have found no clear evidence of human-to-human transmission of the novel #coronavirus (2019-nCoV) identified in #Wuhan, #China🇨🇳. pic.twitter.com/Fnl5P877VG

The event organizers also warned about big tech and the mainstream media control on the information about coronavirus“If Americans continue to let so-called experts and media personalities make their decisions, the great American experiment of the Constitutional Republic with Representative Democracy, will cease.” In a statement from America’s Frontline doctors, the organization claimed that America had been paralyzed by a “spiderweb” fear more than the real virus itself. The doctor also claimed that they have been constantly silenced by the media and that the narrative of fear and disinformation continued to affect American society, as well as the economy.

Moreover, Director of the National Institute of Allergy and Infectious Diseases Dr. Anthony Fauci also claimed that he is “cautiously optimistic” that the coronavirus vaccine from Moderna will be available by late fall and early winter. “We will have an answer, and I believe it will be positive,” Fauci hoped.