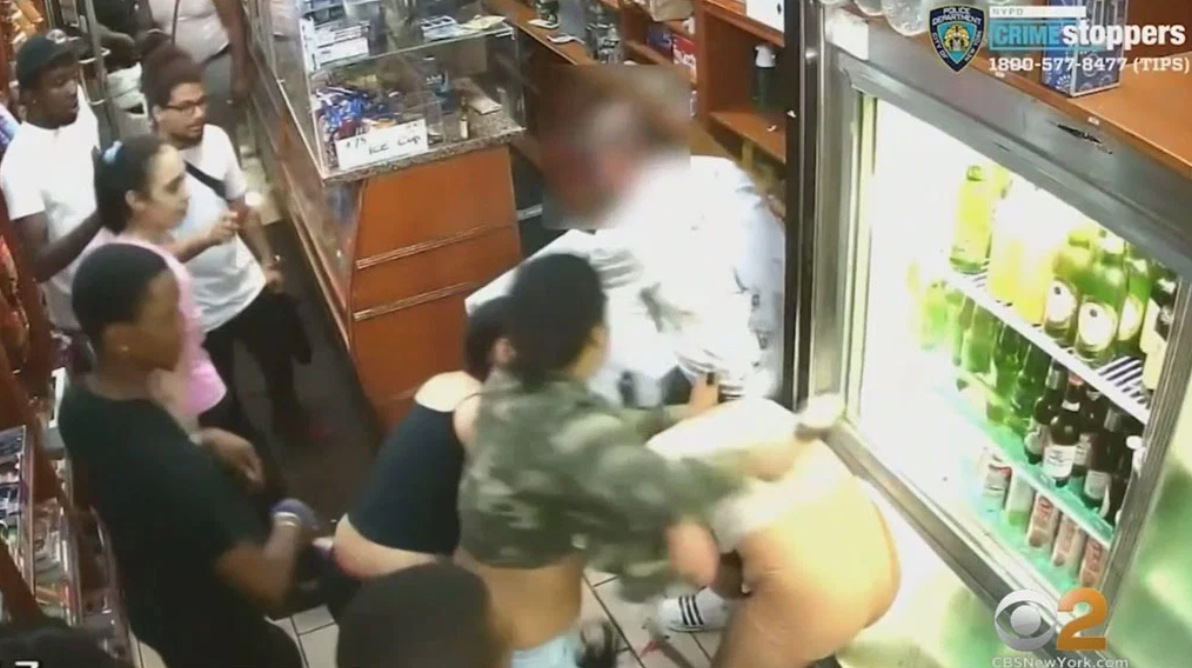 Violence had become a major problem in Democrat-led cities. Just last week, police officers reported that the father and his daughter were viciously assaulted with beer bottles in a New York City Deli.

According to reports, a large group of men gathered around the two victims following what looked like an “unspecified dispute.” One of the perpetrators allegedly grabbed a bottle from the refrigerator before attacking the victims. The 22-year old was struck in the head as she was repeatedly punched and kicked.

The father also sustained injuries after he was beaten to the ground, where he was knocked unconscious. A woman attempted to call the police. Unfortunately, the perpetrators took her phone.

The father was immediately rushed to the hospital where he received treatment and is reportedly in a stable condition. His daughter was also treated at the scene.

On Sunday alone, two men were fatally shot in two separate incidents. Authorities claimed that the first victim, a 32-year-old man, was shot on the leg at 260 Park Hill Avenue. He was rushed to the Staten Island University Hospital but was later pronounced dead.

Another victim was found at the Bronx Park East. This time, the 37-year-old man was shot in the head and was pronounced dead at the scene. As of Sunday morning, there have been 31 shootings over the entire week, marking it as 17 times higher than in the same period last year.

The situation had become so dire that a city councilman, Anil Beephan from the East Fishkill, N.Y. had issued a travel advisory on New York City, as the crime rates skyrocketed to 130 times higher than last year. “Due to the rising rate of violence and major crimes, it is recommended that area residents exercise increased caution while visiting New York City,” Beephan said. He added that “[a]rmed criminals have been known to target and attack individuals, both pre-meditated and at random.”

Bepephan claimed that the surge in crime rates might be attributed to aggressive changes in law enforcement, which might have affected the officer’s ability to protect its residents as well as respond to crimes.

Following the “defund the police movement,” NYPD Commissioner Dermot Shea announced that they had disbanded the city’s Anti-Crime Unit, which was composed of officers dressed in plainclothes, as well as undercover officers. The NYPD claimed that it was a part of the plan to “rebuild”’ the community’s trust in law enforcement.