Chicago Residents in Despair, Demands Local Leaders to Step Up 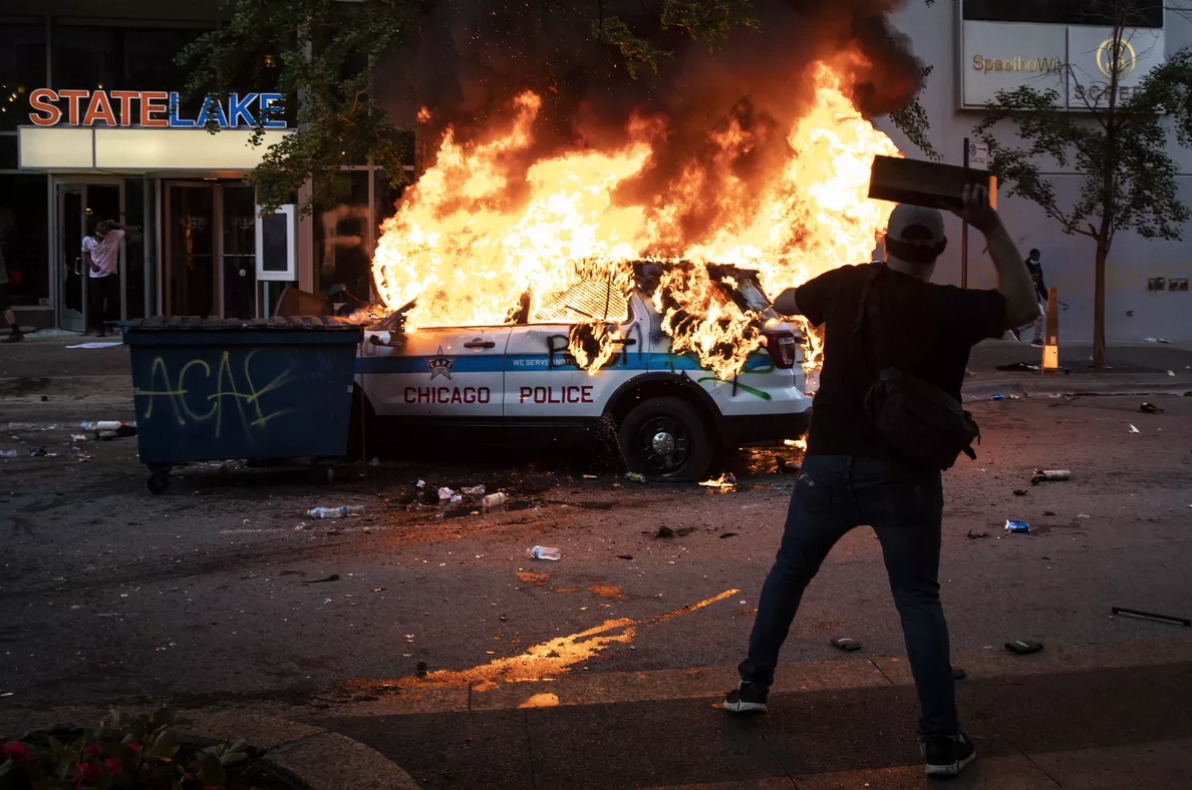 Chicago residents had enough of the violence and chaos that have resulted from the ongoing Black Lives Matter Protest. In a report from Fox News host, Lawrence Jones claimed that local residents and business owners from the city’s South Side blamed their city and state leaders for their failure to stop the unrest.

On Monday, several residents expressed their frustration over their elected leader’s failure to protect their own citizens. One man said, “Fourteen people [were shot] at the funeral home [last week]. That’s around the corner from my house,” He continued, “I drive past it all the time. I could have been a victim of that just riding past.”

In addition, other residents showed their approval over Trump’s deployment of federal officers. One resident claimed that “I have heard some comments from Mayor Lori Lightfoot, and she doesn’t want that type of action in our city,” they said. “But I’m for it. We’ve got to do what we’ve got to do.”

In another report from Al Jazeera, other residents shared the same sentiments. In an interview, former gang member Cedrick Easterling welcomed the presence of the federal law enforcement officers. Easterling claimed that the violence has escalated to a point where if someone is to sit at the Ogden Park, they would often hear shots coming from the city’s South Side.

28-year old Junior Jaber also agreed with the President’s decision to deploy federal officers. He claimed that the city has now become a “warzone” and that the Trump administration must “clean it up.”

Over the weekend, the Democrat-run city recorded 39 shootings and three homicides, including the death of a 19-year old woman. Moreover, at least 59 people were wounded from gun-related violence.

The growing political unrest also became a cause of concern for some Democrats. On Monday, Breitbart News reported that some of Trump’s rivals feared that the ongoing protest might be counter-effective in their campaign to bring down the administration. In fact, Democrats are starting to question whether their narrative of peaceful protest might hurt Biden’s presidential campaign. Throughout the ongoing protests, Democrats have constantly insisted that federal officers were attacking these “peaceful protesters.” Along with the help of mainstream media, left-wing supporters went on to downplay the true extent of the damage and violence that were a result of these riots.

However, staunch Trump critic, and Clinton’s close ally, Lanny Davis are having second thoughts. In a social media post, he raised the alarm that “Progressives in Portland” should call out the “violent protesters.” Davis feared that the ongoing violence might, in fact, help Trump’s campaign.

Violent protesters lighting fires and using violence in Portland should wear @realDonaldTrump buttons. That is who they are helping.Progressives in Portland need to call them out, including the Mayor. ReTweet please. Don’t allow violent people help @realDonaldTrump

Even MSNBC host Joe Scarborough questioned how people who break through the federal property and burn down buildings could help their cause. The host concluded that it was simply a “self-destructive way” to push for their own advocacy.

How does breaking windows at a courthouse, setting fire to a federal building, firing guns in crowds, and committing acts of vandalism forward any cause? Actually, don’t bother because there is no good answer. It is self-destructive to any cause you promote.