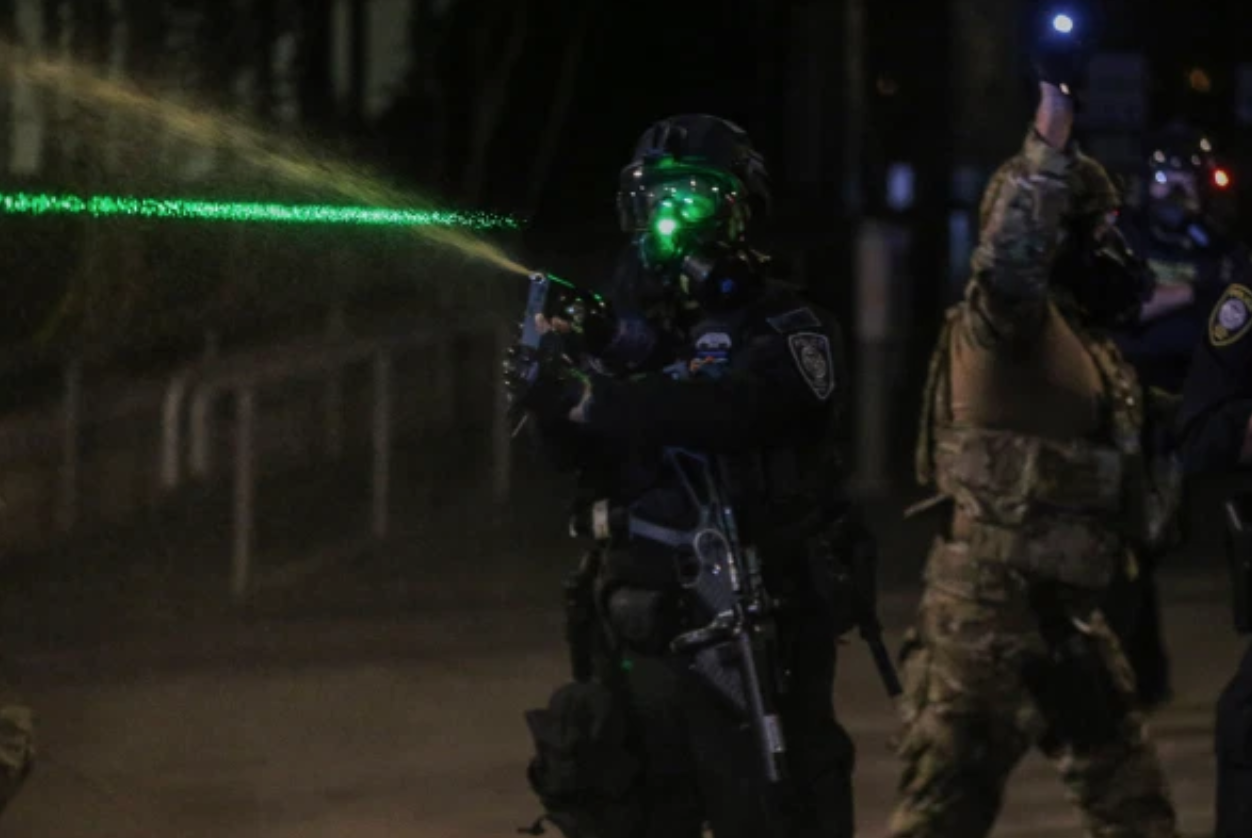 Several federal law enforcement officers who responded to the rioting in Portland are reported to have suffered permanent eye damage due to the high-powered lasers that have been pointed at them by the rioters. That was according to the Federal Protective Service (FPS) Deputy Director of Operations Richard Cline. The official described how the rioters attacked federal officers who were trying to put a stop to the violence in the streets. They would throw different objects at the protesters and point very powerful lasers into the faces of the offices. The lasers have no other purpose except to cause eye damage.

“You’ve seen the green lasers that are being used out there, we have three officers who currently have eye injuries and they may not recover sight in those eyes from those laser attacks,” Cline said during a press conference. He also added that the federal government has since purchased special glasses to help protect the eyes of the officers involved. He also added that they were moving towards removing the officers’ names away from their uniforms and replacing them with their badge number instead. The move was made necessary after 38 of their officers have been doxxed. This comes after Alexandria Ocasio-Cortez proposed legislation that would require federal officers to identify their government agency, name, and identification number while on duty. That move is aimed at making it easy for fellow leftists to doxx federal officers so they can attack their family.

Federal officers in Portland are not getting let up from all of the riotings that have been going on in the city. On Thursday night, a group of rioters was able to breach through the fence which served as a barricade around the federal courthouse. That required a response from federal officers.

There seems to be no sign of the riots in Portland dying down. The problem is that the city mayor is actually supporting the rioters who are tracking to attack federal property. He even went out in support of them although he was heckled. The main reason why the riots in different cities continue to happen is that the leaders of the cities who are mostly Democrats are actively supporting the Antifa and BLM rioters that are causing so much damage. They actually want the federal officers to be sent to their cities so they can grandstand and claim that Trump is oppressing them.