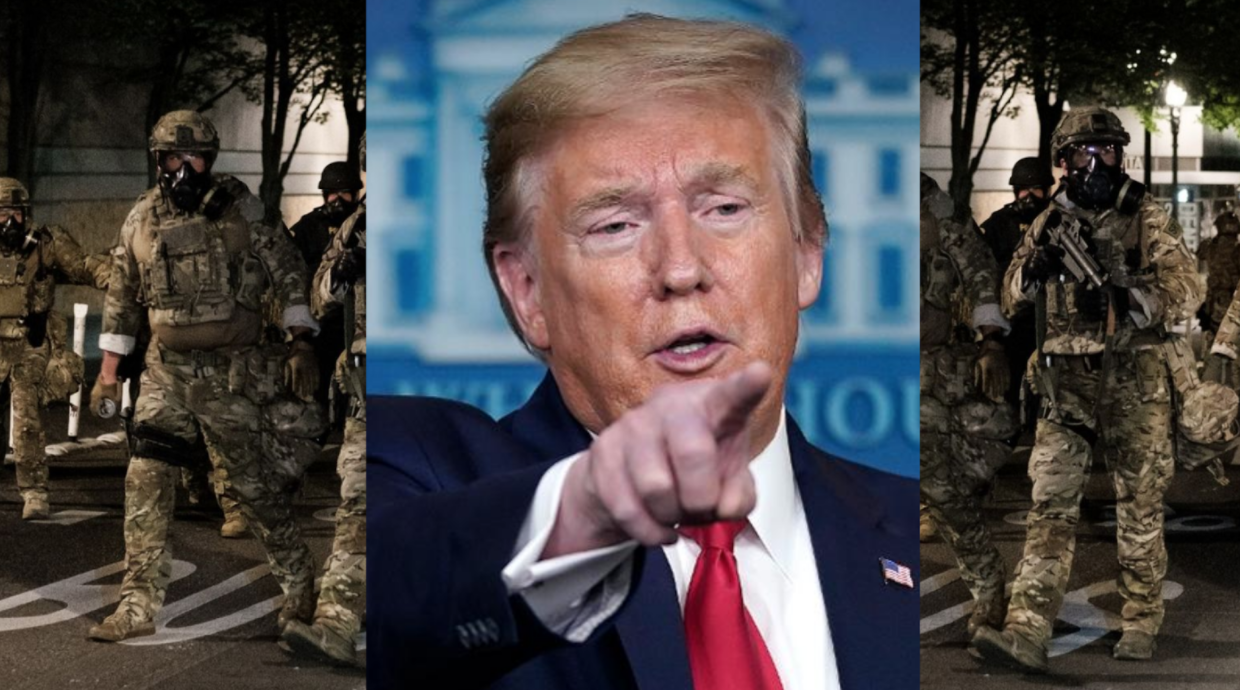 On Wednesday, President Donald Trump announced that he will be increasing the number of federal troops that will take part in Operation Legend. The operation is aimed at quelling the lawless violence that is plaguing American cities right now. He singled out Chicago and Albuquerque as the cities that would boost the number of federal law enforcers there.

“We just started this process, and frankly, we have no choice but to get involved,” President Trump said. He was referring to the rioting that has been taking place in so many American cities and the local officials refusing to take any action to quell the violence. Some have even threatened federal officers if they came over. Some mayors are directly siding with the rioters and arsonists who are destroying their cities. A good example of that is Chicago, where the mayor is refusing federal help while her city is plunging deeper and deeper into gun violence.

On Tuesday, 14 people were wounded in one single incident of drive-by-shooting. The victims were attending the funeral of another shooting victim. To make matters worse, the attendees of the funeral also returned fire since they were armed as well. It was something that you would expect to see in a war-torn country. The following day saw ten people shot in Chicago with three killed. That’s how chaotic Chicago is, and its mayor is still using the opportunity to grandstand.

It has been confirmed that 100 officers will be sent to Chicago, while 35 will go to Albuquerque. Other cities are also being considered according to the President. Operation Legend was named after LeGend Taliferro, a 4-year-old boy who was shot back in June in Kansas.

The Democrats are protesting the use of federal troops to quell the riots in their cities. They are accusing the federal law enforcers of abuse. They are attacking federal buildings so they can get a reaction out of President Trump. When he does send out federal troops, then they say that he’s a tyrant and that he’s abusing the power of his office.

President Trump has singled out Chicago, “This rampage of violence shocks the conscience of our nation, and we will not stand by and watch it happen,” Trump said. He also invited some of those who lost loved ones because of the riots, and he promised that he would reinforce the law.