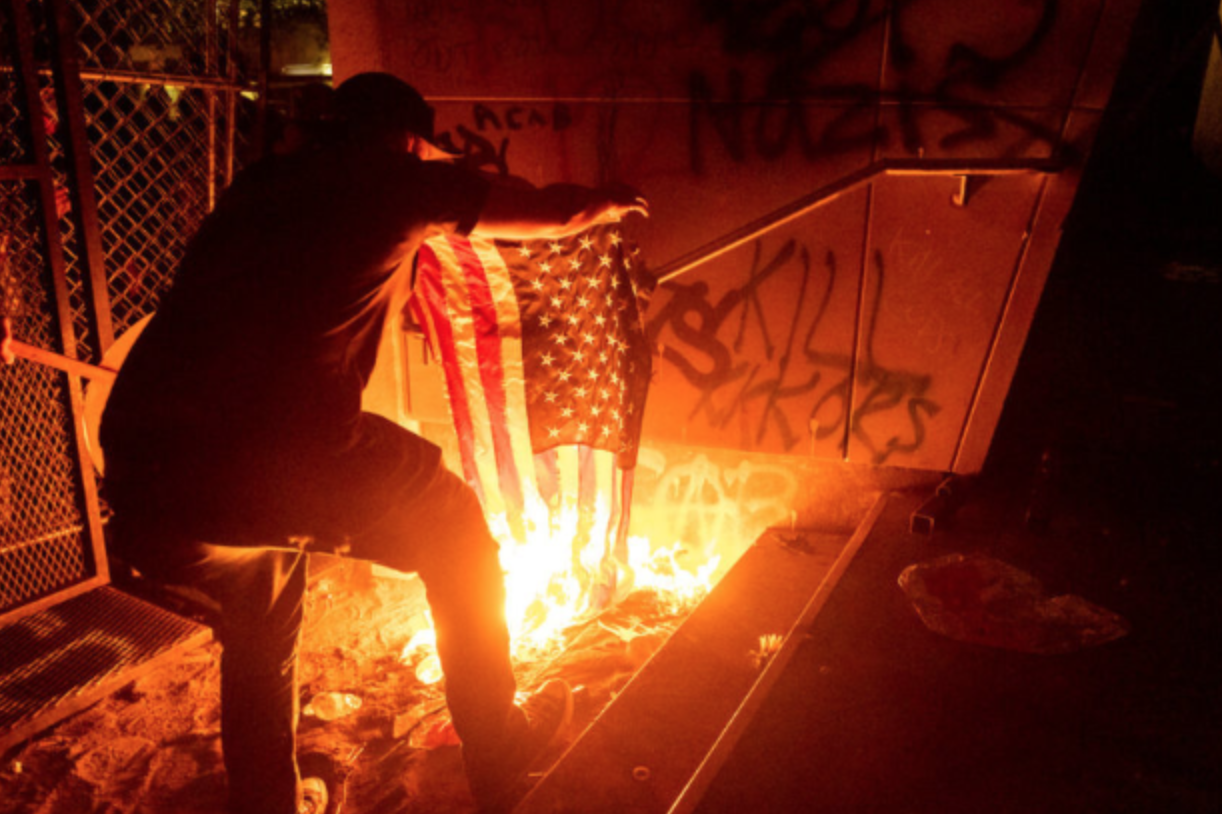 Portland experienced another night of lawlessness and rioting as protesters set fire to the entrance of a federal courthouse that they have been trying to breach. There were several other fires that were lit by the arborists in a further escalation to the tense situation that has seen others compared it to the beginning of the American Civil War in 1861.

The rioters gathered outside the Federal Courthouse and Justice Center; they targeted the buildings around the area by vandalizing them and trying to break into them. Fortunately for the establishment owners around the area, the rioters are not very organized or smart, so they cannot even break into most of the buildings, although they caused enough damage as it is. The police said that the protesters attacked the courthouse armed with hammers and crowbars. They destroyed the wooden barrier erected around the building.

The only reason they would choose to attack the federal courthouse is because they know federal agents must respond to stop them. https://t.co/0nsD0Wc3qq

The protesters are aided by the mainstream media in these tactics. They have repeatedly described the rioters as peaceful protesters who are not doing any damage or any violence. They have not shown the arsons and the riotings that they have done. The tactic to draw a response from the federal government is obvious, yet the mainstream media is pretending that it’s not happening.

They are just there ready to condemn President Trump if he dares to send in federal troops. The President has no choice about the matter. He must protect federal property, and when the local officials like the Portland mayor sides with the rioters, there is little else he can do except to send in federal law enforcers. It’s not surprising that others are comparing it to the start of the Civil War when President Lincoln also had to protest federal property, which became the actual spark to ignite the war.